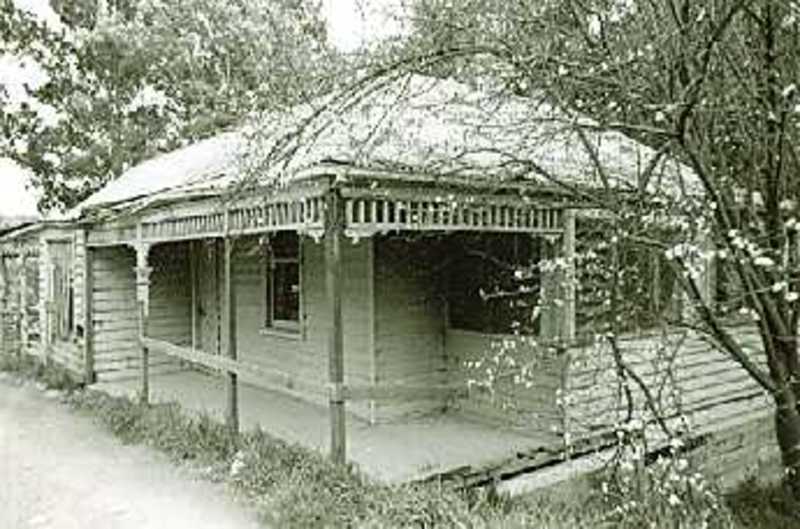 The oldest part of the building is probably part of a miner's cottage that would date from the 1850's or 60's, and this was incorporated into the residence and store which was built in 1876 for Mr. Alexander Speers. The general store included a post office from 1893 until 1972 when the post office was relocated to new premises.
Although there have been various alterations and additions over the years including a rear skillion addition and some verandah modifications, the basic structure is still intact. Architecturally undistinguished, the building has considerable local social and historical significance.
Classified: 16/10/1980
File Note. Building partially destroyed by fire 10/06/1982. Restored 1985.