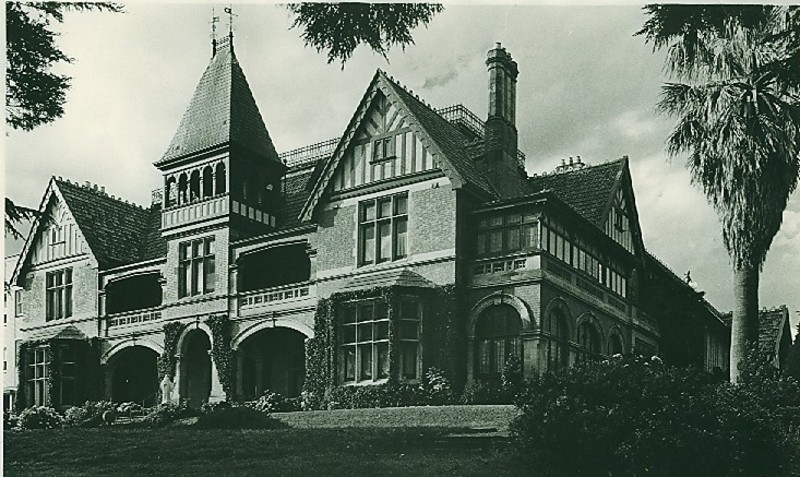 A pioneering example of Queen Anne Revival domestic architecture in Australia, built in 1888-9 to a design by Oakden, Addison and Kemp which is picturesque but basically symmetrical, and apparently influenced by the work of the English architect R W Edis. The roof treatment is elaborate, with dormer windows, a steep central pavilion, cresting, a widow's walk, and the first substantial application in Australia of imported Marseilles tiles. The ballroom was added and the interior completely redecorated to its present form in 1906 to the design of Bulling, Son & Peck. The fine encaustic tiled hall has a side arcade on squat shafts, and the hall and other principal rooms exhibit a fine range of multi-coloured pressed metal ceilings, plaster friezes, and stained glass. The house was built for Alexander McCracken (1856-1915). McCracken's father, Robert, owned Melbourne's most successful brewery and took his sons into partnership in June 1884. The firm pioneered new techniques in brewing before its take-over by Carlton and United in 1907. As well as his work for the family firm, McCracken was Chairman of the Royal Agricultural Society and a patron of several local associations, including the Essendon Football Club. His house reflects both his position in Melbourne industry and his standing in local society.
Classified: 01/12/1983
Revised: 03/10/1985
Show more
Show less
All information on this page is maintained by National Trust. Click below for their website and contact details.