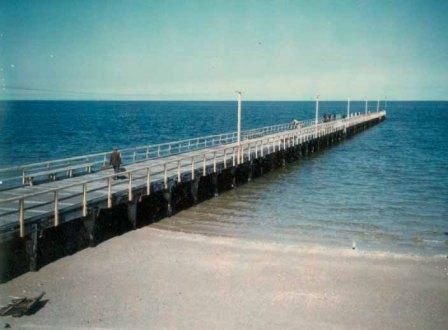 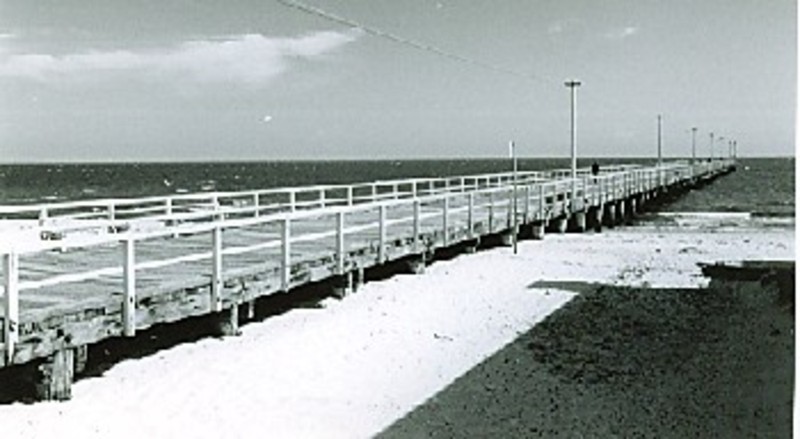 The Kerford Road pier was erected in 1887-9 by the Emerald Hill Council following ten years protracted negotiations with the Melbourne Harbour Trust Commissioners. Located on the fashionable Beaconsfield Parade beachfront at the end of Kerford Road, the wide jetty structure, traditionally formed of timber piles and superstructure was a popular promenade and sea bathing location in the late 19th. century.
The pier is of considerable historical importance as a substantial surviving jetty structure of the late 19th century. The pier was constructed when Beaconsfield Parade was a developing resort area and is integrally associated with the leisure and sea bathing activities established on the Albert Park-South Melbourne beachfront at the hight of bayside suburban development in the 1880's. The pier continues to function in its traditional role.
The pier bathing enclosure has been removed and the original light standards replaced. Otherwise the structure is reasonably well maintained and in constant use.
Adapted from AHC Citation
Classified: 20/12/1973