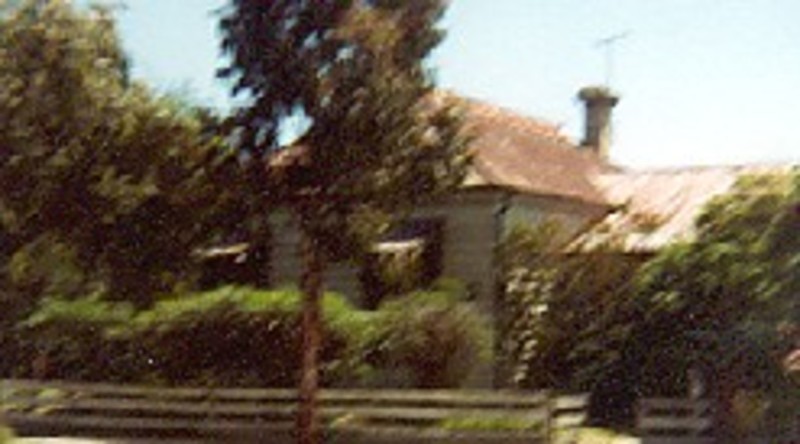 A prefabricated wooden house which is thought, because it is made of meranti and deridu timbers, to have originated on the Malay Peninsula and specifically, because of the many Chinese characters painted on the members, to be from Singapore. It has a roof of Morewood and Rogers's patent galvanized iron tiles, at least one of which has a painted inscription believed to be that of the Melbourne retailer, and this is thought to date from the original erection of the house in Collingwood in the 1850s. It has suffered considerable loss of integrity by reason of its removal to Mentone in 1900, considerable alteration in about 1930, partial demolition in 1983, and relocation to a new site in Collingwood. Today it retains some areas of early wallpaper but has lost most of its internal lining. It remains an exceptionally interesting technical specimen which displays the unusual timbers, heavy framing techniques, Chinese and other markings, and galvanized roof tiles. It is the oldest surviving Singapore cottage so far identified in the world.
Classified: 11/08/1983
Revised: 03/08/1998