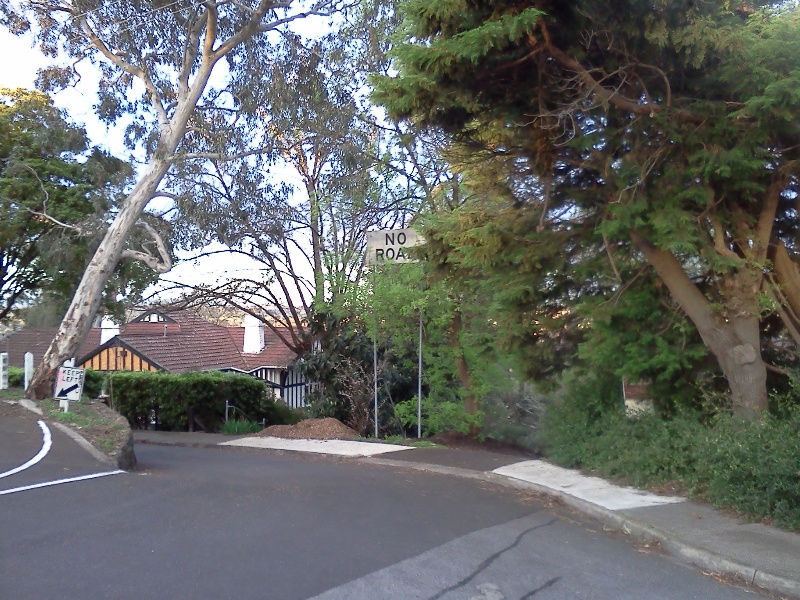 B2195 The Annear House and environs

Group Statement with Officer & Chadwick Houses.
A group of three houses is set out along a steeply sloping hillside at Eaglemont; each was to the design of Harold Desbrowe Annear and built during the first few years of the twentieth century. By 1918 H D Annear was to become one of the early Australian Architects to design after the new European Functionalism in his plans for Broceliande in Orrong Road, Toorak; at Eaglemont, in the years 1902-3 however, he seems to have been under the influence of the natural landscape in his approach to the external design of the houses, whilst internally he has followed an early form of Functionalism. The patterned walls of the houses, composed of narrow weatherboards and rough cast stucco, create a half-timbered effect which is very romantic and certainly at odds with contemporary architectural practice, in their absence of Art Nouveau influenced decorative detail. Internally, they demonstrate the open planning which was introduced for the first time in Australia by H D Annear and was to become generally accepted in domestic architecture some fifty years later. The three houses, numbers 36-38 and 32-34 The Eyrie (1902,1903) and number 55 Outlook Drive (1903), are all similar in form and appearance but differ in planning details and their use of the site. Annear designed number 36- 38 The Eyrie as his own home. The Group Classification includes the houses and their sites, together with the landscape of The Eyrie extending from The Panorama to Outlook Drive. Excluded is a new building which intrudes upon the group at the corner of The Eyrie and Outlook Drive.
See also B3281 (Officer House) & B3294(ChadwickHouse).
Classifed: 26/03/1981