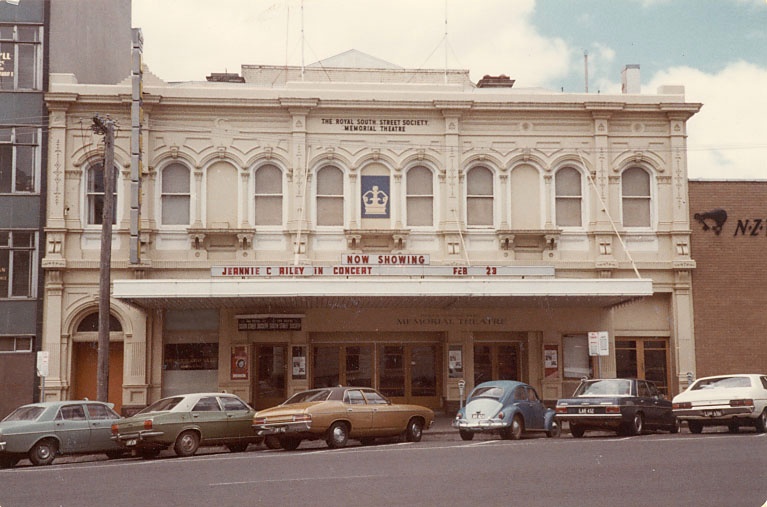 Her Majesty'sTheatre at its opening in 1874, was styled the "Academy of Music". It became "Her Majesty's Theatre" in 1899. After much alteration and following after various adaptations and use as a cinema it became the home of the Royal South Street Society in 1965. in 1987,the Society gifted it to the then City of Ballaarat, which undertook a major restoration of the building. The theatre re-opened as Her Majesty's in 1990. The Theatre is owned and operated by the city of Ballarat, while also remaining the home of the Royal South Street Competitions.
The theatre was erected for Sir William Clarke Bart, at the request of a group of local citizens to supersede the outdated 1858 Theatre Royal. It played an important role in the social life of Ballarat as the venue for touring professional theatre, local performances, political meetings and religious gatherings.The architect was George Browne and the builder James Sumner & Co. Alterations to the original design have been made by architects William Pitt in 1898, Clegg & Muller in 1906 and 1912, Cedric Ballantyne and Arthur Russell in 1927 and by Cowper Murphy and Appleford in 1943. the 1990 restoration was planned by Clive Lucas & partners in association with Civil & Civic.
The Royal South Street Society first used the theatre in 1896 and was the venue for that organisation until the beginning of the 20th century when the Society moved to the Coliseum in Grenville Street.
A Bio Box was built in 1916 and the theatre operated primarily as a cinema from that time until 1964.
In 1965 the Royal South Street Society purchased Her Majesty's Theatre and, after some remodelling, opened the building as the Memorial Theatre in 1966. .
The facade of the building is two-storied in height with stucco ornamentation in a somewhat florid Classical style . The upper storey windows are round-headed with archivolts supported by slender columns as are the two ground floor subsidiary entrances. The highly decorated curved entrance has now been lost.
Internally, the circle and gallery levels are horse-shoe shaped in plan and are carried on cast iron columns. The balcony balustrading is swag-bellied and decorated.The wall pilasters, panelled ceilings and proscenium are original decorations and some traces of Art Nouveau decorative motifs in the Dress circle lobby date from 1907. A 1937 Theatre Organ was installed by the Ballarat Theatre Organ Society between 1972 & 1982.. The 1899 opening dome which closed in 1907 was restored in 1990. The double balcony, supported on columns, is now the ealiest of this form of theatre remaining in Victoria and the theatre also contains a rare 19th century fly grid and original paint frame with wooden winches.
The shop fronts in the ground floor facade and the 1912 portico were recreated in 1990. While the first floor facade is intact, the parapet balustrading and ornamentation have been recreated. A skillion roofed building housing back stage facilities was added in 1899 and a similar feature was built in 1990.
Classified: 01/10/1980
File Note: May 2010. Statement revised to include restoration.