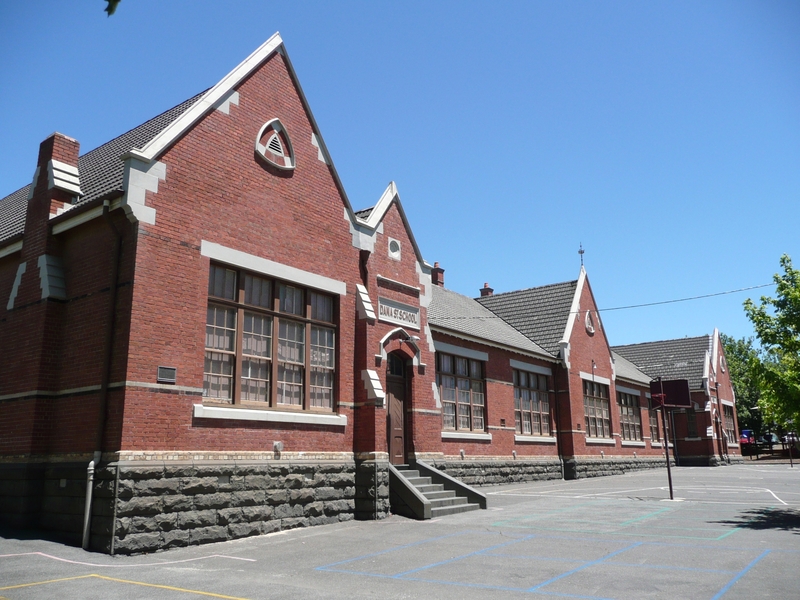 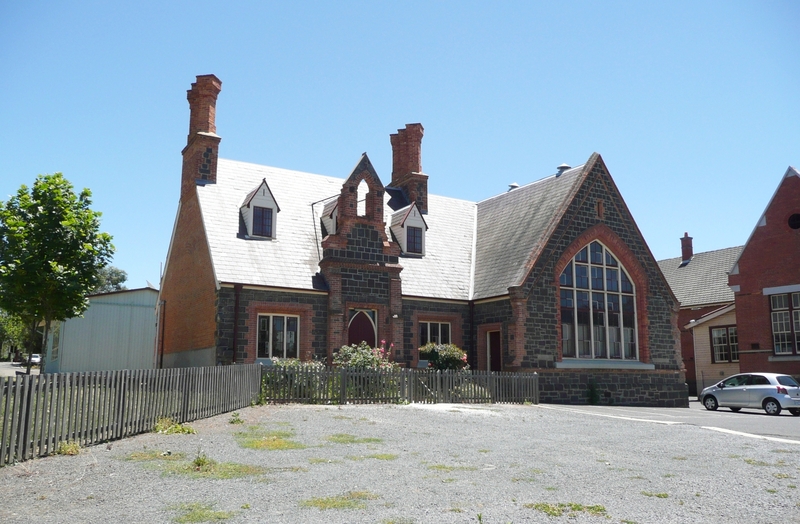 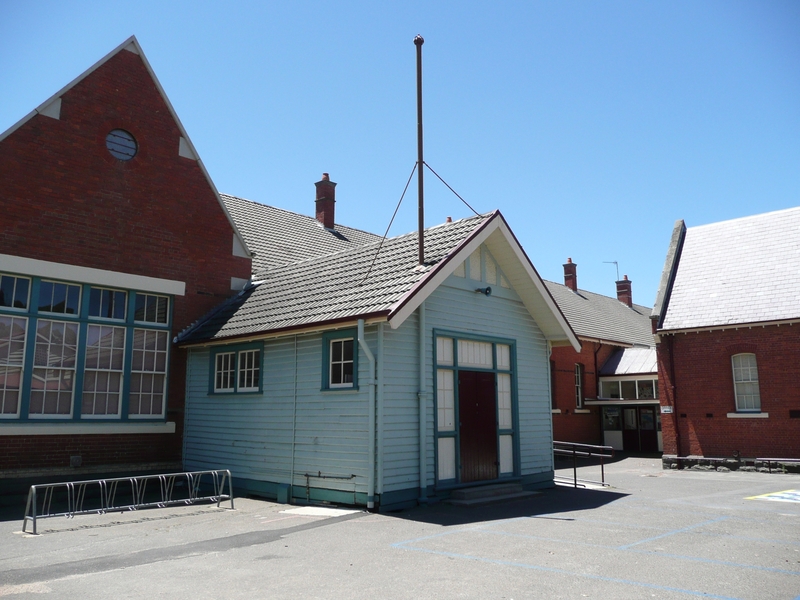 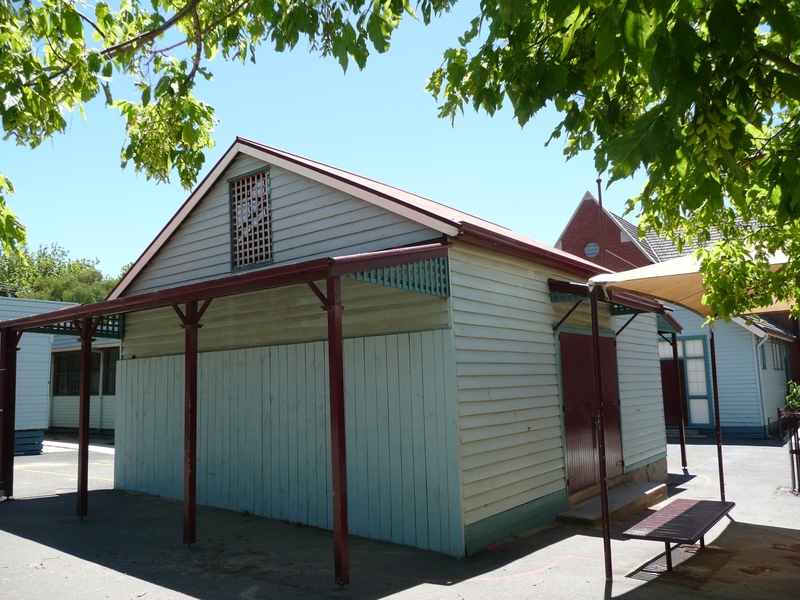 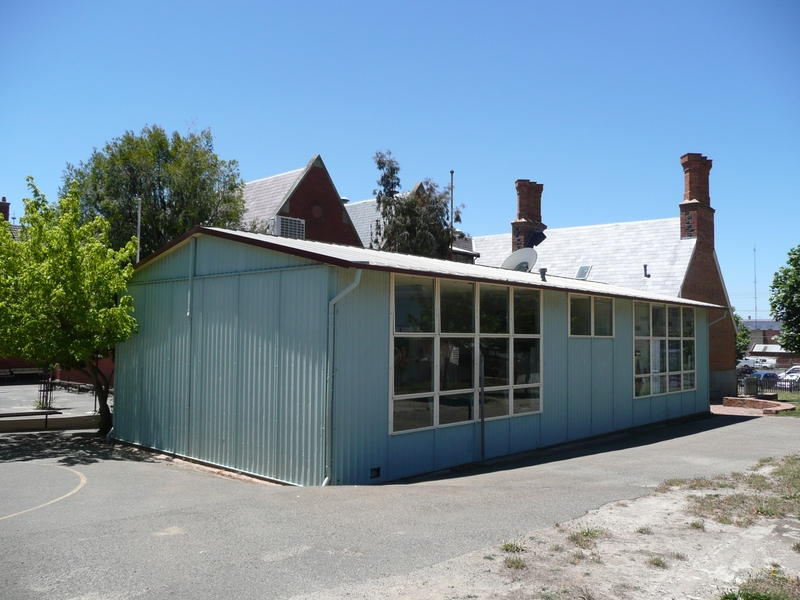 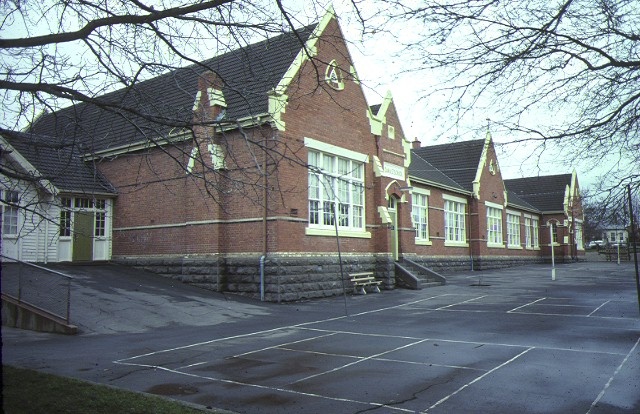 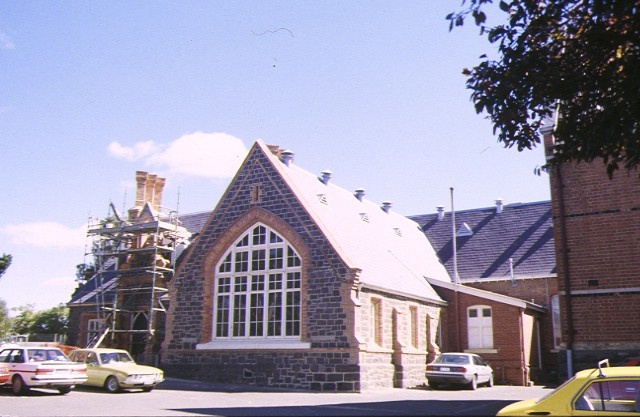 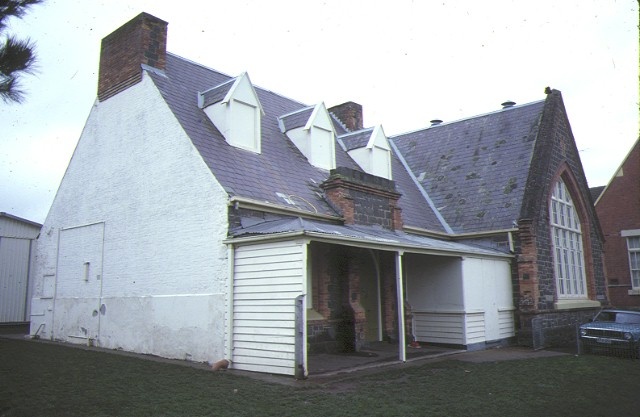 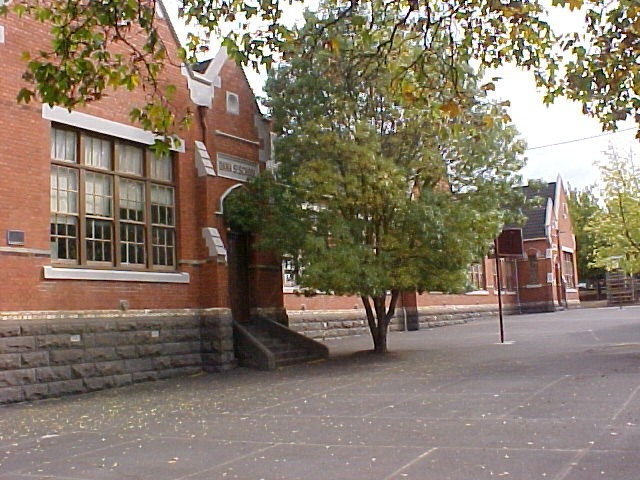 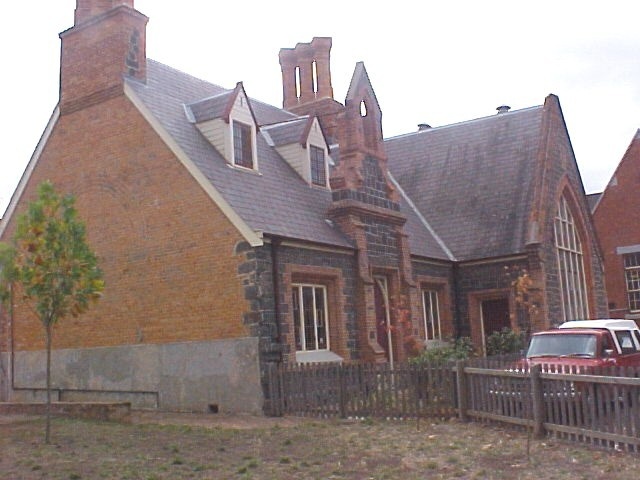 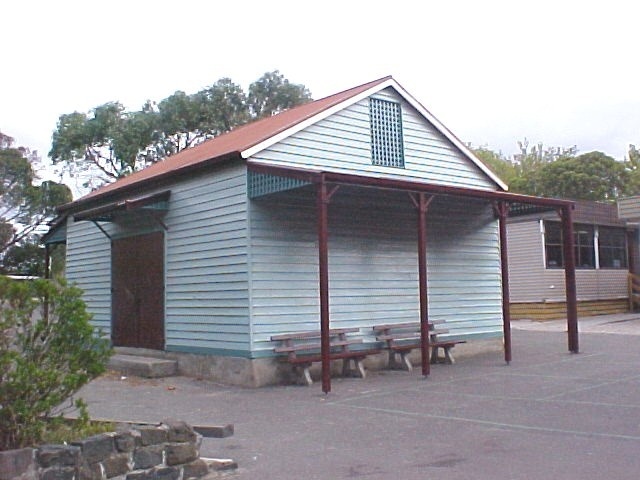 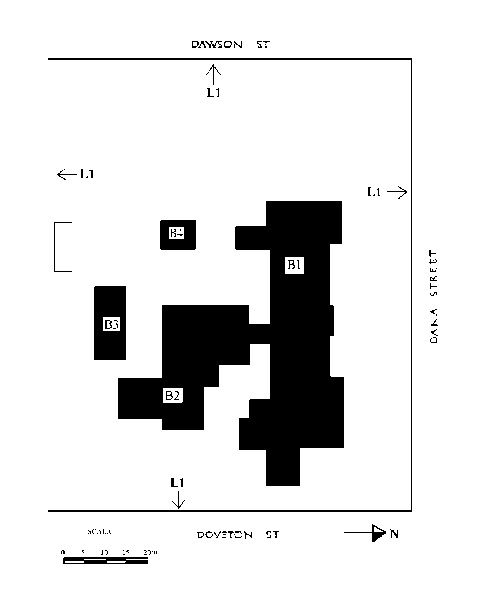 What is significant?
Ballarat, Dana Street Primary School No.33 was constructed in 1856 as the first National School in Ballarat West. It was designed by the prominent Geelong architectural firm of Backhouse and Reynolds and consisted of a classroom and attached two storey residence. It was opened on 12 January 1857 and was conducted initially by Mr and Mrs Charles Martin. A second building was built in 1875-76 adjacent to the former National School to face Dana Street. This Education Department School was built to a design derived from the Buninyong school of 1873-4. The 1856 building is of bluestone construction with with red brick detailing and a steeply pitched slate roof. The bellcote which was removed in 1948 was reinstated in 1998 along with the chimneys. The blank brick wall on the south side of the residence suggests that the original intention was to duplicate the northern wing to form a symmetrical composition. The 1876 building is constructed of redbrick and has an H-shaped plan with gable roofs. The site contains a timber shelter shed and a Bristol classroom. The Bristol classroom is a prefabricated aluminium building dating from after the Second World War and contains two classrooms with a central entry and store-room.

How is it significant?
Ballarat, Dana Street Primary School No.33 is of social, historical and architectural importance to the State of Victoria.

Why is it significant?
Ballarat, Dana Street Primary School No.33 is of social and historical importance as it is a school which has operated as a local school for 140 years and reflects the social and historical changes that have occurred in Ballarat since its beginnings as a National School in 1856. The establishment of a National School in 1856 represents a boom period in Ballarat , when there was a rush for gold in the area. The prefabricated Bristol classroom on the site is a representative example of a building type. It demonstrates the shortage of building materials in the years immediately after the Second World War . The use of imported prefabricated aluminium classrooms was a response to the pressure on the Education Department to provide for a rapid growth of population after the Second World War.

Ballarat, Dana Street Primary School No.33 is of architectural importance as the 1856 school is an intact example of a National School. The residence which was part of the National School retains its original floor plan. The National School is an early example of the work of prominent Geelong architects Backhouse and Reynolds who formed in 1855. A detail of note is the use of brick dressings to the window and door reveals and in the buttressing which provides an interesting contrast in colour and material. The 1876 Education Department building is a representative example of a Competition Derived School. The complex of buildings on the site including the timber shelter shed demonstrate a changing sequence of styles and usage over time after the school's establishment in 1856. The aluminium classroom on the site is an intact example of a Bristol classroom and retains its original corrugated aluminium ceiling.
Show more
Show less
All information on this page is maintained by Heritage Victoria. Click below for their website and contact details.