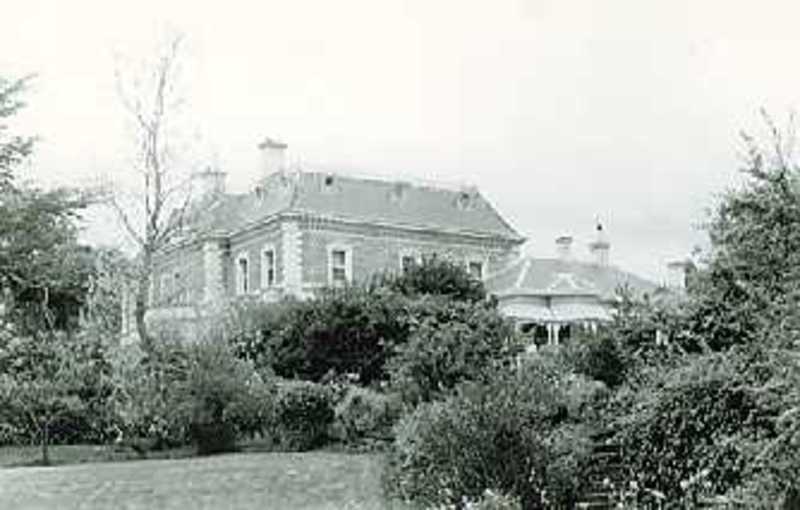 Golf Hill Station is one of the oldest pastoral properties in Victoria, being founded in 1836 by the Clyde Co. of Port Phillip. The homestead was built for the celbrated Western District pastoralist, George Russell, and is of an unusual design derived from the French and Italian Renaissance. It is an impressive example of the residential work of Melbourne architects, Smith & Johnson, architects of Melbourne's Law Courts in 1882.

Golf Hill, Store.
Simple brick building from 1854, the brick floored cool room at one end with high window s shaded by iron and timber verandah on three sides, a loft over and shingles under the iron roof. Later additions excluded from classification.

Golf Hill, Men's Quarters.
A well-proportioned building of 1865 comprising sleeping quarters and kitchen of coursed squared bluestone with verandahs and unusual ventilator s in the slate roof, also a baker's oven and weatherboard enclosures of parts of the verandah probably of later date.