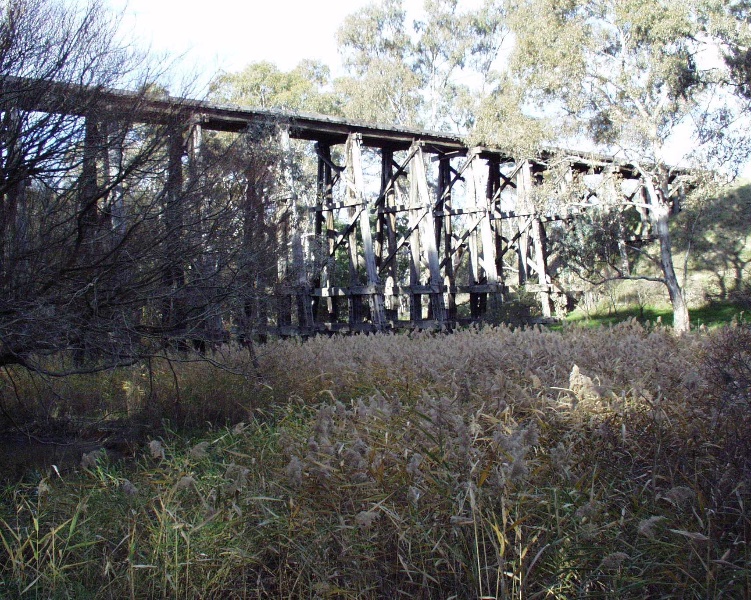 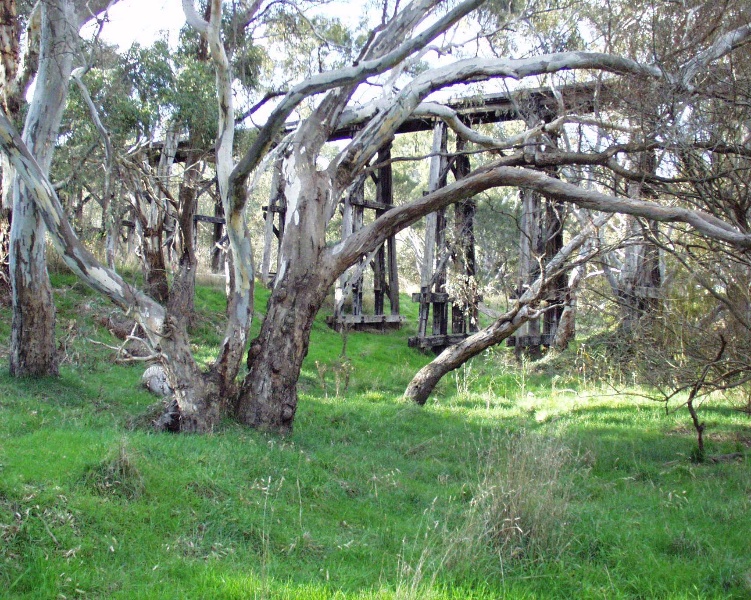 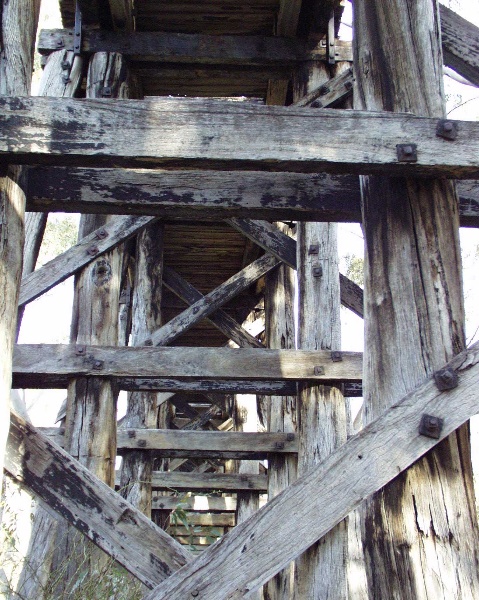 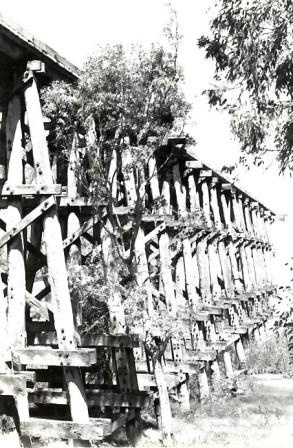 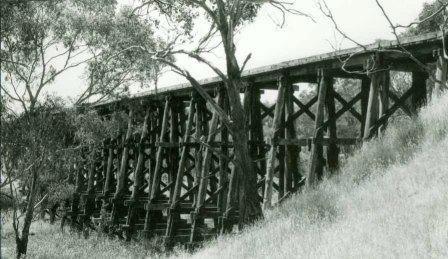 The Rail Bridge was constructed in 1889 by the firm of McDermott & Sons, on the Wandong-Bendigo Line, for the Victorian Railways. It is a 26-span, timber trestle bridge, with a timber deck that carries a single track over Mollison's Creek. The line was closed in 1968 and the track and timber sleepers have been removed. The bridge is currently fenced off.
The Rail Bridge over Mollison's Creek, Pyalong is historically and architecturally significant to the State of Victoria.
Why is it significant?
The Rail Bridge over Mollison's Creek at Pyalong is historically significant as an important reminder of the Wandong-Heathcote-Bendigo Railway. The line was important as it was used to supply the Bendigo mines with shaft timbers, and for the transportation of wool and sheep. It is also an example of a rail bridge constructed as a result of the 'Octopus Act' of 1884.
The bridge is architecturally significant as a notable example of timber trestle bridge construction, and demonstrates a distinctive and presently rarely used construction method, utilising the best qualities of native bush timbers. It is a typical and substantially intact example of a timber trestle bridge, using stay piles and timber longitudinal girders supporting the rail deck.
Adapted from Heritage Victoria statement 25/10/2011
Classified: 01/03/1973