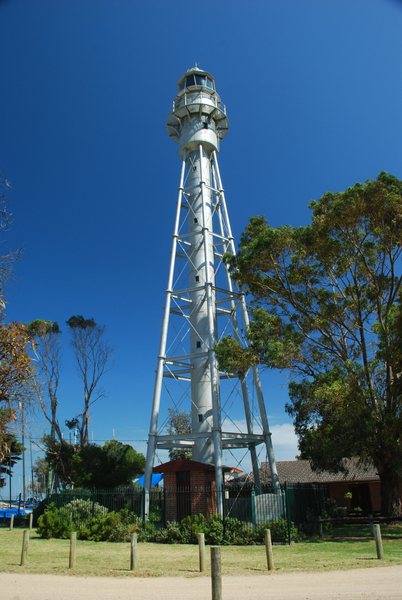 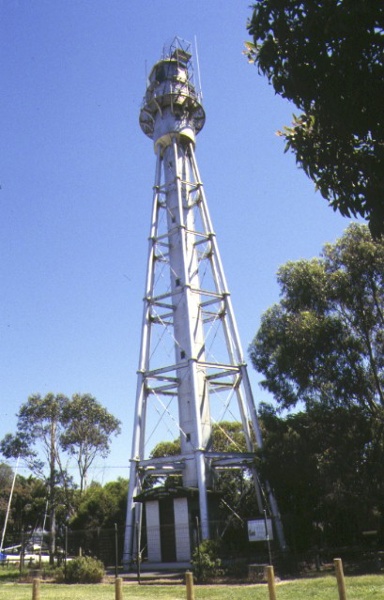 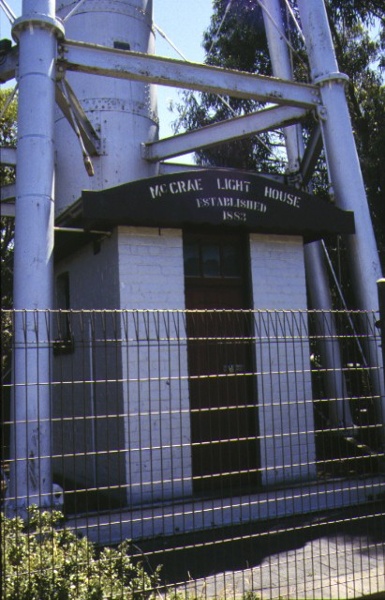 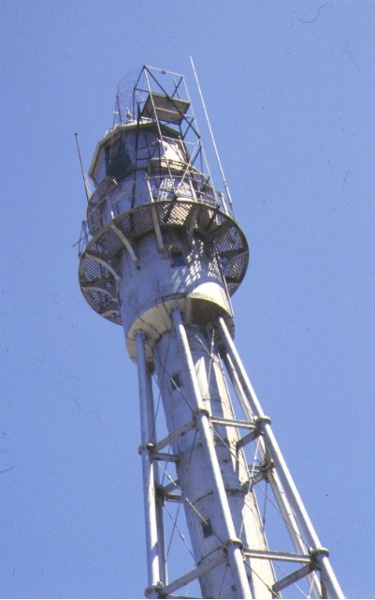 The Eastern Shore Light has served an integral part of the Port Phillip Bay navigation system since the 1850s. A timber light was built at McCrae in 1854. It was later transported to Arthur's Seat where it served for many years as a lookout until replaced by the present concrete structure apparently built for Victoria's centenary in 1934.

The present light was built by Chance Brothers & Co. of Birmingham in 1874 and transported to Australia by sea. It was erected in 1883, and is the highest light in Port Phillip Bay. The light was automated during World War One.

South Channel pile light was built in 1871-2, and the new McCrae light ordered, although shipping of the light from England meant it was erected far later.

The lighthouse keepers quarters were located at the foot of the light. These were demolished after the Second World War. The existence of the light keepers' families contributed to the number of children requiring a school closer than Dromana in the early 1870s.

The Eastern Shore Light is a riveted iron structure, with the light at a height of 30.79 metres. There is a small brick building at the base with a vaulted roof.