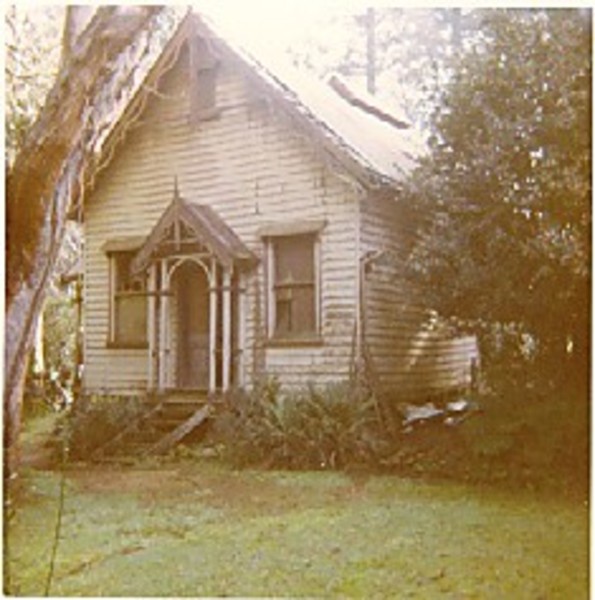 House Statement ofsignificance. An example of a private mountain retreat in the Late Boom Style. The complex comprises main building and annexe, studio, smoke room, pool and lych gate. Built in 1894 to the design of its owner, the noted anthropological and social photographer, John William Lindt (1845-1926). At its peak, The Hermitage had 6 separate buildings, including the enormous ground-glass-walled studio with stage. The buildings were set in landscaped gardens with three tree-houses.The colonial botanist Baron von Mueller contributed many of the seedling trees to the garden of his friend Lindt. Its intrinsic architectural interest is enhanced by its inspired siting and above all, by its intimate association with its creator. Later became a guest house.
Classified: 27/01/1972

Garden Statement of Significance. The Hermitage, property of noted photographer John William Lindt, commenced in 1894 and developed until his death in 1926, then continued in use as a guest house by Joan Anderson, is of National significance:
- as amongst the best surviving examples of a nineteenth century hill station in Australia, exemplifying such characteristics as terraced layout, use of natural water features, a mix of exotic and indigenous planting, picturesque timber buildings and, sharing a characteristic of many Mount Macedon hill stations, having creators who were members of Victoria's scientific and cultural community;
- for its retention of many features from Lindt's ownership (1894-1926); these include a balance between forest and cleared land, mature tree plantings, terraced garden beds and paths, remnants of the lily pond, garden buildings, meadow planting of bulbs; and subsequent sympathetic planting by later owners;
- for its retention of a rustic lych gate, now a rare surviving nineteenth century Victorian example of such a structure;
- for several outstanding plants such as the Cryptomeria japonica 'Elegans' and Eucalyptus cypellocarpa, both listed on the National Trust's Register of Significant Trees of Victoria for their outstanding size;
- as a complementary setting for a house, studio and outbuildings of architectural and considerable historical significance;
- for its place in the history of Victorian tourism, being a major early site in the Healesville/Black Spur area.
Classified: 13/02/1991