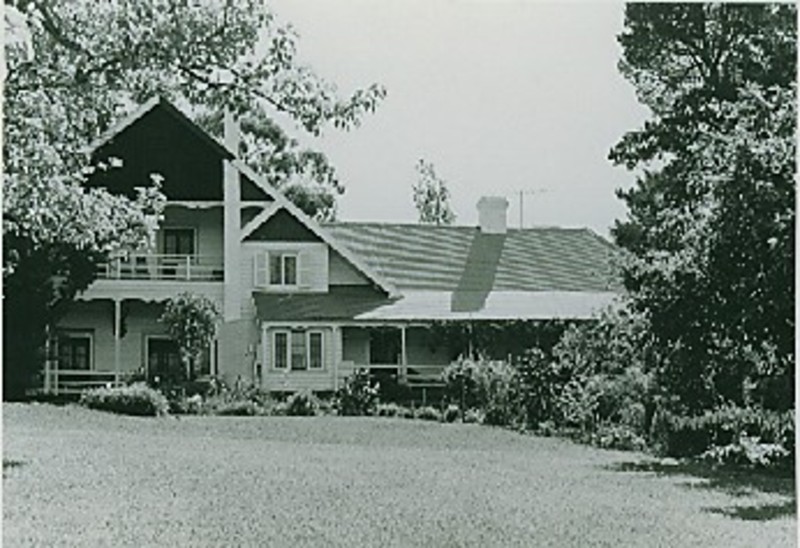 Murrindindi Station was purchased by Alex. Miller and J. MacFarlane in 1844. Miller retained Murrindindi until he died in 1862 and was buried on the property. In 1881 the station was purchased by Duncan McLeish who sold it in 1912 to Harry Gordon. Miller erected the original brick homestead, kitchen and stable block in 1844-45.
McLeish erected the extensive woolshed in 1881 and Gordon erected the present two storey timber gabled homestead wing in 1912.
This is a notable example of a vernacular Australian homestead complex and survives from early times.
It is significant for its association with Alex. Miller who was a well-known local identity. The original homestead, erected from locally hand-made bricks, is simply composed and planned with a central corridor typical of the period. The fine cedar joinery is a notable feature. The two storey 1912 wing contributes to the charm of the building. The original stables, woolshed, and the fine gardens are also notable.
The property has been recently "restored ". It is doubtful whether the original brick walls were left unrendered (they have now been stripped back and exposed).
Classified: 29/10/1959
Show more
Show less
All information on this page is maintained by National Trust. Click below for their website and contact details.