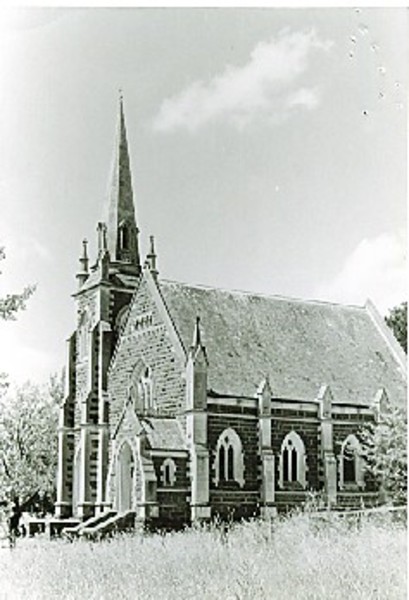 Church Statement of Significance: A church which was, unusually for Victoria, wholly privately endowed (as a memorial to the squatter Phillip Russell), and is finely built of bluestone. Imposing as it is, the effect of the tower is somewhat marred by the inadequate diameter of the base of the spire. The building has an impressive interior with stone pulpit and unaltered pipe organ by Fincham & Hobday.
Church Classified: 'Local' 23/07/1969
Revised:18/05/1989

Organ Statement of Significance:A two-manual organ of 11 stops, of lavish quality, built in 1893-4 by Fincham & Hobday, remaining in a remarkable state of originality, retaining its polished blackwood casework with double facade of ornately diapered pipes, tubular pneumatic action, tonal scheme and pipework. It is among the earliest Fincham instruments to survive retaining its pneumatic action which was first introduced by the firm in the previous decade, and the sole example known to remain utilising sliderless windchests.
Organ Classified: 'State' 02/07/1990