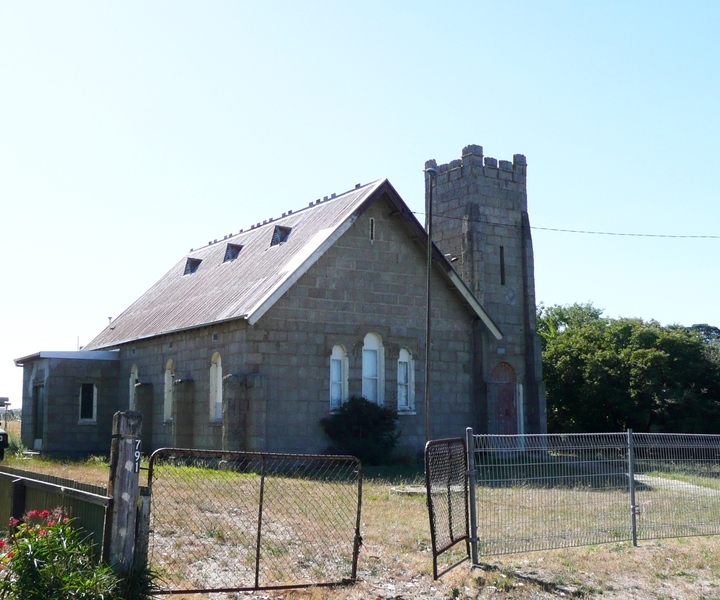 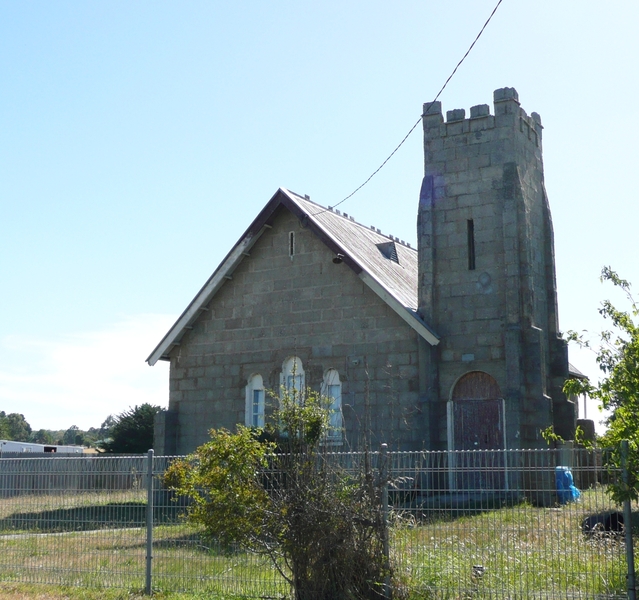 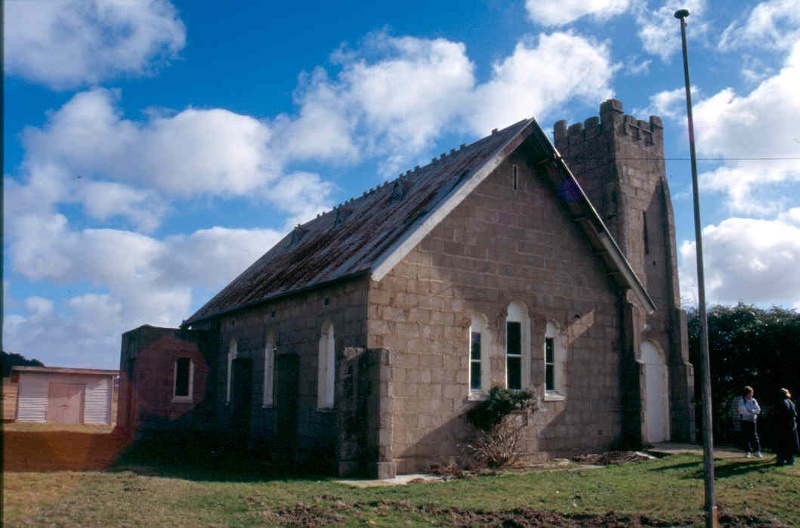 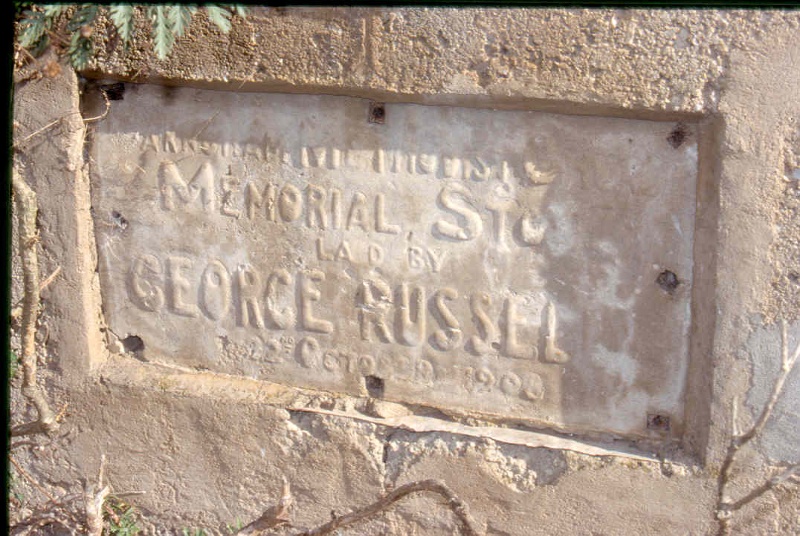 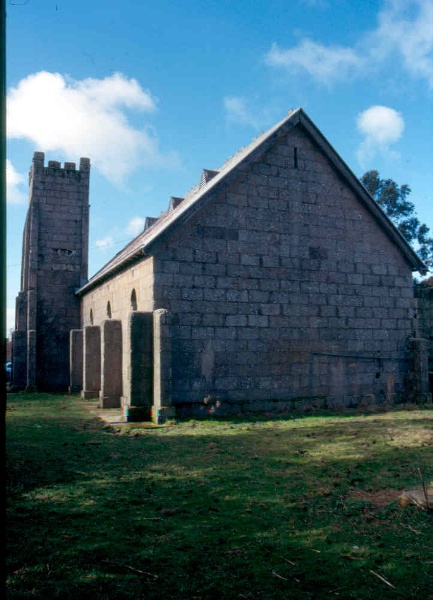 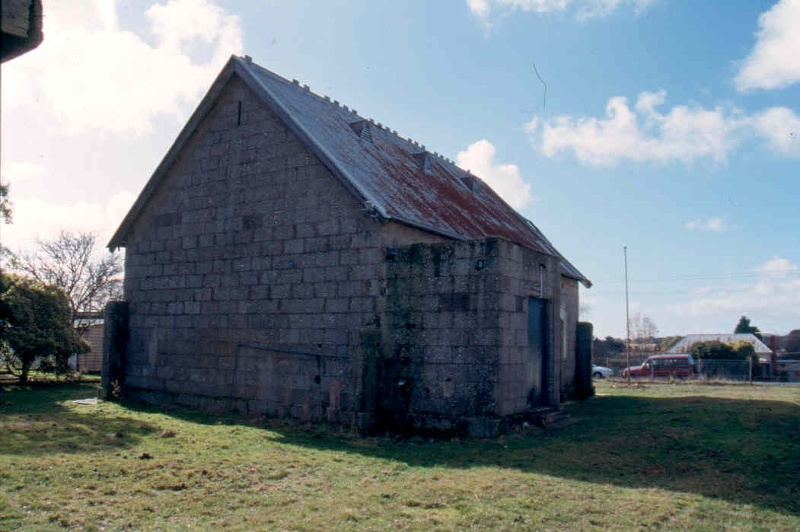 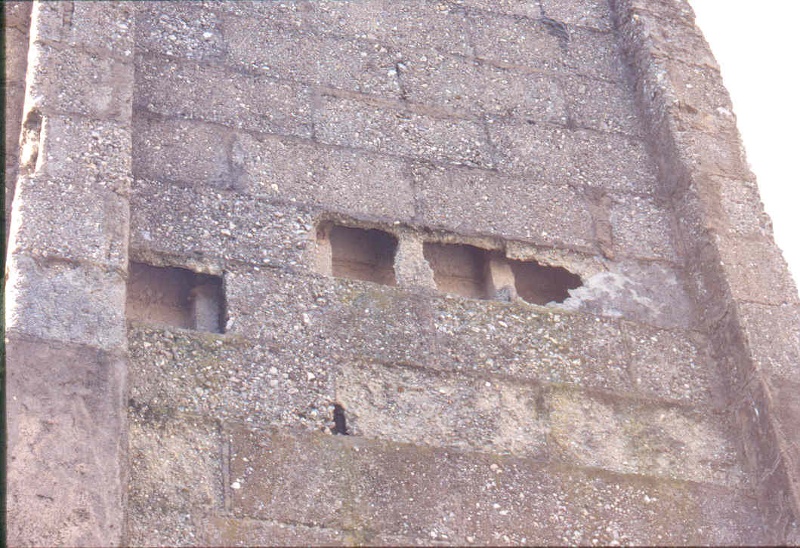 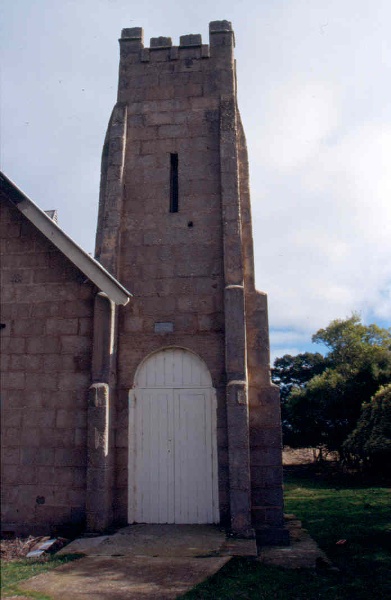 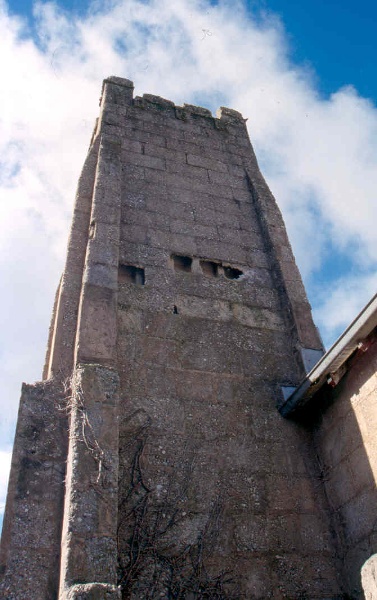 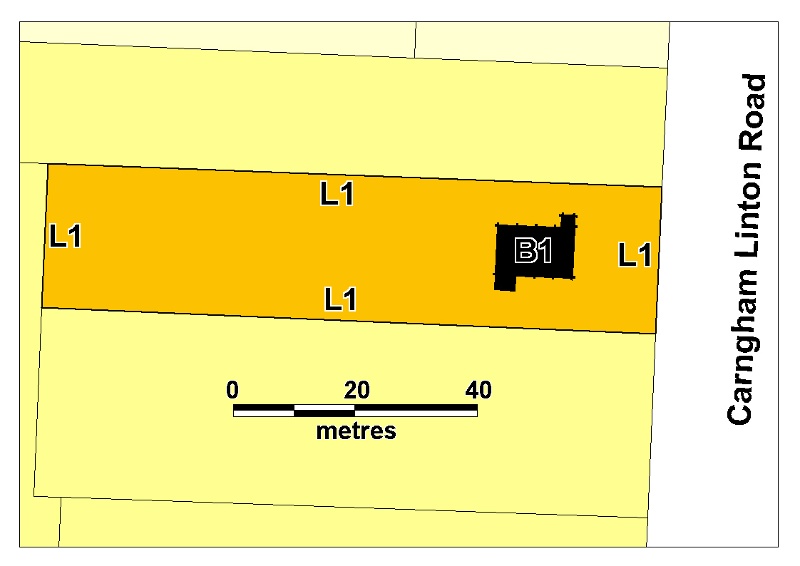 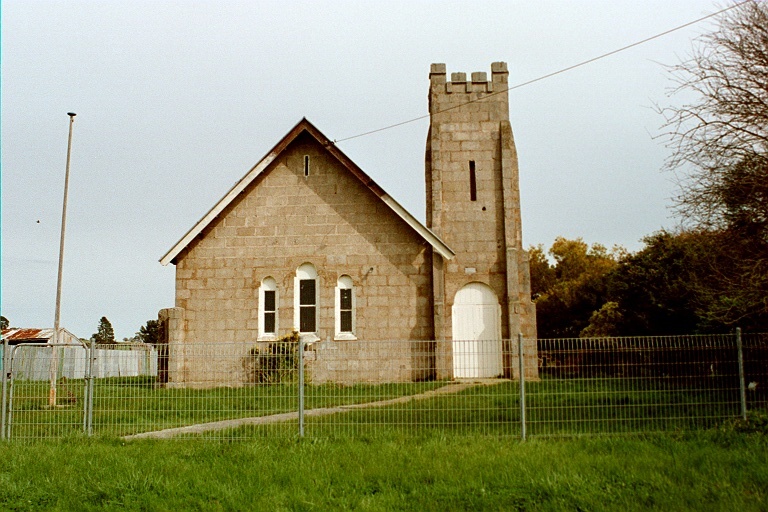 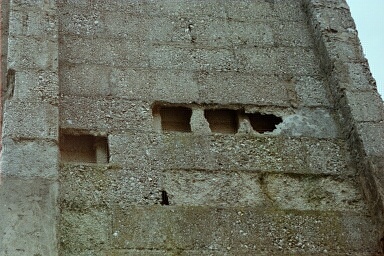 By 1908 the Snake Valley/Carngham Methodists were seeking to replace their existing church which was dilapidated and too small for their requirements. The Honourable Philip Russell, a local pastoralist, had made a bequest of £1000 for the construction of buildings in his memory. The Methodists borrowed £300 from the bequest to build their new church. Russell's son George laid the memorial stone for the new Carngham Methodist Church in October 1908. A time capsule beneath the stone included a document claiming this to be the first building erected in Australia by the 'concrete hollow wall principle'. An architect was involved but is not known.

The building is designed in a simple Norman style. The nave has an iron clad (originally Marseille tile) gable roof with narrow eaves on the sides and gable. The ceiling is coved at a high level with a softwood board lining. The timber trusses are built up out of three layers with the inside layer shaped into Gothic tracery. The positions of the three trusses are reflected on the outside of the building with simple buttresses. The windows and the tower door have concrete lintels with semicircular heads. The windows originally had diamond leaded lights. The tower on the side of the nave to the front has tapering corner buttresses and a crenellated top. A small porch is located to the rear on the opposite side.

The blocks are T sections and are laid with a skin on either side and joined by the legs of the Ts internally. This forms a series of cavities similar to those of the hollow concrete blocks which would soon become the norm. They blocks were made on site using aggregate apparently derived from the mullock heaps in the township. The Anglican Church Hall built in Linton in the following year uses similar but more sophisticated T shaped blocks.

Why is it significant?
The Snake Valley Wesleyan Church is of architectural and historical significance to the State of Victoria.

The Snake Valley Wesleyan Church is of historical significance as the second Methodist Church in Snake Valley/Carngham and for its connection with the development of Snake Valley from a gold rush settlement into a more established community.