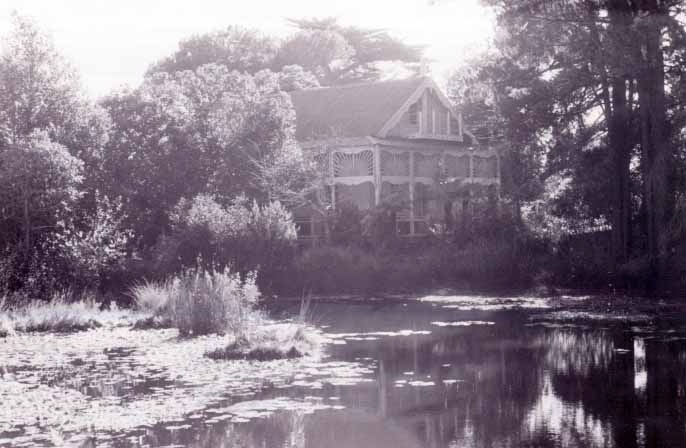 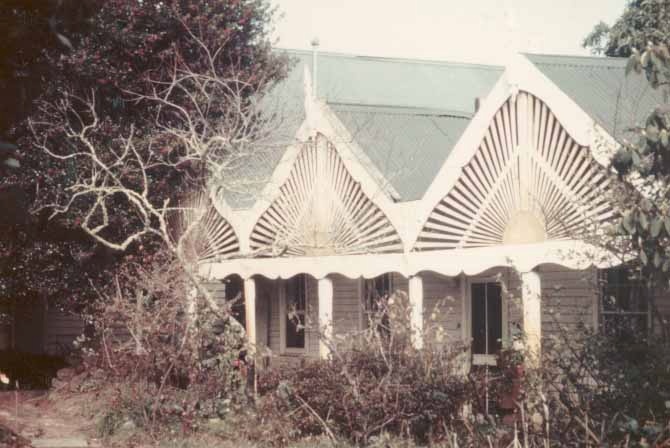 A timber homestead of 1859-1862 with extensions of about 1880-1900 believed to be the work of a Swedish ship's carpenter, who gave them a distinctive decorative character, especially about the gables, verandah and garden gate. The extensions are over large bluestone cellars originally used for the estate winery, and include a drawing room with intact decorative finishes and furnishing.
Classified: 03/08/1973

Garden Significance:
Belmont, the property developed by James Frazer Watkin and Laura Ninham from the late 1850s until the late 1880s when the house reached its current form, and then maintained by his family during the twentieth century, is of State cultural significance:

- as a fine example of a small farm property with distinctive local features related to its central goldfields setting; important aspects include the historical factors associated with its foundation and development (such as goldfields infrastructure and land selection); the extraordinary collection of farm buildings, used and adapted for well over a century; the spatial layout of the buildings and components and hierarchy of the buildings and spaces which has a strong ability to demonstrate the working of such a property; the strong theme of water conservation and usage demonstrated by the Wimmera reservoir, the water races, service pipes, ornamental ponds (formerly mining dams) and the impact of abundant water in this relatively dry locality in the creation of an 'oasis in the wilderness';

- architecturally the external detailing of Belmont is unusual - if not unique - with various configurations of the rising sun motif being repeated in different parts of the building; the house remains substantially unaltered from 1886 being the product of at least three major building campaigns and contains an intact nineteenth century decorative scheme and most of the original furnishings in the drawing room - a rare surviving example of a complete decorative and furnishing scheme in a modest country property of this era - and extensive cellar;

- for its garden, which is an outstanding and extraordinarily intact example of a goldfields pleasure garden privately developed for both private and public use; key components include the rare and unusual covered gate, the fencing and hedging, the path layout and surface (particularly the front path (which remain from 1887 and earlier), the ornamental lily pond, the drive, the water race (especially as a determinant of the garden and farm design) and the collection of plants which is representative of a mid-nineteenth century domestic garden;

- for its ability to demonstrate the social history of a successful mid-Victorian family, through the completeness of the property and setting, including house, outbuildings, garden, interior decoration, contents and associated archival holdings including photographs, diaries and family papers; and

- for the considerable aesthetic values associated with the ornamental nature of the design of both house and garden, and also the manner in which an ornamental theme has been subtly extended to utilitarian components of the property (e.g. timber detailing); and for the qualities associated with the maturity of the garden and setting, which although vastly different to the early years of the property have now acquired a special value to the community.