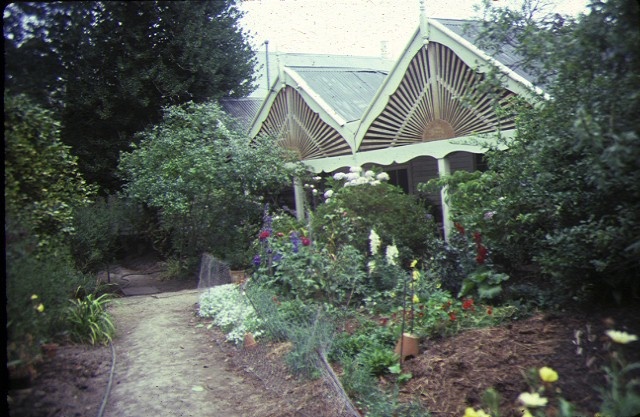 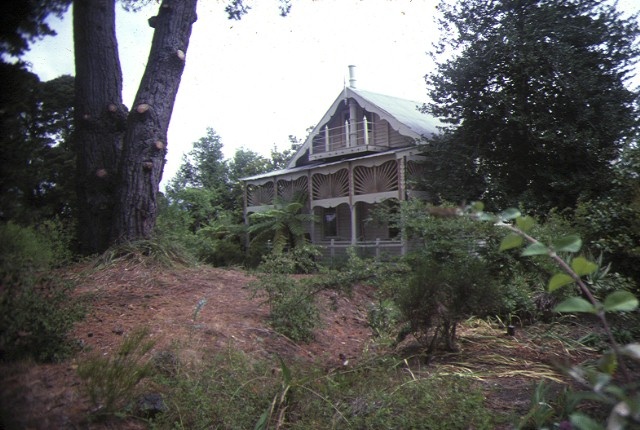 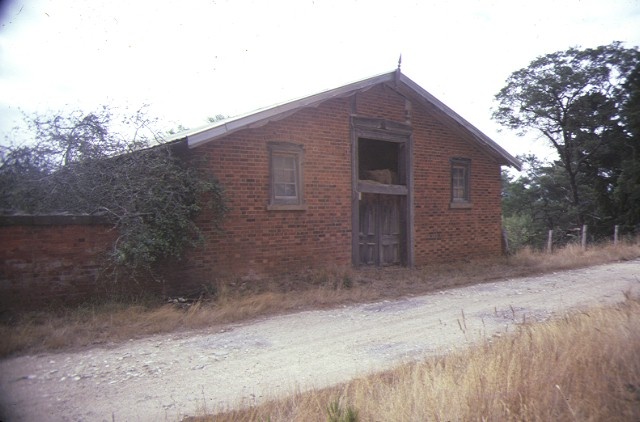 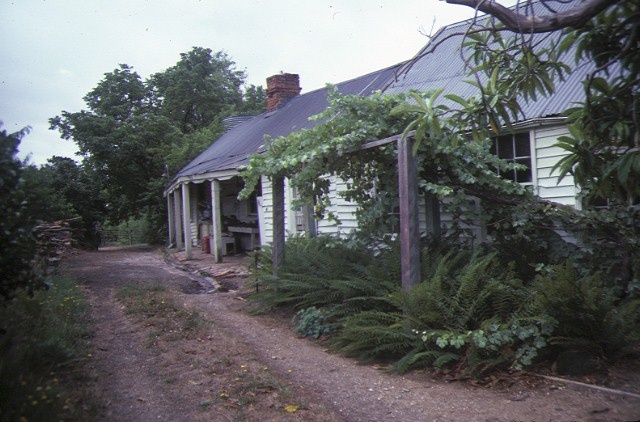 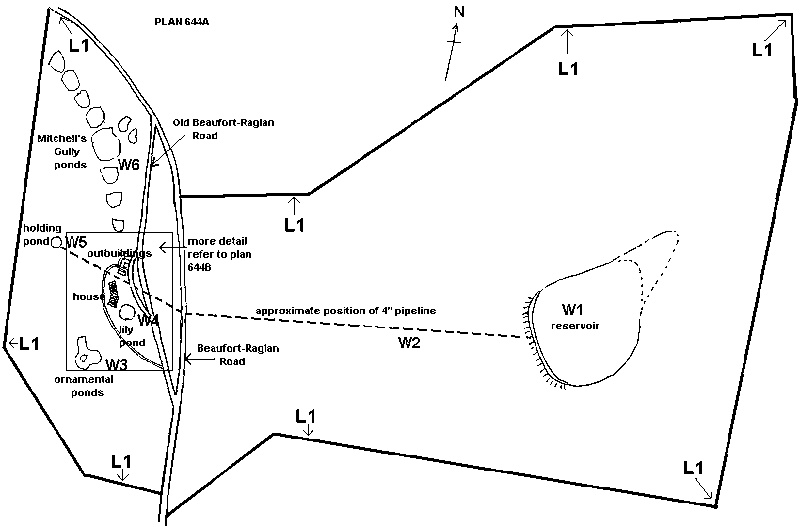 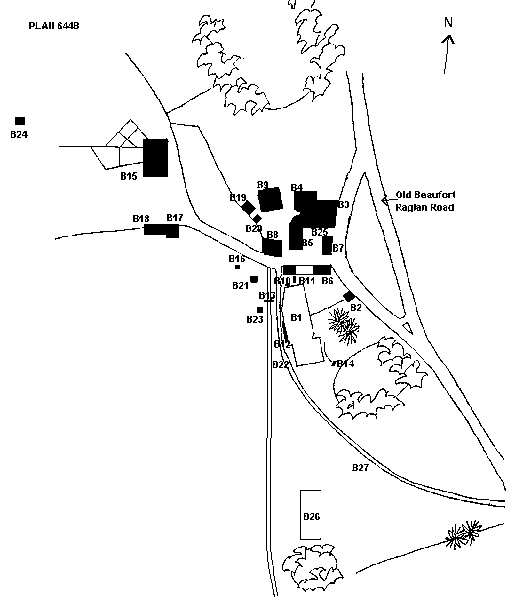 In about 1858, James Frazer Watkin, an English engineer occupied land on a Miner’s Right near the Mount Cole to Mitchell’s Gully water race at Raglan. J. F. Watkin had been involved in construction of the race commissioned by the Ballarat Goldmining Company, which was originally used to bring sluice water from Mount Cole to the head of Mitchell’s Gully, which lies immediately north of, and below the present homestead. In 1861 the construction of the original section of Belmont was commenced and orchards and vineyards established. The house was extended over time culminating in the major addition of the 1886 wing and verandahs. Mr William Fustrom, a ship’s carpenter, built these additions. The garden was laid out from the 1860s, originally covering five to six hectares but now reduced to 0.2 hectares. The lily pond was completed in 1864. The garden was opened to the public as a pleasure garden in the late 1860s and wine and fruit were sold to the public. The farm produce was also used to feed the contractors and many of the farm buildings such as the smoke house and kitchen were used to prepare food to be sent away in vans to feed the gangs at their work sites. In about 1877 Watkin constructed the Gully reservoir, which still provides water to the garden through a four inch main, and the ornamental lily pond were used as an overflow for watering the property. The ponds to the north of the homestead in Mitchell’s Gully were JF Watkin’s imaginative response to the destruction caused by mining. By filling the diggers' holes with water an attractive feature was created. Ornamental ponds are also situated to the south of the homestead. James Frazer Watkin died in 1896 and his sons Harriet and Louis carried out the contracting work and property management respectively until Louis’ death in 1942. Louis and his son Max E Watkin purchased additional land until 1960 when the property had grown to 1600 acres (648 hectares). Fruit growing was gradually replaced by wool production with the farm concentrating on fine and superfine wool since about 1930. The present owner Mrs. Jocelyn Reid is the daughter of Max and Lorna Watkin.

Belmont is of historical, architectural, aesthetic and technical significance to the State of Victoria

Belmont is of historical significance because of the completeness of its setting-house, interior decoration, significant contents, garden outbuildings and contents and is outstanding as a rare survivor of a small rural estate and its associated way of life. The extensive gardens, which were opened to the public as pleasure gardens in the 1860s, retain the characteristic garden elements including the ornamental lake, orchard, flower beds, vegetable gardens, garden buildings and substantial outbuildings including a pigsty, buggy shed and brick stables. The property is sited directly on the main water race to Beaufort and the ornamental ponds started life as mining dams, and these features provide a direct link with the gold mining era and the need for water as part of mining operations. The landscape of Belmont is of historical significance for its substantial evidence, both documented and on site, of garden, orchard and vineyard and associated outbuildings and architectural features such as the fernery. It contains a substantial number of old fruit varieties in remnant stands and the present garden layout is relatively unchanged from its modifications in 1887.

Belmont is of architectural and aesthetic significance as the external detailing of the homestead is unusual with various configurations of the rising sun motif being repeated in different parts of the building. Internally the building remains substantially unaltered and contains an intact nineteenth century decorative scheme and most of the original furnishings in the drawing room that was part of the 1886 addition. This is a rare surviving example of a complete decorative and furnishing scheme in a country property of this era. The cottage garden is intact, and the lych gate is a feature which is both rare for its good condition and unique architecture. Most of the outbuildings and garden structures date to the late 1880s and are still intact. They are important as representatives of horticultural and agricultural practices. The landscape and associated buildings and water features of Belmont are of aesthetic significance as they contribute to and support the house, completing the setting of the property.

Belmont is of technical significance for the strong theme of water conservation and usage demonstrated by the reservoir, the water races, service pipes, ornamental ponds (formerly mining dams). The irrigation system established in 1877 and still in use today is of historical importance for its demonstration of early water supply techniques.