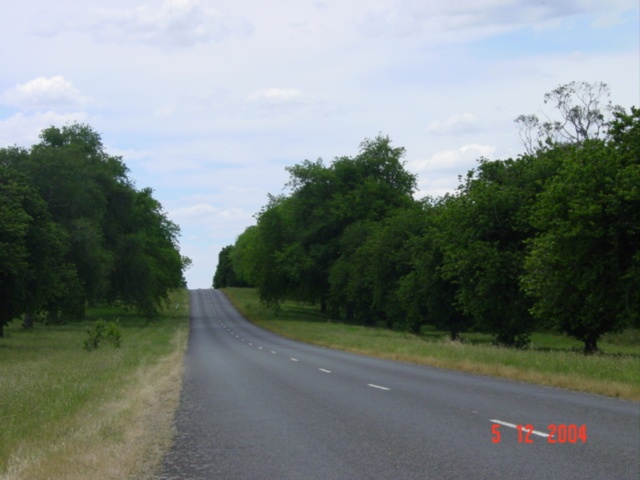 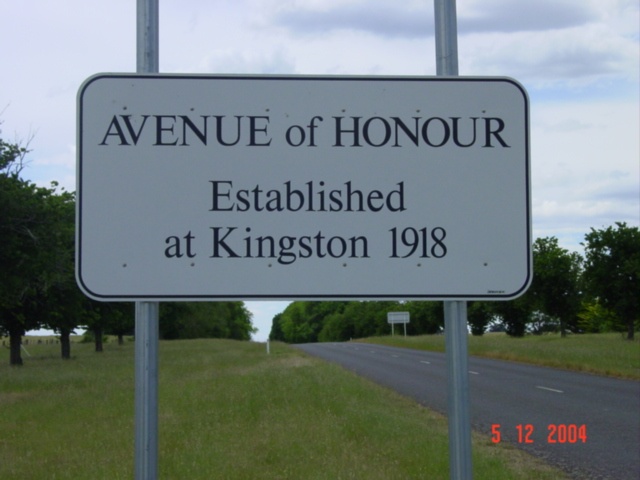 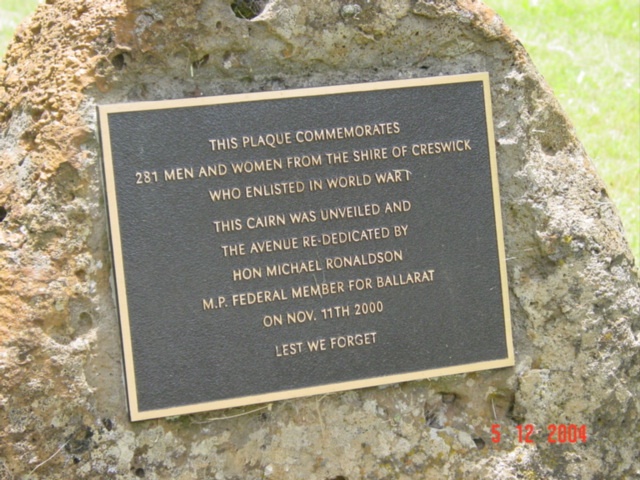 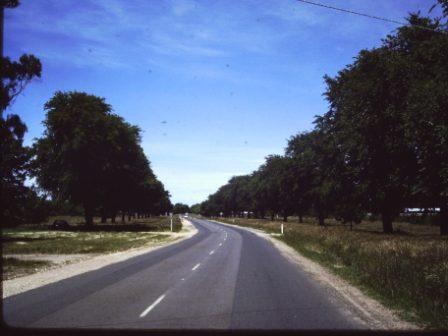 This Avenue of Honour was planted by the Creswick Shire Council to commemorate all members of the Shire who served in the First World War. Later a large stone memorial was also erected and placed at the Kingston end of the Avenue. The names of the servicemen were inscribed on cast iron plates placed at the base of each tree. Alas, many of these plates have since been lost or broken.
This is an impressive avenue of trees growing on roadside south of the Kingston township.The condition of the trees vary from good to poor but all would benefit from a maintenance program. Amongst the Dutch Elms there is also Ash, Lombardy Poplar, White Poplar and Blue Gums.

A stone plaque reads: "Shire of Creswick Avenue of Honour: a tribute to men and women who served in the Great War 1914-1918".