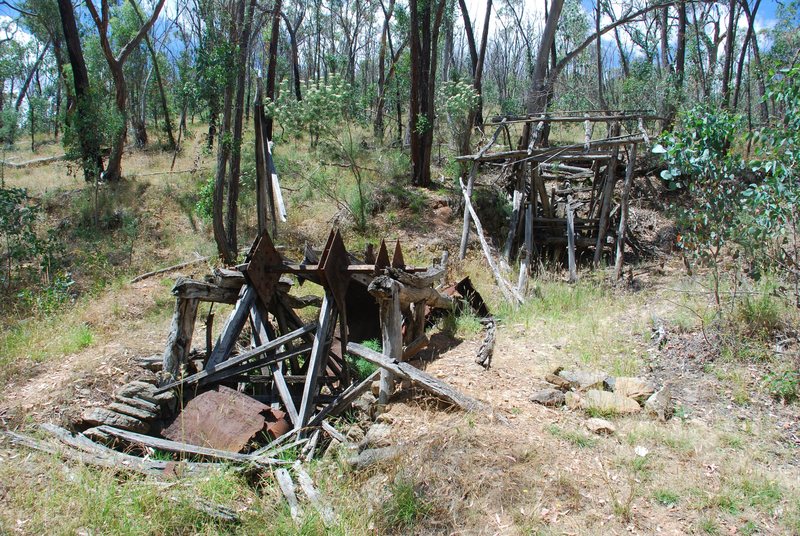 WATER WHEEL AND MINE MACHINERY SOHE 2008 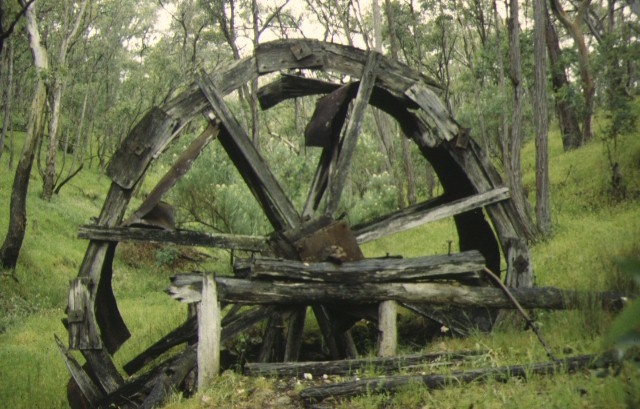 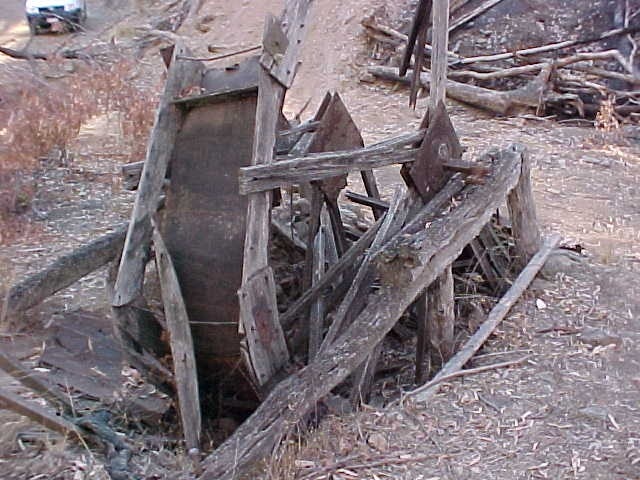 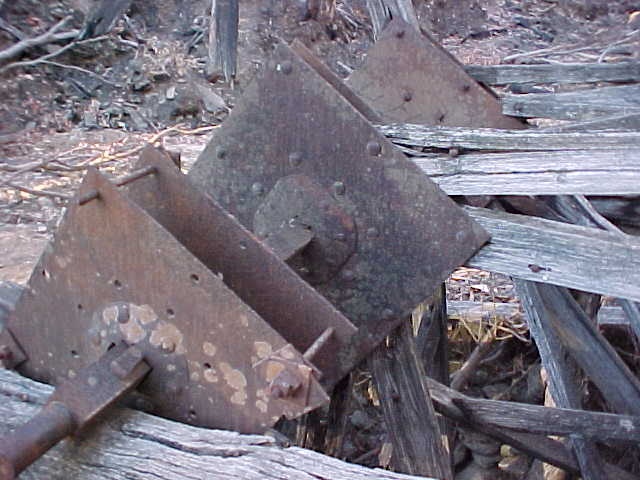 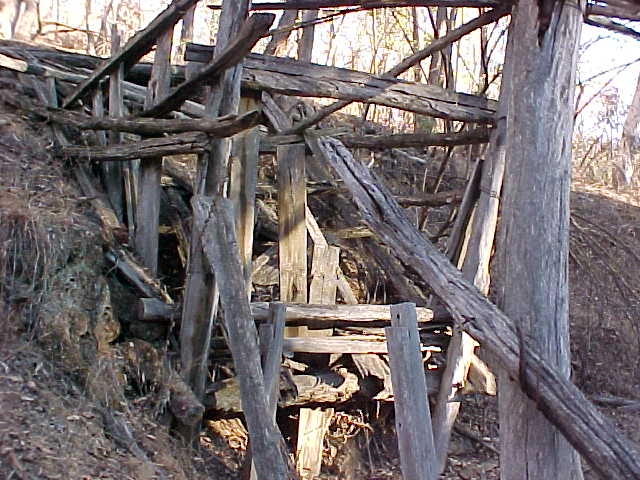 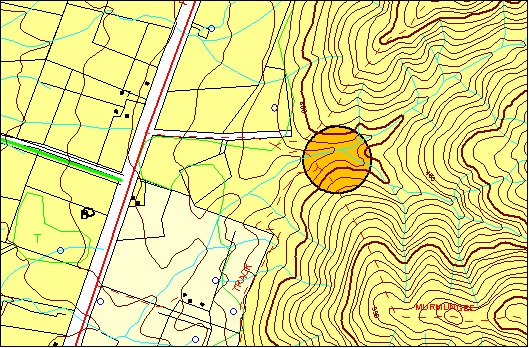 Situated in a low forested glade, this ramshackle collection of structures is probably unique in Victoria. Although erected in fairly recent times, it demonstrates superbly the small gold mining practices of the past. The engine and crusher originated from an old mine at Stanley and survive from earlier times. The roughly hewn timber and iron structures epitomise the aesthetics of rough bush buildings.