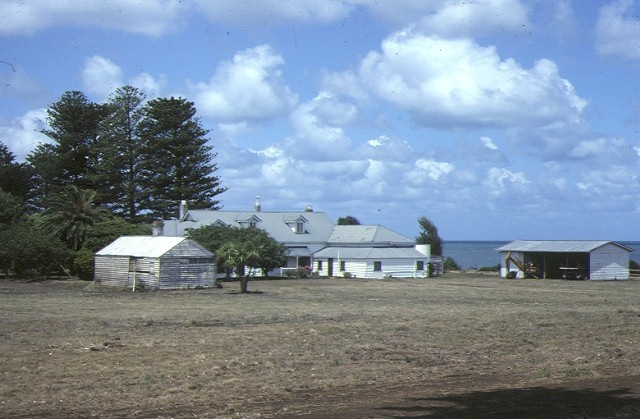 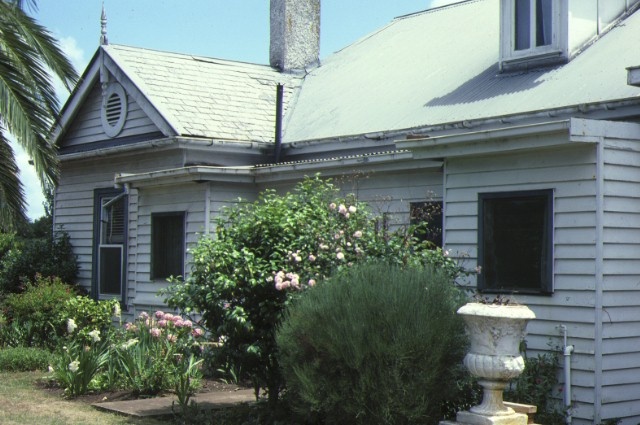 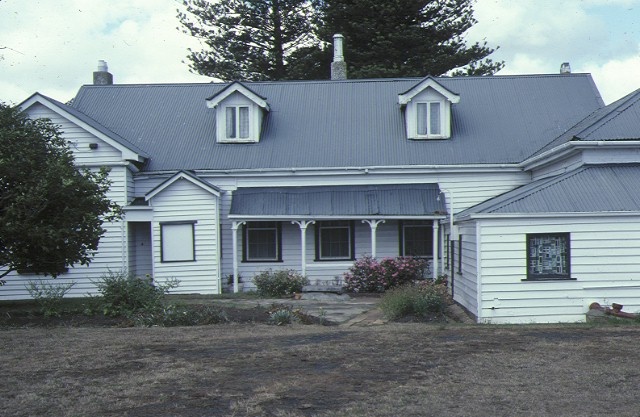 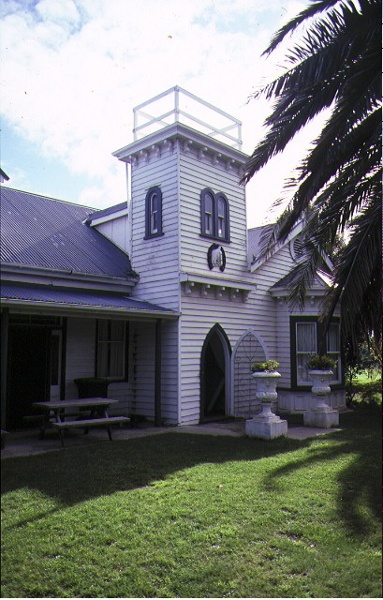 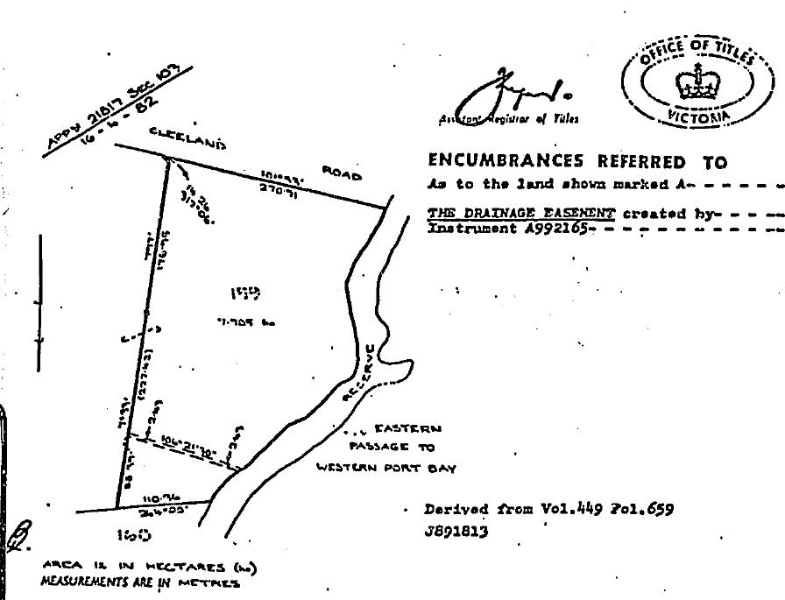 "Wollomai House" near Newhaven is a pastoral homestead which has important links with the early history of Phillip Island and the racing industry. It is of weatherboard construction with a slate and iron roof and is typical in form, having a cross wing with a verandah flanked by a gabled side wings with bay windows. The detailing is Italianate and is highlighted by a two storey tower with a pointed arch entry. A dormer window adds to the asymmetry of the roof line at the front. The house was built in several stages beginning c.1876 with additions reflecting the changing use of the property.

Elements of the Victorian garden remain at the front with the mature trees including an avenue of Norfolk Island pines forming an important part of the landscape. At the rear of the house there are a verandah and two dormers with a low kitchen wing to one side and a well. Outbuildings are set some distance away to form a layer open yard.

The house was built in 1876 for John Cleeland who arrived in Victoria from County Down, Northern Ireland in 1840. Then aged about fourteen he settled with his family on Darebin creek before sailing the South Pacific for many years finally as captain of his own schooner. In 1859 he returned to Melbourne and purchased the Albion hotel in Bourke Street, the starting point for all up country Cobb & Co coaches, keeping it for twenty two years. Cleeland's interest in racing apparently began about this time but it was not until the early 1870s that he purchased several allotments on Phillip Island, including the one on which the house now stands. Soon after this he bought and trained the racehorse "Wollomai" which had been bred by John David McHaffie, one of the lessees of the Phillip Island run. "Wollomai" won the Melbourne Cup in 1875, the first time it was run on a Tuesday.

The following year work began on Cleeland's New Haven residence which, like the racehorse, was named after Cape Wollomai. In 1881 he returned there to engage in pastoral pursuits and horse breeding until his death in 1914. The property remained in the hands of the Cleeland family until 1982. The largest and possibly oldest residence on the Island "Wollomai House" is a rare survivor of the substantial homestead complexes built for Gippsland pastoralists during the last century.