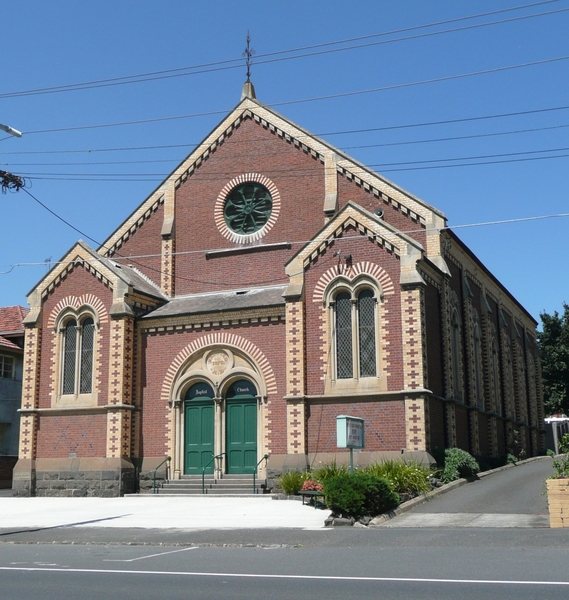 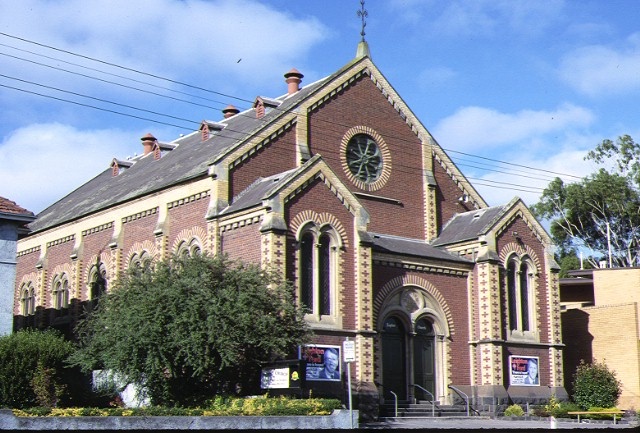 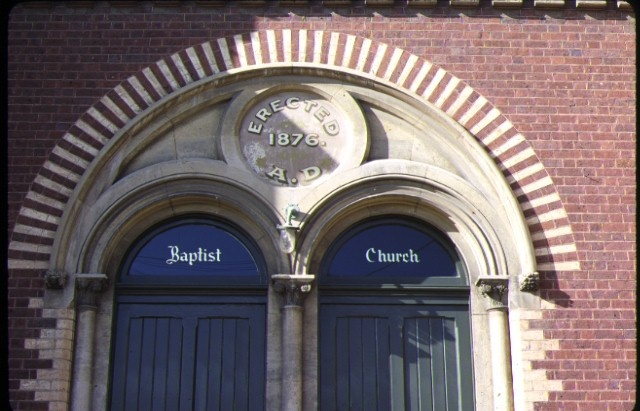 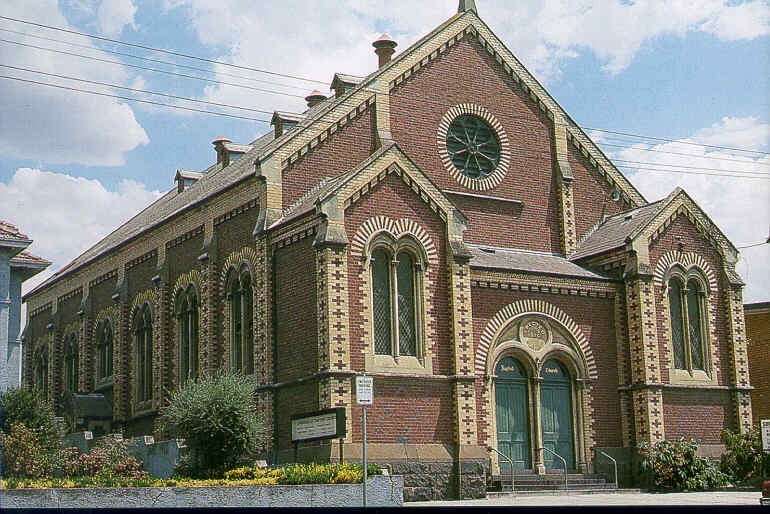 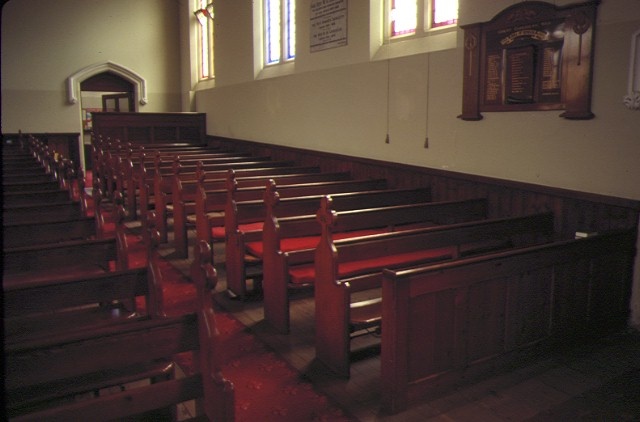 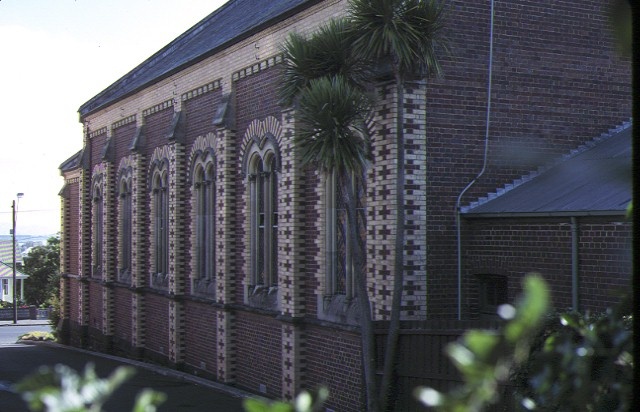 What is significant?
The Baptist Church was constructed on donated land in Aberdeen Street, Newtown in 1876, to provide the growing congregation with a larger building than the existing adjacent stone church which had been built in 1854. The need for a larger church reflected the growth and strength of the Baptist congregation in Geelong in the nineteenth century. The first church building was converted to a Sunday School at this time.

The 1876 church was designed by Melbourne architect, Thomas Watts, however the Ballarat architect, Henry Casselli, who designed a number of churches, lodged the tender notice for this church and may have had some involvement in the latter stages of the project. The church building is of polychromatic brickwork, set on a rusticated basalt base. Cream brick is used to provide contrast to the red brick building, emphasising arches, buttresses and the corners of the building.

The church is of simple gable form with protruding front bays which flank a central entrance porch. It is designed in an overall Romanesque style, with some Gothic detailing. The Baptist Church was one of the last non-conformist denominations to accept the Gothic style, previously associated with the Catholic and Anglican Church, and this may explain the tentative use of this style. Double pointed arch openings allude to the Gothic style, however they contain round-headed window openings. Other details are Romanesque, such as the wheel window, raked corbel tables and the central, double arch entrance, contained within a large round headed arch.

How is it significant?
The Baptist Church in Aberdeen Street, Geelong is of historical and architectural significance to the State of Victoria.

Why is it significant?
The Baptist Church, Newtown is of historical significance as a part of a complex of buildings which have been in continual use by the Baptist church from the early history of the Church in Victoria. These include this building, the Sunday School (former church, 1853-4) and the adjacent manse (1891). It is illustrative of the growth of the Baptist church and the city of Geelong in the 1870s.

The Baptist Church, Newtown is of architectural significance as one of the first of the churches erected by this non-conformist group to incorporate Gothic features. It is an important example of the work of Thomas Watts, who designed other Baptist churches, including the highly classical example in Albert Street , East Melbourne (1865).
[Online Data Upgrade Project 2004]