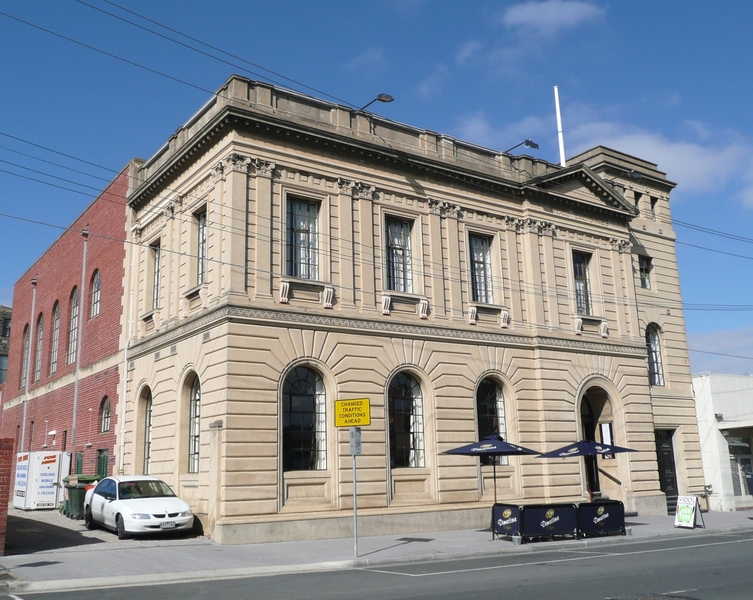 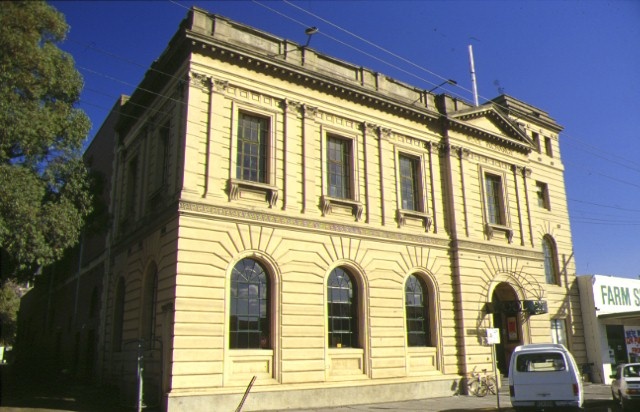 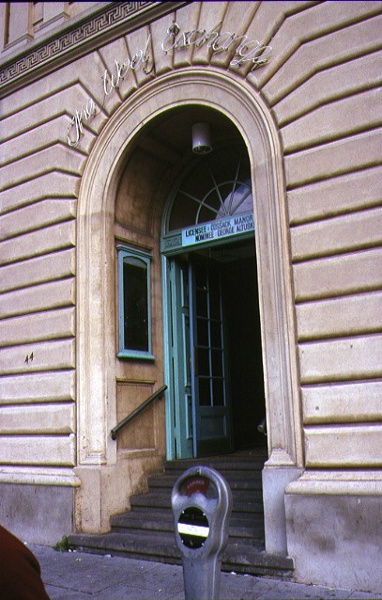 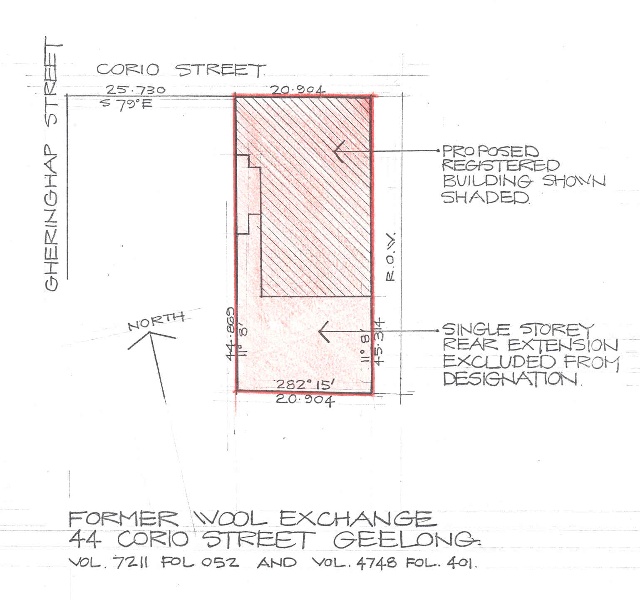 The wool exchange in Corio Street, Geelong was constructed in 1927-28 for the Geelong Wool Exchange Pty Ltd. At a contract price of £14,514 by builders H Beach and Sons Pty Ltd. The prominent Geelong firm Laird and Buchan were the architects of the building which survives, highly intact.

The two storey brick Wool Exchange is one of Geelong's major public buildings from the inter war period and as a late example of the renaissance revival the facade reflects the generally conservative character of the wool industry. Roofed with a barrel vault, the main sales room has a striking interior decorated with Neo-Greco detail.

The Geelong Wool Exchange is an important link in the history of the wool industry network which centred on Geelong and extended throughout the Western District and overseas through the export trade. It is one element of the built evidence alongside Western District properties, railways, wool stores, woollen mills, scouring works and port facilities which illustrates the economic and social history of major industry.