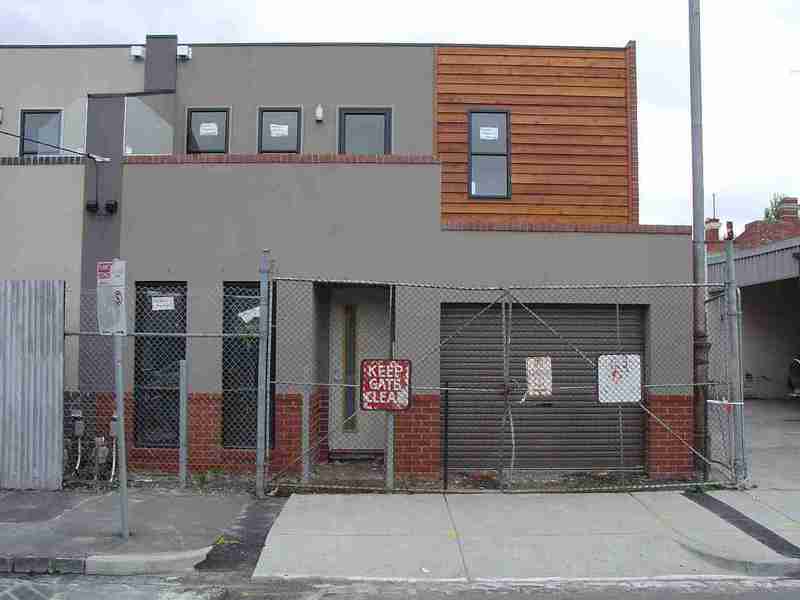 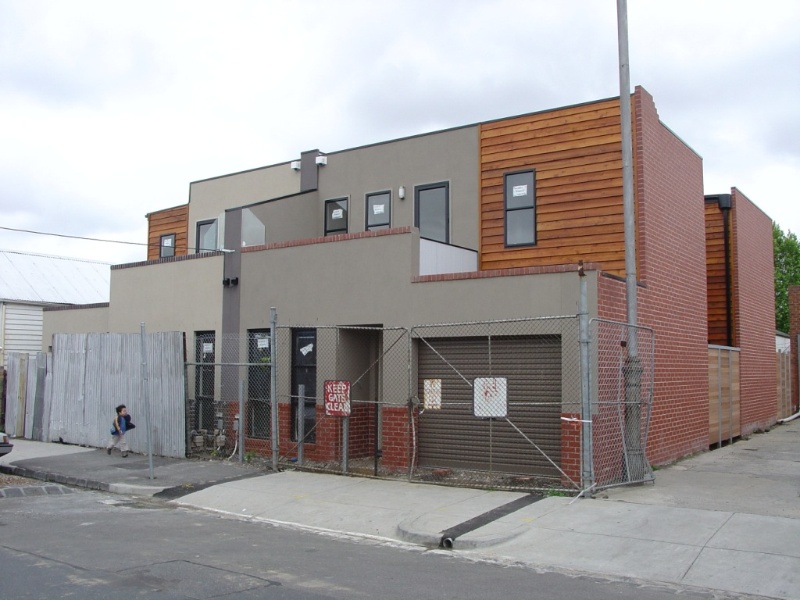 The land now occupied by the William Street Heritage Overlay Area was alienated from the Crown in 1839 and remained in a semi-rural state until the 1850s.

Surveyor, Hoddle's large Crown Portions on the Collingwood Flat were subdivided in the 1850s. Hodgkinson's map of East Collingwood (1858) shows development of a mixed residential and industrial nature but much of the land south of Vere Street was vacant, due mainly to its susceptibility to flooding.

During the decades leading up to the 1890s Depression, the Abbotsford Flat became an area of intensive speculative development and gave rise to rows of timber, brick and occasionally bluestone cottages. Gipps and Nicholson Streets attracted larger and more prestigious development, which is still evident today.

Of the non-residential buildings, Abbotsford Primary, School (No. 1886) was originally known as Collingwood (Lithgow Street) School, a two-storey bichrome brick building built in 1877 and extended in 1926. Adjoining the north-west of the Heritage Overlay Area, the three-storey brick Denton's Hat Factory complex (HO40) was built in the period from 1887-8 to c1910 at the corner of Nicholson and Mollison Streets. The bluestone former St David's Presbyterian Church was built at the south end of William Street from 1882. Early MMBW plans show the significant Cordial Factory in Lithgow St, a two storey nineteenth century brick industrial complex (143).

The MMBW maps of 1895 show the area to be almost completely built over, predominantly with small working class cottages. The densest development is indicated in William Street, where most of the cottages are attached or semi-detached. The MMBW Detail Plan 1310 of 1900 shows typical infrastructure of the Victorian-era, such as asphalted footpaths and grounds, and pitched crossings, plus street trees in Nicholson and Mollison Streets.

The main development period evident in the William Street Heritage Overlay Area is that of the Victorian era with a substantial contribution from the Edwardian-period. There is also a contribution from some well preserved inter-war buildings and individually significant places of all eras.

. Pitched gabled or hipped roofs, with some parapets,

. One storey wall heights but with some two storey,

. Well preserved buildings including one storey houses from the interwar period;

. Regular rectilinear subdivision, with rear and side service lanes typical of the Victorian-era;

. As an important group of substantially intact, modest masonry and timber workers' housing dating predominantly from the late nineteenth and early twentieth century, including a number of early significant bluestone dwellings;

. For contributory industrial buildings in Lithgow and William Streets;

. For early street, lane and allotment layouts, together with mature street trees, original bluestone infrastructure (such as kerbs and guttering), providing an appropriate setting for this collection of buildings; and

. For the enhancement to the historic character of the area provided by individually significant landmark buildings, such as St David's church, the highly significant Denton's Hat Mill adjoining in Nicholson Street, and the Abbotsford Primary School in Lithgow Street.