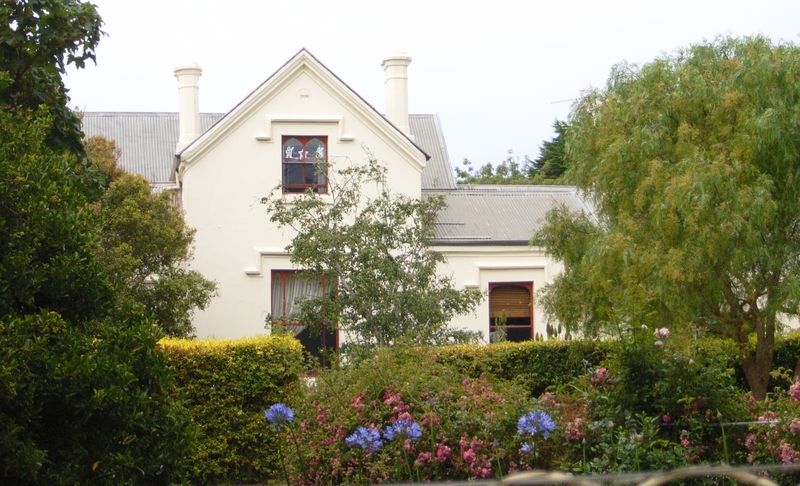 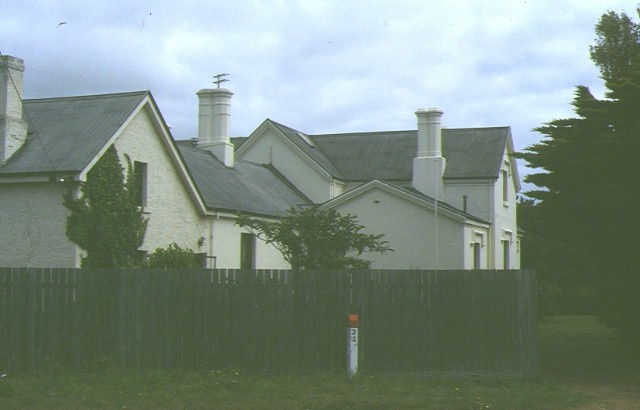 The two storey stucco rendered bluestone house Wando Villa at 89 Wellington Road, Portland, was constructed in 1864 for major Alexander Davidson, a Scottish born pastoralist who had earlier in 1848 settled on the Wando River near Casterton..

Wando Villa is a characteristic pattern book, regency gothic villa and virtually devoid of ornamentation save for unusually fenestrated bay windows and window label mouldings. Wando Villa at Portland is a later example in Victoria of the primitive Regency Gothic style of villa architecture popularised by pattern books of the period 1840-60. The two storey house is an undistinguished design but is notable for its associations with western district pastoralist Alexander Davidson. No important historical associations are apparent, although the Davidson family lived in the residence until c. 1908.

Wando Villa is in an extremely dilapidated state and has suffered badly from subsidence and lack of regular maintenance. The slate roof has been replaced with iron.