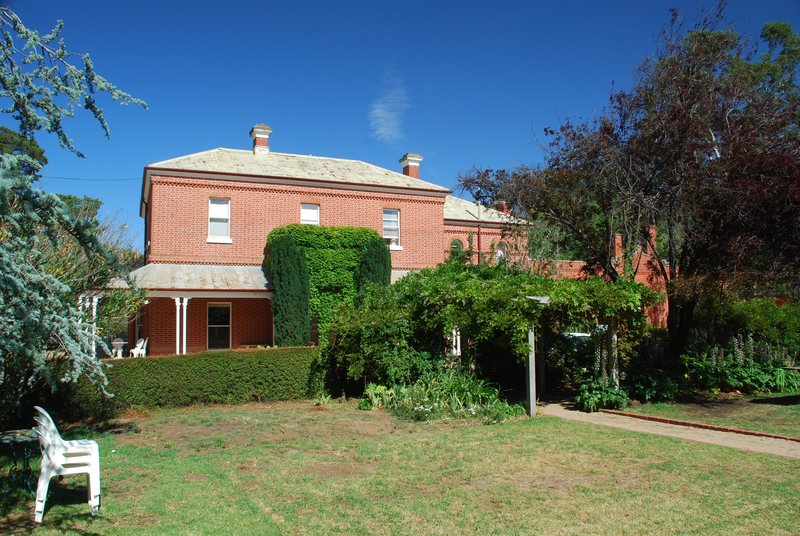 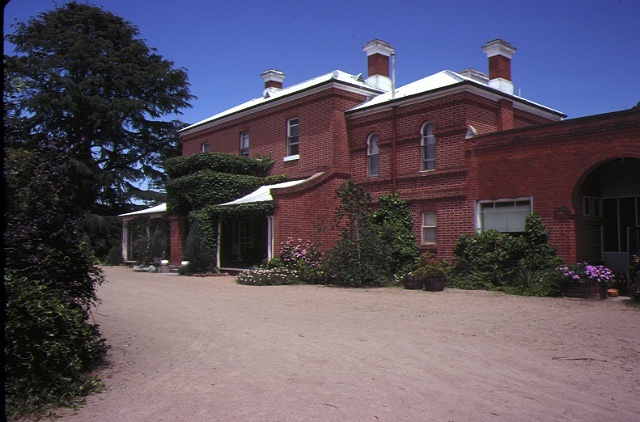 What is significant?
The Ravenswood homestead was built by Frederick Fenton on Bullock Creek on his property near Bendigo probably c1866. Originally known as the Mount Alexander North run and occupied from c1840, the Ravenswood run was acquired by Stewart and Robert Gibson in 1848, with Frederick Fenton replacing one brother almost immediately due to ill health. The discovery of gold in 1851 at nearby Mount Alexander, and at the northern tip of the Ravenswood run, drew large numbers of diggers to the area, and Fenton reportedly made money selling provisions to them and agisting their horses. After becoming the sole owner of the Ravenswood run in 1857, he built the first substantial homestead on the property.

In 1869 Fenton sold the property to Robert Moffat, the owner of a number of stations, largely in northern Victoria. The pastoral lease of the property was cancelled by the government in 1874 and Ravenswood was acquired from the executors of the late Robert Moffat by Harry Leigh Atkinson, a successful Sandhurst doctor and mining investor, reportedly in 1891. The homestead remained in the Atkinson family until 1962.

Ravenswood homestead is built of face brickwork with hipped roofs. The main two storey house has a centrally located single storey brick entry porch, with arched opening and simple arcaded balustrade above. A single storey concave verandah, supported on paired timber columns, flanks this porch and returns around the south side of the house. A grouping of five columns supports the verandah at the corner. To the north, the verandah terminates in a parapetted wall. Window openings are rectangular, with simple bay windows to the lower south facade.

Various brick additions were made to the house, probably by Atkinson in the 1890s. These include an addition across the north facade comprising a single storey dining room and adjoining two storey section. This addition includes a rendered dining room bay with heavily modelled classical architraves.

Other additions include a detached brick kitchen wing with scullery, laundry and servants' rooms to the north, and an adjacent brick stables building. A granite gatehouse, of square proportions, was added to the property at some stage.

How is it significant?
Ravenswood homestead is of historical and architectural significance to the State of Victoria.

Why is it significant?
Ravenswood homestead is of historical significance for its associations with the early development of the Bendigo district, in particular the gold rush. Bendigo was a major gold mining centre in Victoria and the first gold discoveries in the Bendigo area were made in the vicinity of Ravenswood.

Ravenswood homestead is of historical significance for its associations with Robert Moffat and Harry Leigh Atkinson. Moffat, together with his brother, was amongst the wealthiest squatters in his time and Atkinson was a shrewd land investor who became one of the largest land owners in Victoria.

Ravenswood homestead is of architectural significance as an early, and possibly the first, substantial homestead built in the district. A refined example of a simple Regency composition, the building exhibits fine face brickwork and brick detailing. The later, classically derived dining room bay, provides an interesting contrast to the earlier plain exterior.