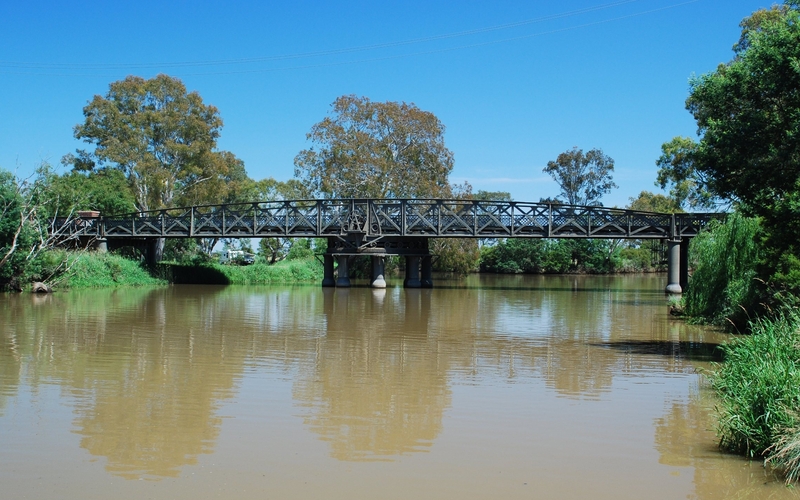 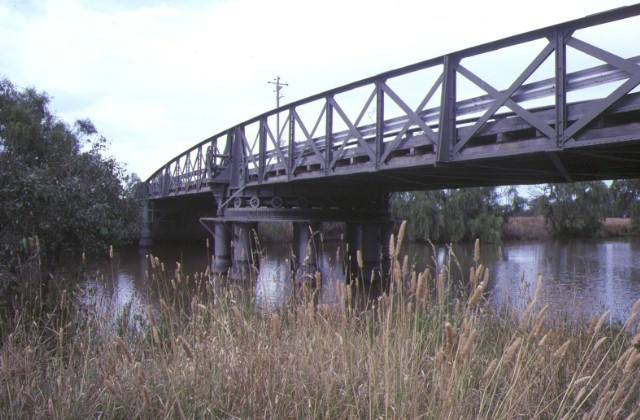 The bridge is an elegant wrought iron trussed structure, supporting a timber decked roadway. It is approximately 61 metres in overall length, with a balanced swing span of approximately 45 metres, revolving on a central pier through a hand operated winding mechanism. The central swing span, when in the open position, provided two openings 19.2 metres clear for river traffic. Brick abutments support the fixed approach timber decking.

The Bridge facilitated development of the Port of Sale and a regular steamer service operated up the canal for many years (1885-1920) with connections to Melbourne and the Gippsland Lakes. The Bridge was re-decked in 1933 and the structure strengthened in 1953.

The Swing Bridge is of architectural and historical significance to the State of Victoria.

The Swing Bridge is historically significant as possibly the oldest bridge of its type in Australia. Its construction was pivotal in the development and expansion of road and river transport in Gippsland, and confirmed the Port of Sale's place as the centre of shipping activity in the region. The Bridge was designed and built entirely in Victoria and made an important contribution to development of engineering in the state.

The Swing Bridge is architecturally significant as the only bridge of its type in Victoria, with few others of this type and degree of sophistication elsewhere in Australia.