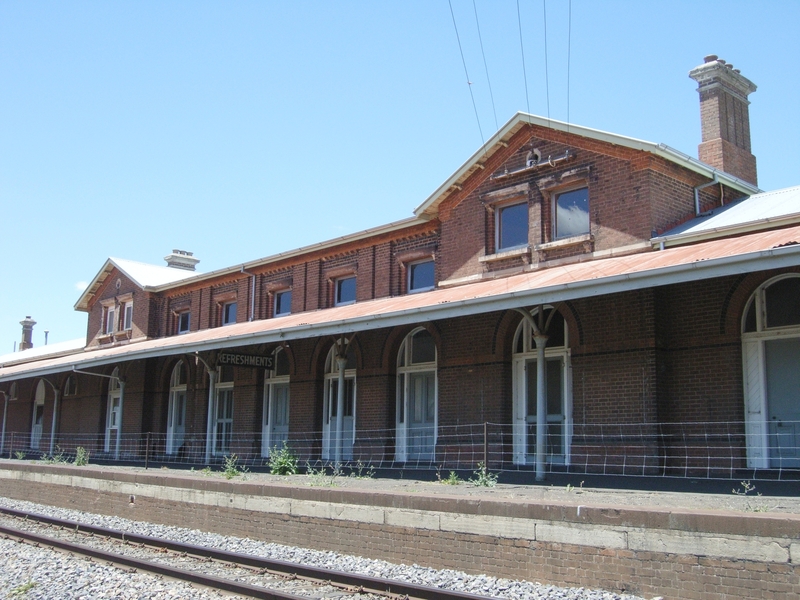 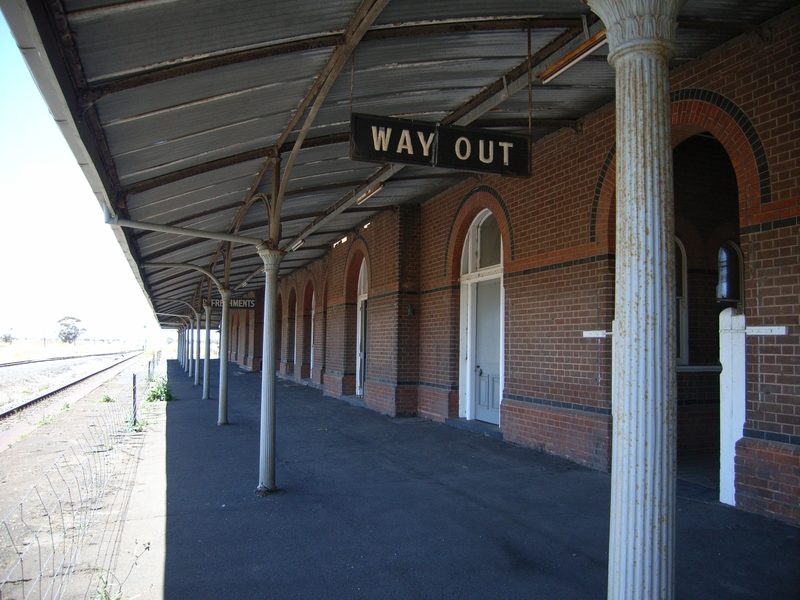 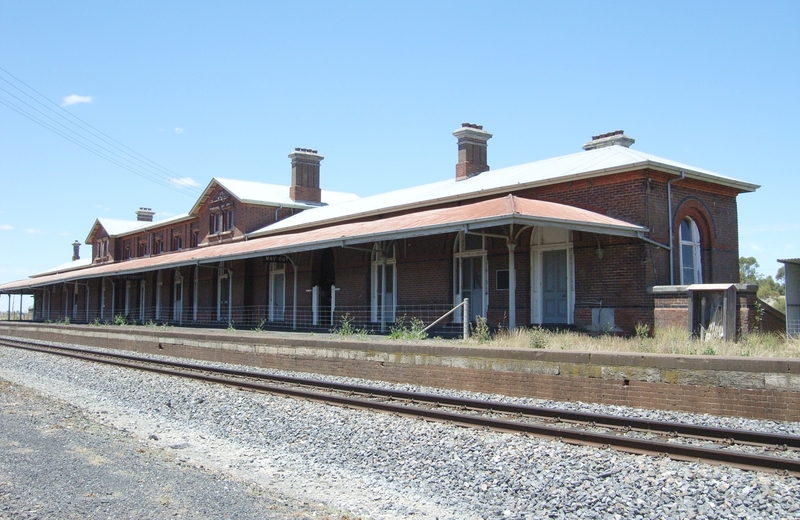 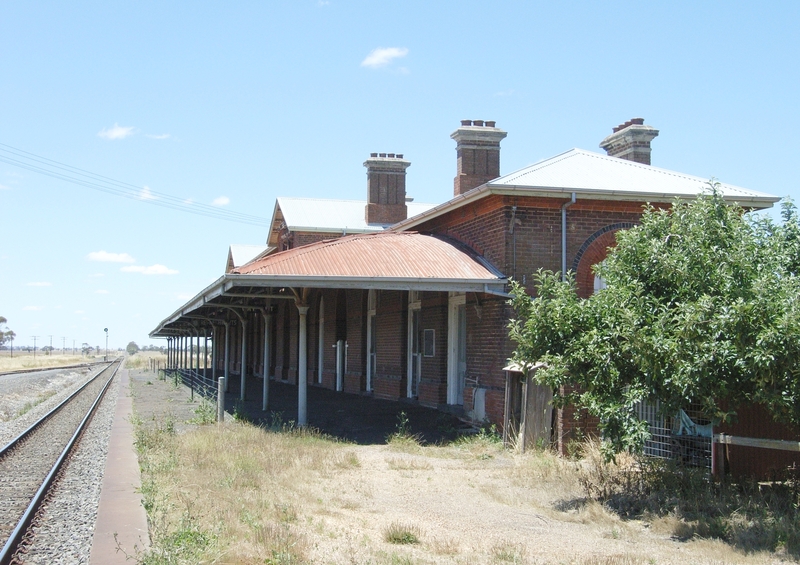 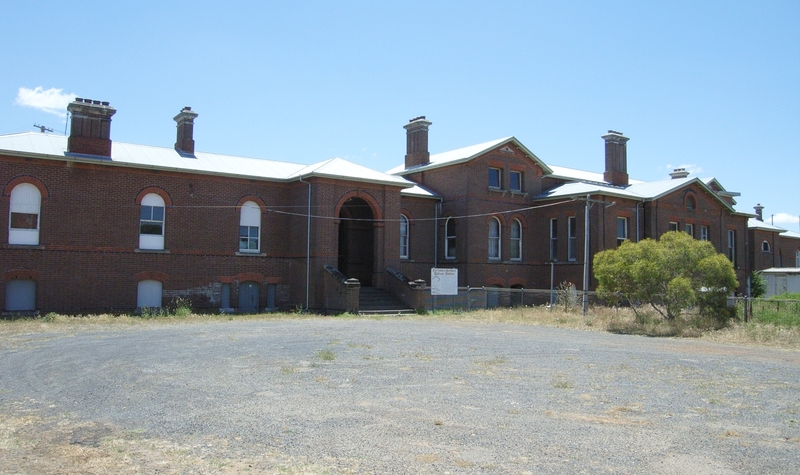 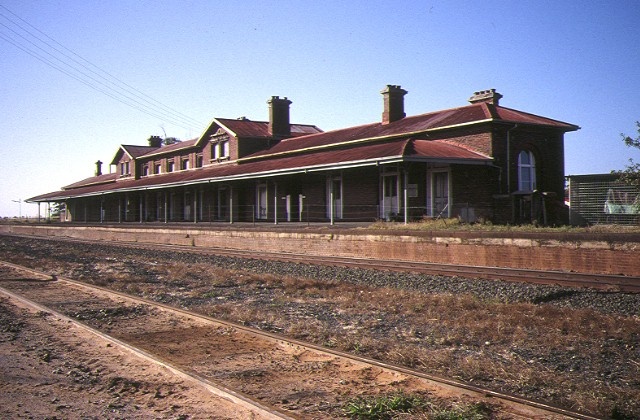 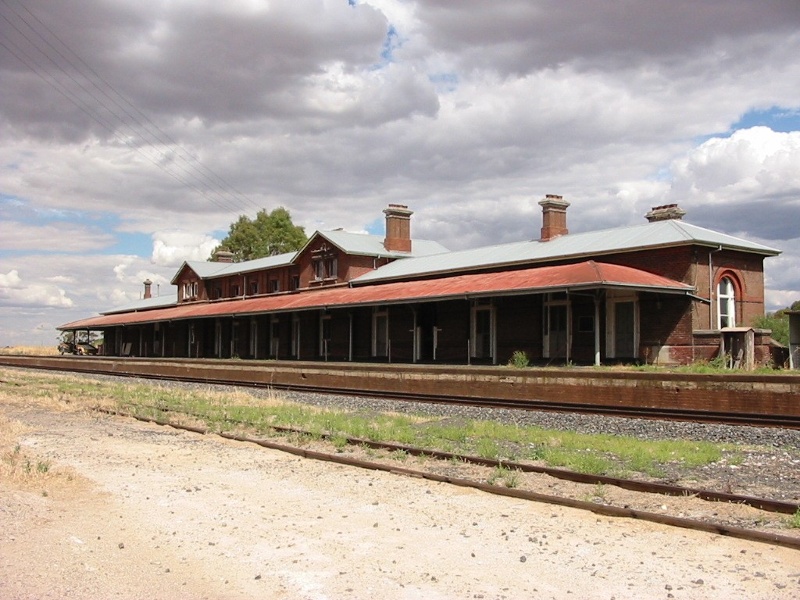 What is significant?
Serviceton Railway Station, on the Melbourne-Adelaide line, was erected in 1888. The station was designed by the Victorian Railways Department architects and constructed by Walter & Morris. It comprises a large, two-storeyed, symmetrical, polychromatic brick station building, which provided for substantial staff accommodation facilities. The substantial basement provided extensive and secure storage, in addition to holding cells for prisoners and strong rooms. The enormous platform features a cast iron verandah. The round arched openings and polychrome brickwork to the walls are architectural features. The outbuilding/staff hostel, van goods shed, lamp room signal box goods shed and platform have all been removed.

How is it significant?
Serviceton Railway Station is historically and architecturally significant to the State of Victoria.

Why is it significant?
Serviceton Railway Station is historically significant for its association with the prolonged Victorian/South Australian border dispute, resulting from an incorrect border survey in 1847. The complex was constructed at the location where the border was originally defined, but was subsequently relocated. It is also significant as it includes the original customs offices used for the collection of duties on goods travelling interstate, along with holding cells for prisoners being transferred interstate. The role of Serviceton as a railway town of significance on the border of Victoria and South Australia is reflected in its function as a turn around point for state rail services. Serviceton Railway Station is also significant as an example of a building design that arose from the "Octopus Act" of 1884.

Serviceton Railway Station is architecturally significant as a unique and essentially intact example of a major terminal building on the network, and is also a key contributor to the character of the Western line.