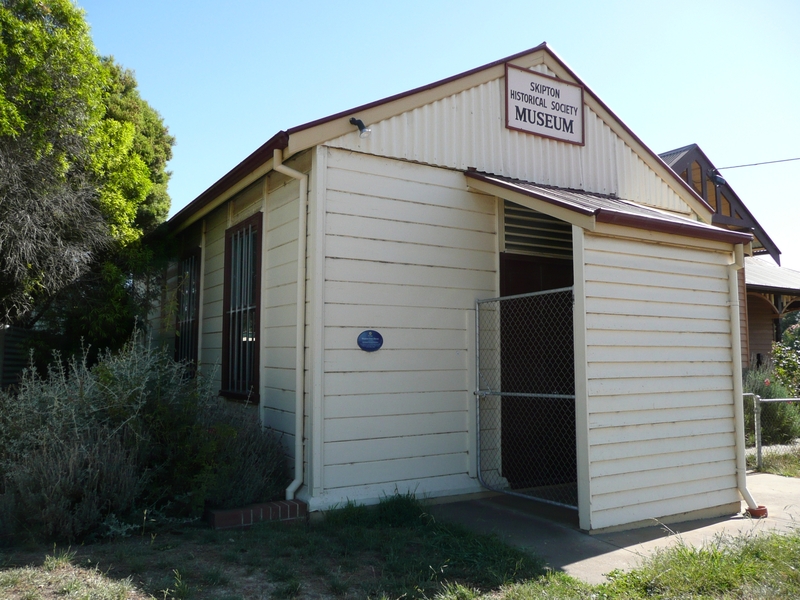 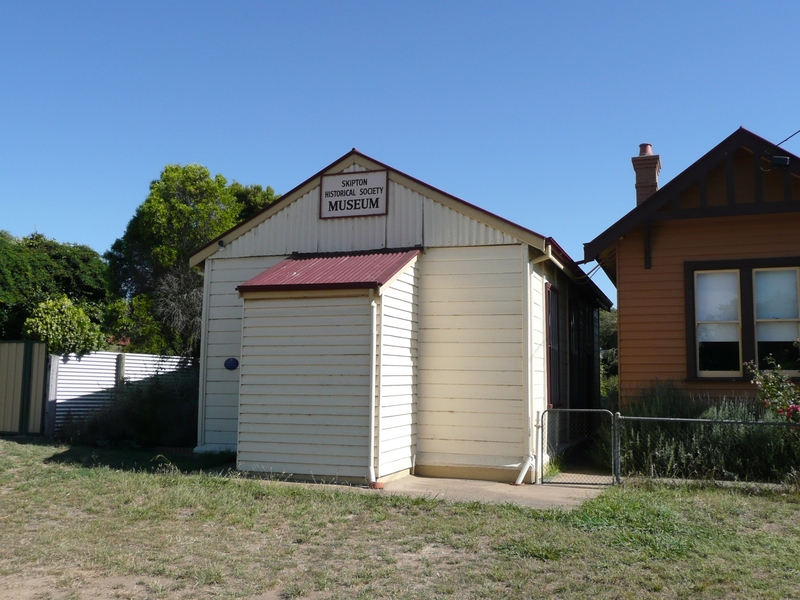 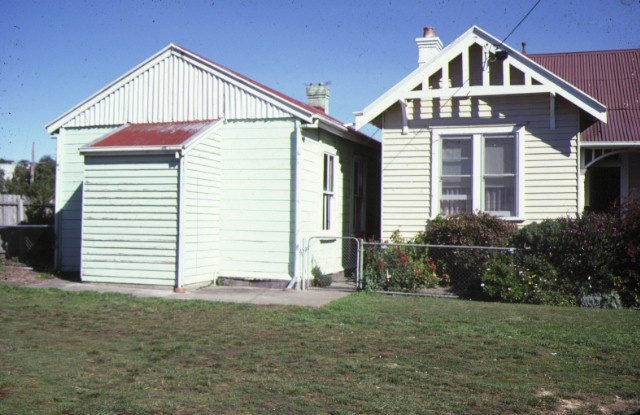 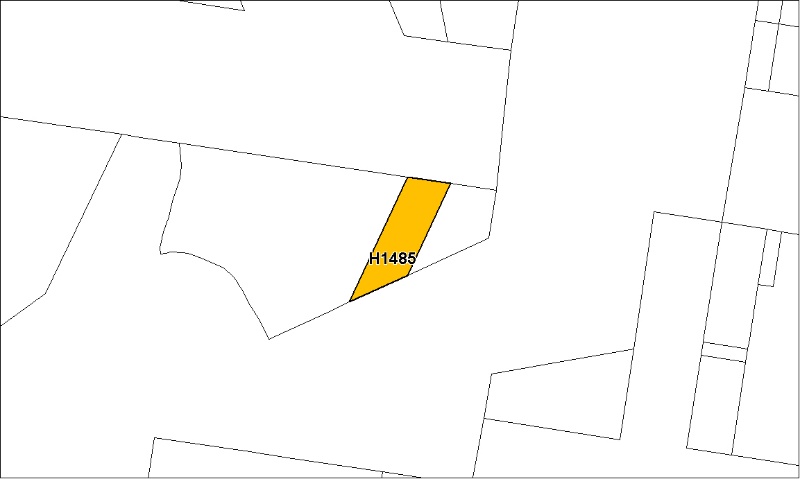 The Skipton court house has significance as a very early portable building, one of the very few remaining from the goldrush days. It was originally located in the government camp at Fiery Creek diggings (now Beaufort), being placed there in 1856, and was moved to Skipton in 1867. The exterior of the building exhibits the early method of construction of portable schools developed for the denominational schools board in 1857 for use on the goldfields. The horizontal wall boards are dropped between rebated studs and held in place with cover strips. The building may have originally had a canvas roof.