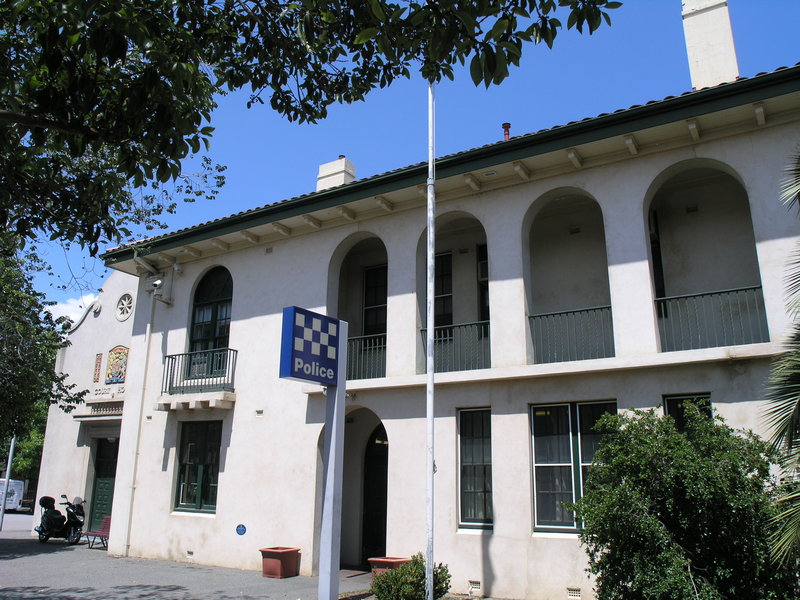 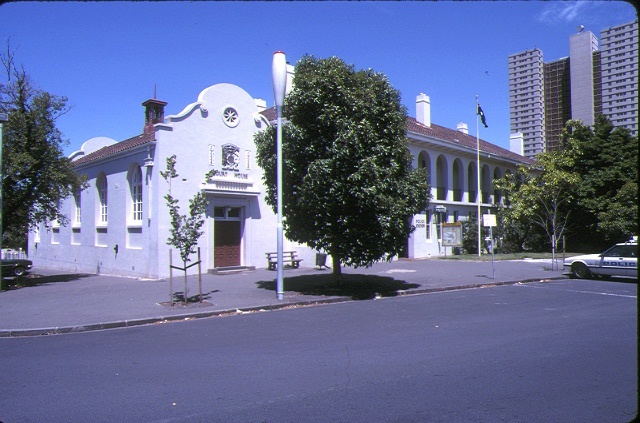 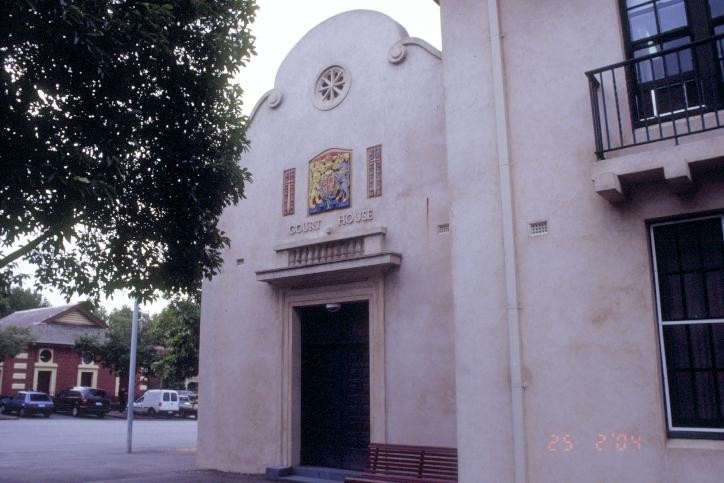 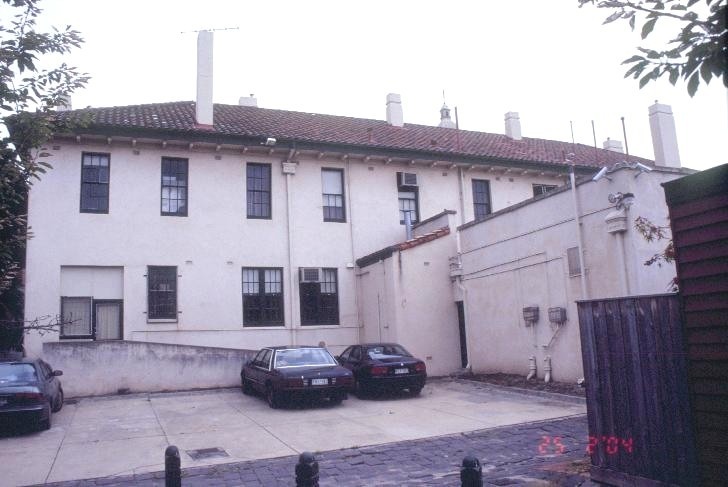 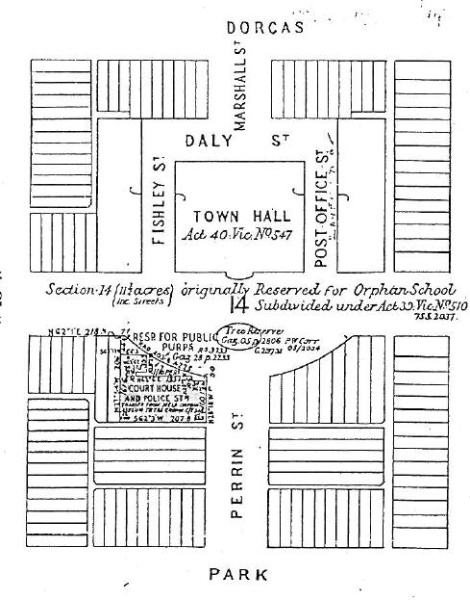 The Emerald Hill Police Station and Watch-house was operating from the municipal block on the corner of Coventry and Cecil streets by 1856, however with the completion of the town hall in 1880 the courthouse and police station, including five cells, was accommodated at the north-east corner of the building. With space being a problem, land was purchased for new law enforcement buildings on the southern side of Bank Street on the corner with Perrins Street. In 1928 construction began on two adjoining buildings, under the chief architect of the Public Works Department, E Evan Smith. In that year Smith also advertised for tenders to model a royal arms in a panel over the court house door. The Court House and Police Station remain substantially intact as designed in 1928. Both buildings are in the Spanish Mission idiom, a style popular during the 1920s rarely used for public buildings.

The Police Station is a long hip-roofed two-storeyed structure dominated by an arcaded loggia at second floor level and a terracotta pantile roof with a wide bracketted eave. Its planar rendered walls are ornamented with a projecting balcony set on hammer beams, wrought iron balustrade and gates and the original bossed rainwater heads. The window and door joinery remains intact; the entrance retains its multi-paned bevelled glazing to both the doors and the semi-circular fanlight above.

The Courthouse stands adjacent to the Police Station, drawing on the same Spanish Mission references, yet applying them to quite different effect. It is a hall-like gabled structure, the planar render facade of which is surmounted by a bold semi-circular parapet, flanked by scroll-like cappings. The facade is further embellished, and the building's use alluded to, by the royal coat of arms set into the render, while the entrance is framed by a simple architrave with a blind Italianate balustrade above. The Courthouse retains the original elegant leadlight fanlights above its entrance doors, large round-headed multi-paned windows to the east facade, its terracotta pantile roof, and the fleche to the ridge of the roof, decorated by twisted columns typical of the Spanish mission. Internally it is substantially intact, with polished joinery to the entrance airlock, lobby and benches within the court room itself, and a simple ceiling with strapped plasterwork typical of the period. The police station and court house are important examples of the Spanish mission style as applied to public buildings. They are also important examples of Public Works Department architecture.