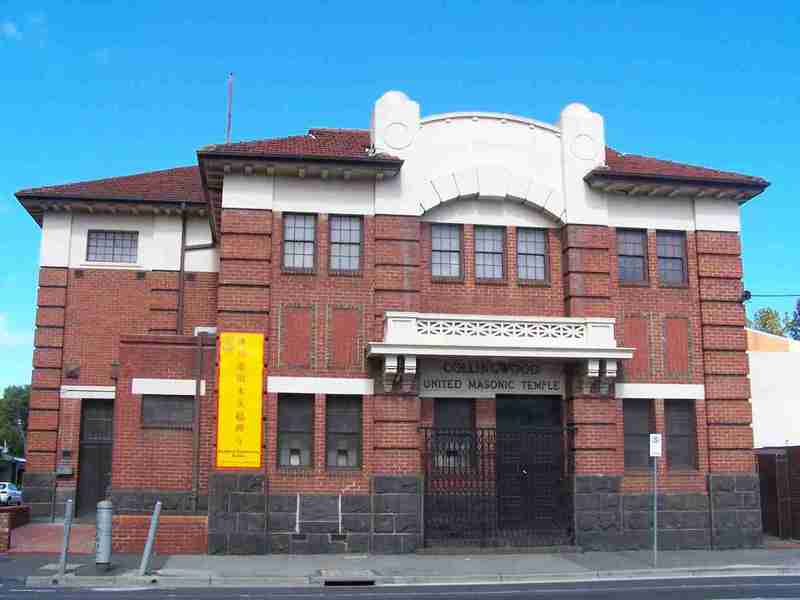 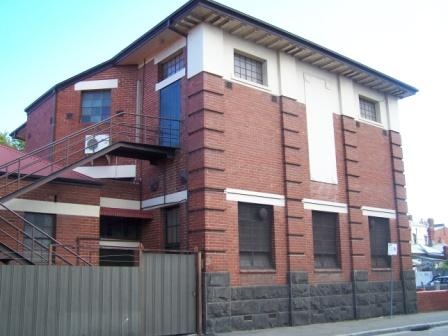 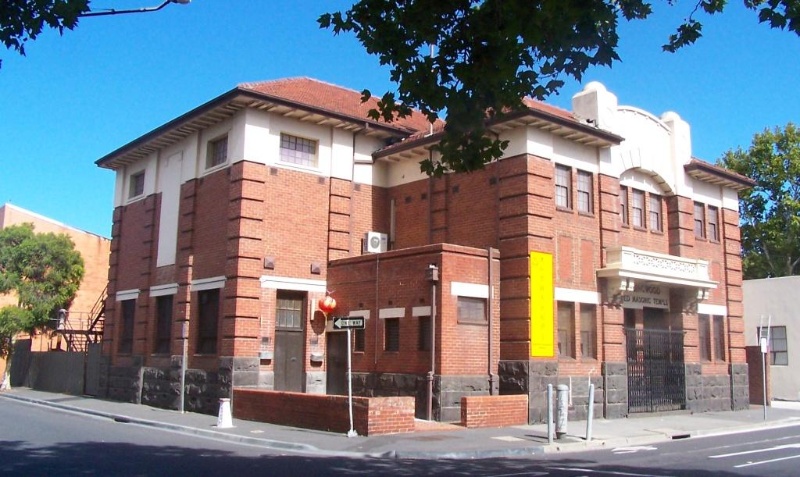 The Collingwood United Masonic Temple was built in 1928-29. The architect was a Freemason, Bro. Harry Little, and the builders were Morison Bros. Pty Ltd.

The Collingwood United Masonic Temple is a two storey brick building on a prominent site on the corner of Henry Street. The walls are of red face brick with rusticated brick pilasters, and the deep plinth is of bluestone. From above the heads of the first floor windows the walls are rendered. The symmetrical projecting front has an ornamental balconette carried on paired consoles over the main door which is protected by an iron screen. The hipped terracotta tiled roof has projecting eaves, imparting an Arts and Crafts feel, and is penetrated by the pilasters flanking the front entrance, which carry through to a parapet with a rusticated lintel arch and are terminated by rendered balls. The windows are multi-paned steel-framed with hopper openings; there is a rendered string course at ground floor window head level. Paired clinker-brick framed red brick panels decorate the wall surfaces between floor on the front section. A rendered panel above the recessed entrance bears the words COLLINGWOOD UNITED MASONIC TEMPLE.

The Collingwood United Masonic Temple, at the corner of Gipps and Henry Streets, Abbotsford, is of local architectural significance. Architecturally, the building is a bold and somewhat eclectic composition of Classical Revival Arts and Crafts elements, typical of many inter-War public buildings, which makes an important contribution to the municipal streetscape.