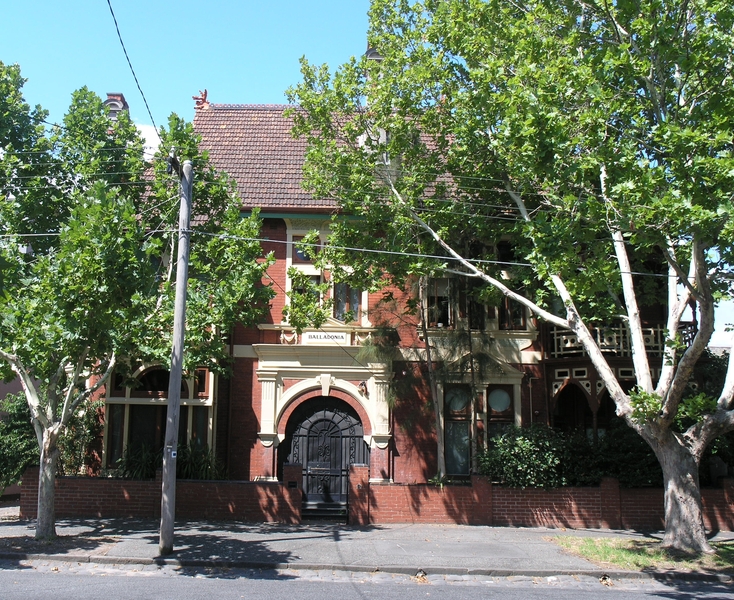 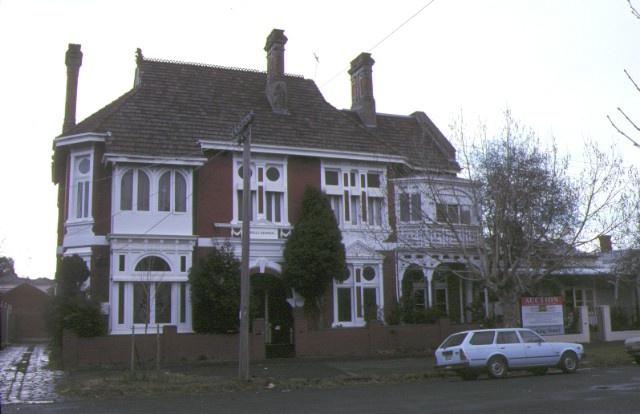 Dr Marcel Crivelli purchased a row of three wooden houses from Joseph Harper, a bootmaker, in 1900 and demolished them soon after to build this large residence. Originally named 'Arrou', after Charlotte Crivelli's birthplace in France, it was subsequently re-named 'Balladonia', the origin of which name is not known. It is an important work of the architect William Salway. 'Arrou' is two-storeyed and squeezed onto a very limited site. As a result, the facade does not have the degree of modelling that it may otherwise have enjoyed. It is, however, picturesque in its massing with asymmetry contrived in a typically Edwardian fashion. Under an orderly hipped, terracotta tiles roof there is an interaction of decoration and form in the walls, with render played against tuck- pointed red brickwork. A square window bay extends out at one side of the arched entrance and pedimented coupled windows are placed on the other side. The whole is lightened in effect by the intricately detailed timber decoration on the small side verandah. The main stylistic references are to the English vernacular free style.