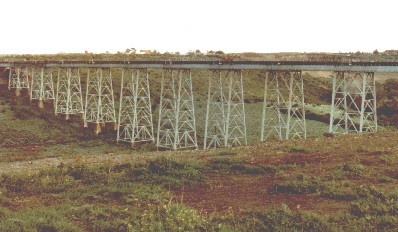 As one of the largest bridges in Australia and the highest in Victoria, the Maribyrnong River Viaduct is of State architectural (engineering) and historical significance. As an engineering solution to the peculiar geography of Melbourne, it demonstrates both the changes in settlement and railway operations and the difficulty imposed by the very deep valley of the Maribyrnong River in an otherwise flat terrain.