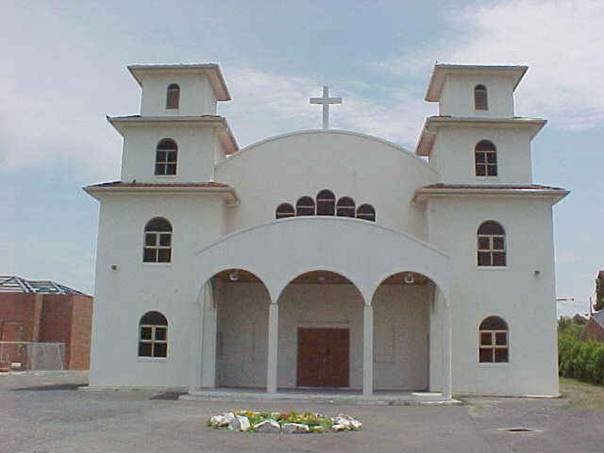 What is significant?
The Panagia Soumela Greek Orthodox Church in Amis Crescent, East Keilor, was designed in 1993 by Greek-born architect John Michelakos, and completed in 1995. It is a large rendered brick building designed in a Byzantine-influenced style that evokes the traditional churches in Europe.

How is it significant?
The Panagia Soumela Church is of historical and aesthetic significance to the City of Moonee Valley

Why is it significant?
Aesthetically, the Panagia Soumela Church is a particularly fine, if rather late, example of an Orthodox church in Victoria that was deliberately designed in an evocative and exotic style inspired by traditional ecclesiastical architecture of the denomination's country of origin. This tradition can be traced back to the first purpose-built Greek Orthodox church erected in East Melbourne in 1900, and reached its pinnacle in the second half of the twentieth century. This church, with its stark walls, curved parapets, arched loggia and distinctive stepped towers, remains as a landmark in the local area, and a highly unusual building within the entire municipality that is only comparable to the Ukrainian Orthodox church in Essendon.

Historically, the Panagia Soumela Church is significant as one of a number of new Greek Orthodox churches that were established in Melbourne's outer suburbs during the 1990s, demonstrating the respective increase of Greek communities in those areas. Although of relatively recent origin, the Panagia Soumela church serves as a historic lynchpin for the Greek community that has strongly characterised the East Keilor/Avondale Heights area since the 1950s.