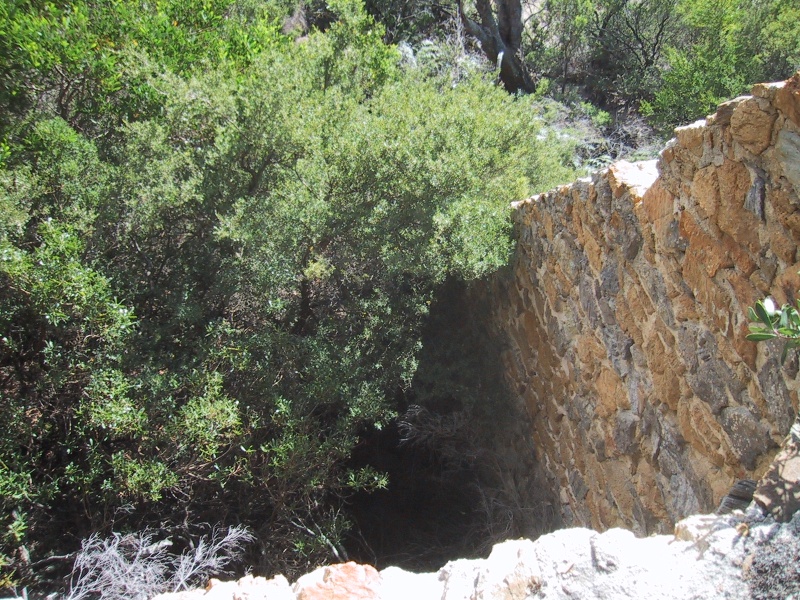 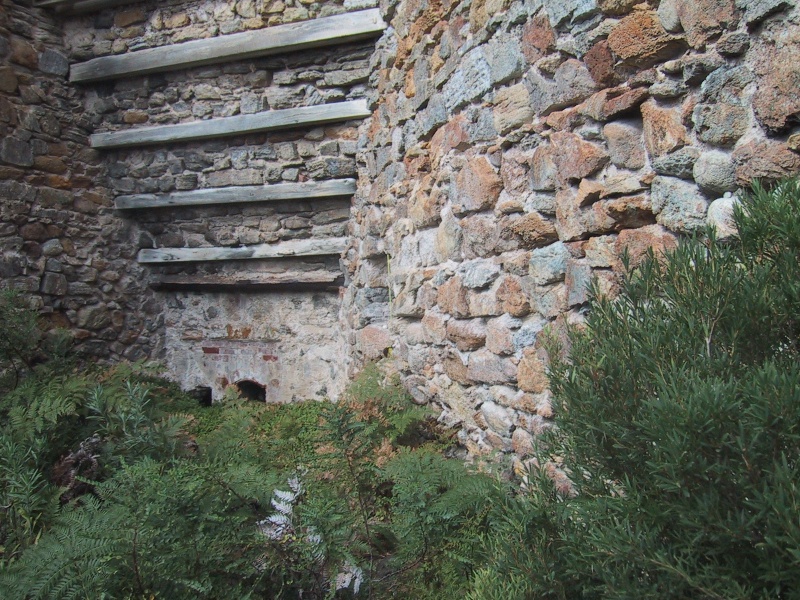 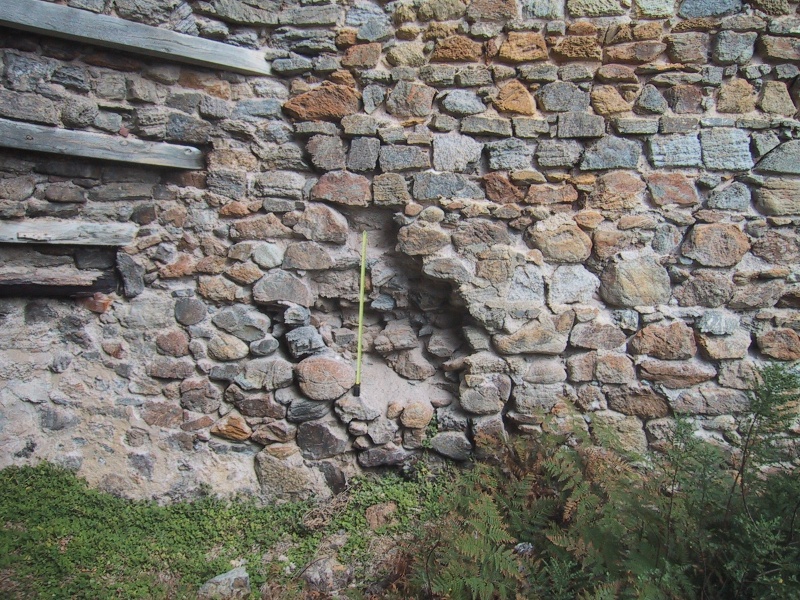 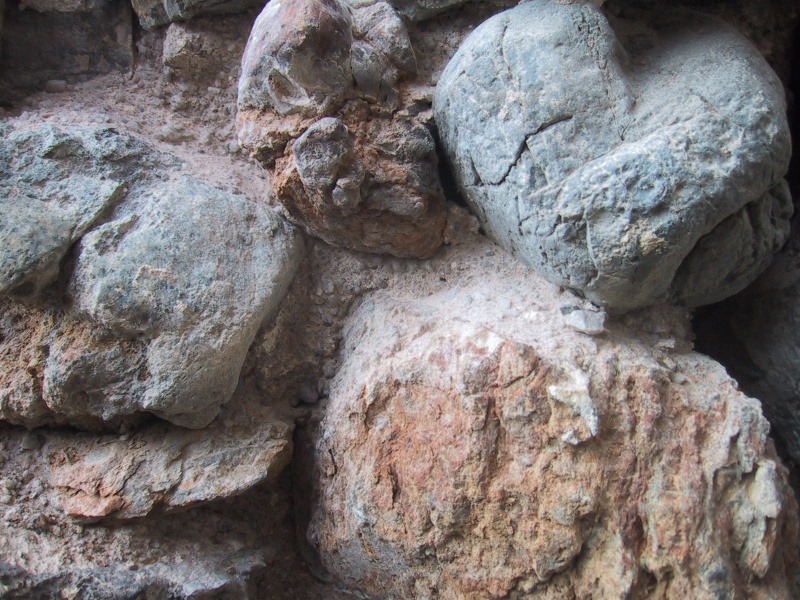 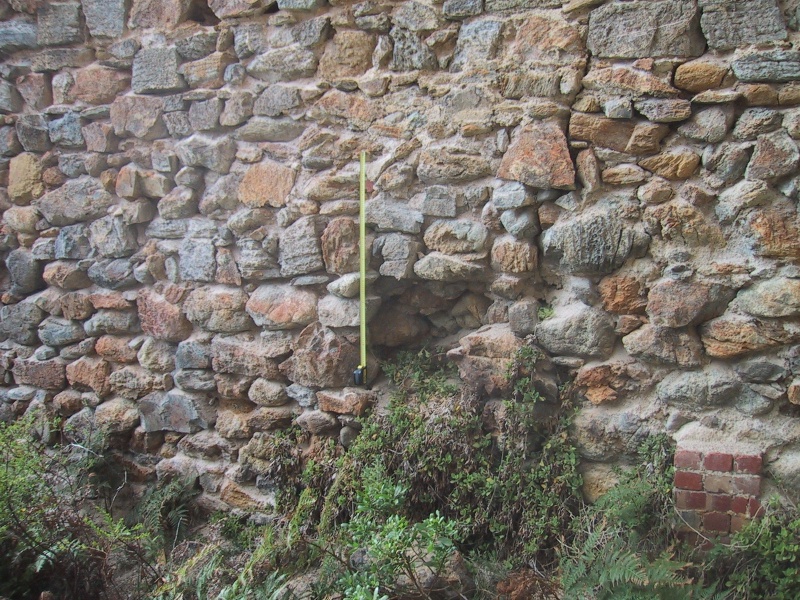 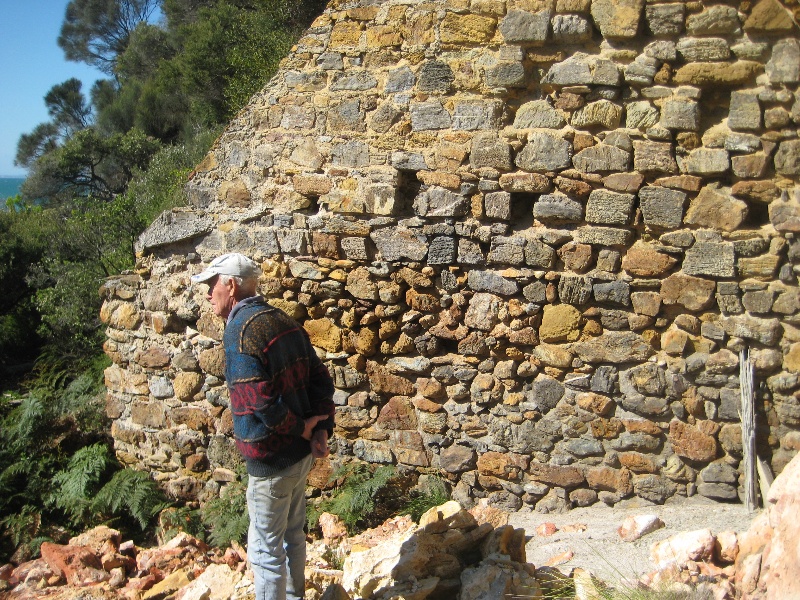 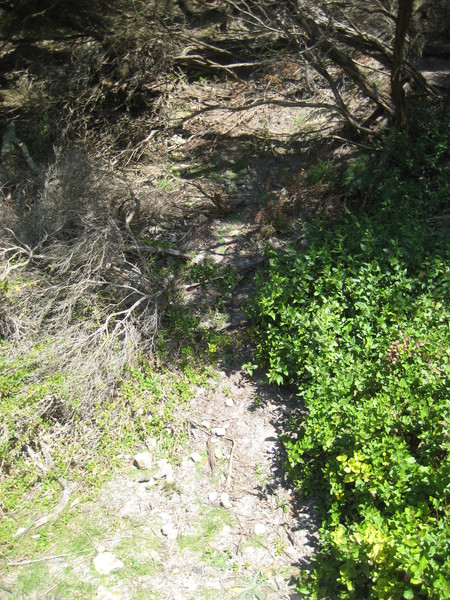 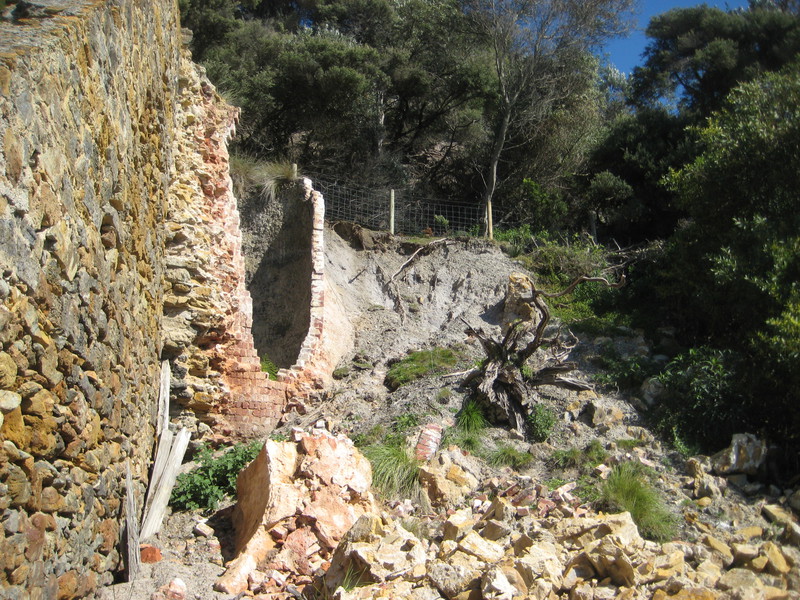 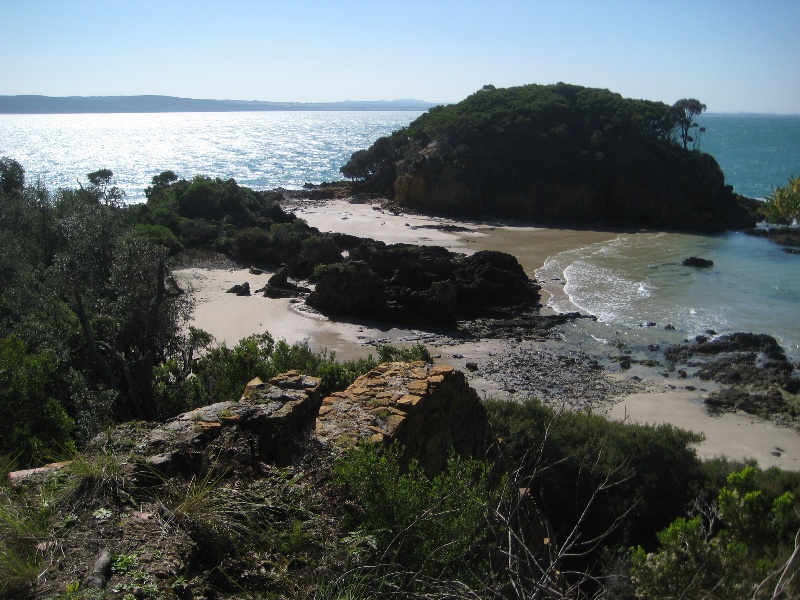 The lime kiln and related archaeological features (jetty, tramway and structural remains) are located at Bell Point, near Digger Island approximately 1.5 km south of the Walkerville kilns situated at Waratah Bay. it is likely that the kiln was constructed in 1878, at the same time as the six kilns in Walkerville.

As the lime that was produced at Walkerville was in great demand a kiln was constructed to the south at Bell Point, a landmark possibly named after the captain of the SS Waratah William Bell. Sometime prior to 1912, the Bell Point and Waratah Lime Company was formed by John Cain, and William and James Hughes. The Hughes brothers were professional lime burners from Sorrento on the Mornington Peninsula. Albert Elleker, Charles and William Evans and Robert Robertson joined them, and all are listed as directors in trading documents dated 1912. In 1914, William Hughes, then of Ten Mile Creek, is listed as the owner and operator of the Bell Point Lime Company and employed Bill Hilton as operations manager. The Bell Point operation continued until about 1916 when the Hughes brothers both returned to farming on properties in the Ten Mile Creek owing to reduced demand for lime as a result of the war and severe drought. In the years following the 1914-1918 war the building trade boomed in Melbourne and a move was made to reopen the Bell Point Kiln, however, this never occurred. This Bell Point kiln was constructed and operated in the same way as those at Walkerville and was worked by five or six men, some of whom lived with their families in a cluster of small cottages near the kiln. Whilst the bagging shed, cottages and smithy have long since disappeared, parts of the chimneys and other remains can still be found in the undergrowth.

Kiln ? the single brick and stone kiln at Bell Point is in very good condition. Like the nearby Walkerville kilns, it is a typical hillside construction. It is set back about one metre from the top of the escarpment and surrounded by a bricked platform. The shaft is about eight metres deep, with an internal diameter of 3.5 metres. The line of the original access track runs behind the top of the shaft and a pile of limestone blocks lies on the opposite side of the track. The escarpment rises steeply immediately behind the track. The quarry is located some 500 metres south of the kiln and apparently the limestone blocks were transported inland from the quarry by bullock cart and then tipped down the slope, sliding to the top of the kiln. The two stone wing walls (which are about 11 metres long) are closer together than the kilns at Walkerville; the south wall is almost perpendicular to the shaft and the north wall runs out at an acute angle. The front facing wall is of particular interest as there is no barrel vault leading to the draw hole, instead a series of nine cut-timber beams and one iron tie-beam support shallow corbels, staggered underneath the top-facing wall. A brick-framed square-arched draw hole sits at ground level.

Other site features include the remains of a jetty, tramway and habitation sites.

The jetty was built on the north side of Digger Island, and a series ofremnant piles still remainin situ. The lime was loaded into lighters to be taken out to the ship anchored further out as the water was too shallow to allow ships to moor close by.

The remains of metal tram tracks are visible running north from the kiln, towards the beach and the remains of the timber jetty.

Deteriorated brick and stone chimneys can be seen in the bush immediately west of the kiln.These are all thatremain of the lime workers? residences .

How is it significant?
The Bell Point Lime Kiln and the related features are of historical, scientific (technological) and archaeological significance to the State of Victoria.

Scientific - The Bell Point Lime Kiln is scientifically important representing a reminder ofthe industrial processes associated with lime buring industry.The Bell Point Kiln together with those located at Walkerville demonstrate evidence of one of the largest and longest lived major commercial lime burning sites in the Gippsland region. In comparison to other Victorian kilns they demonstrate comparatively advanced technology for their times, representing the height of 19th century lime burning achievement.