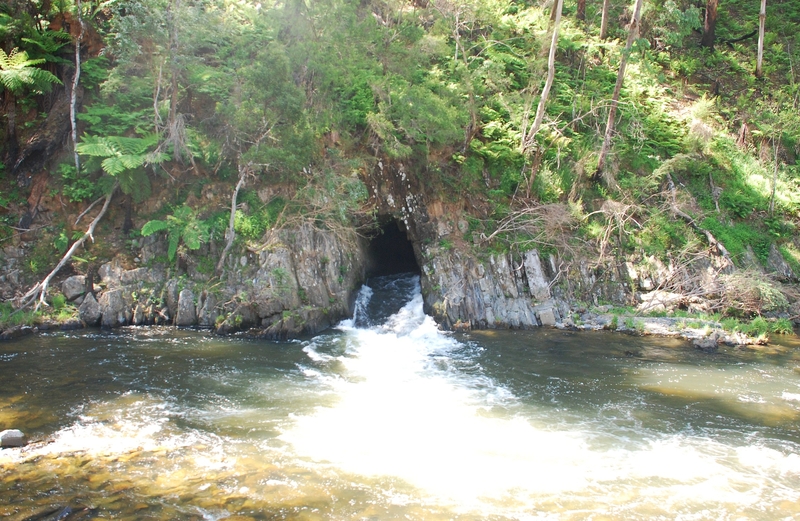 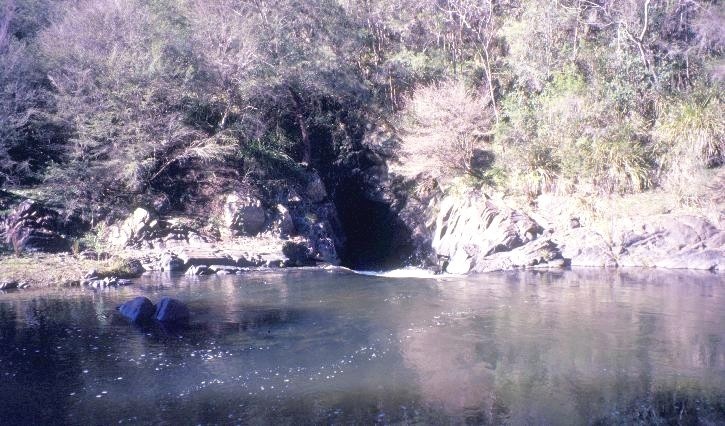 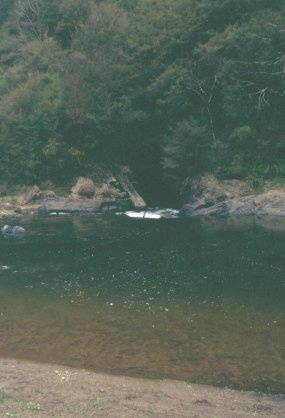 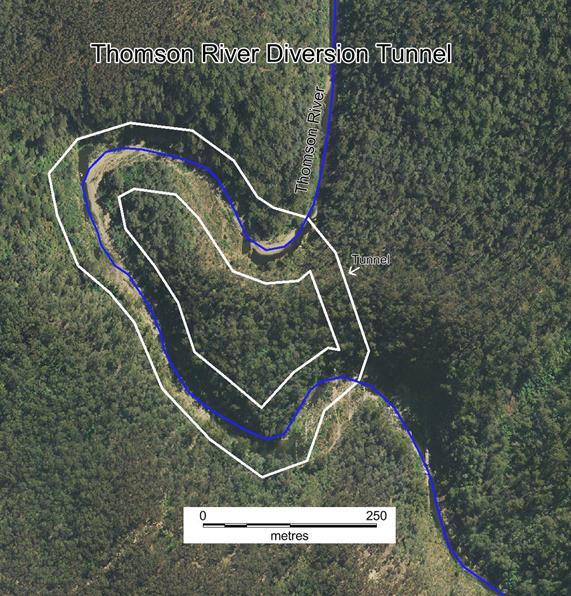 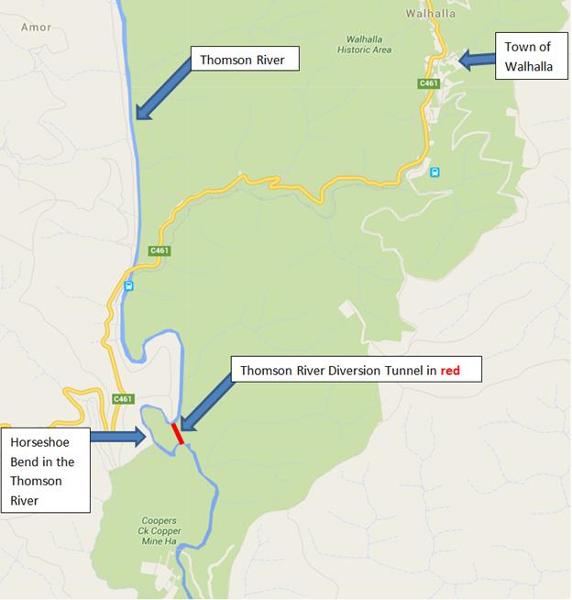 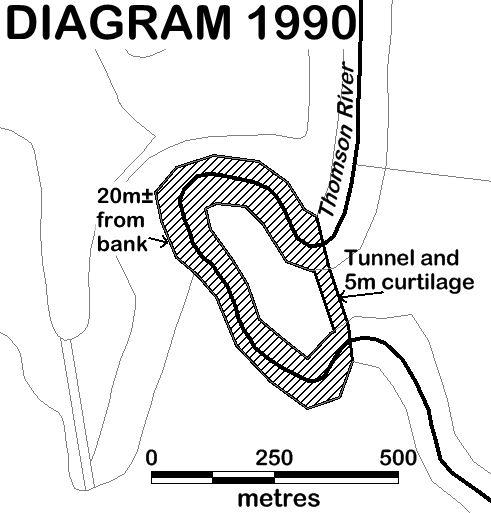 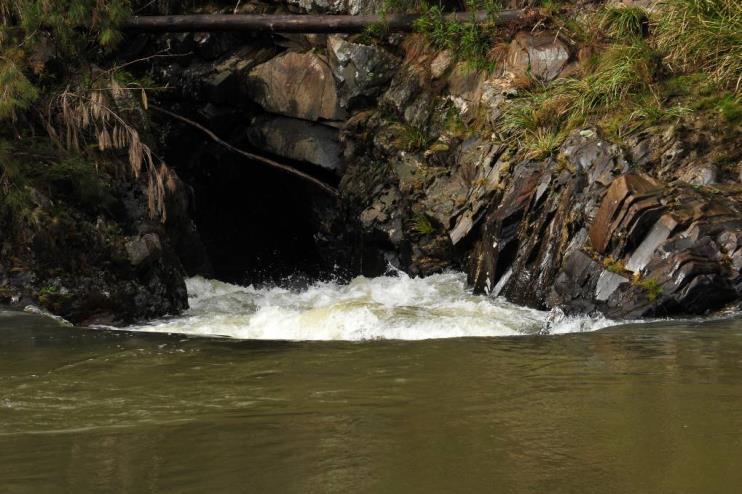 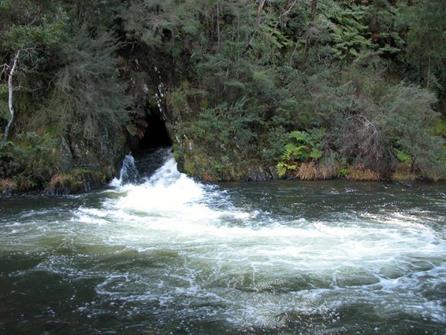 How is it significant?
The Thomson River Diversion Tunnel Site is of historical significance to the State of Victoria. It satisfies the following criterion for inclusion in the Victorian Heritage Register:

Why is it significant?
The Thomson River Diversion Tunnel Site is significant at the State level for the following reasons:

The Thomson River Diversion Tunnel Site is historically significant as one of the last and longest of the thirteen diversion tunnels constructed for gold mining purposes in the Victoria. The tunnel was constructed between 1911 and 1912. Through its design and form the tunnel demonstrates the diversion mining technology used to divert a portion of river flows away from natural waterways and enable the digging and sluicing of river bed deposits for alluvial gold. Water diversion systems were not common in Victoria and limited to gold mining regions with a mountainous topography and perennial waterways. The looping alignment of the Thomson River at Horseshoe Bend, being an already known gold bearing locality, and the presence of Stockriders Spur are also significant as they made this location particularly suitable and were in an already known gold bearing locality. Water diversion systems are important to understanding Victoria's gold mining history. [Criterion A]

The Thomson River Diversion Tunnel Site is also significant for the following reasons, but not at the State level:
There is evidence of 1870s-80s ground sluicing in various places around Horseshoe Bend on spurs (slopes) above the river bed.