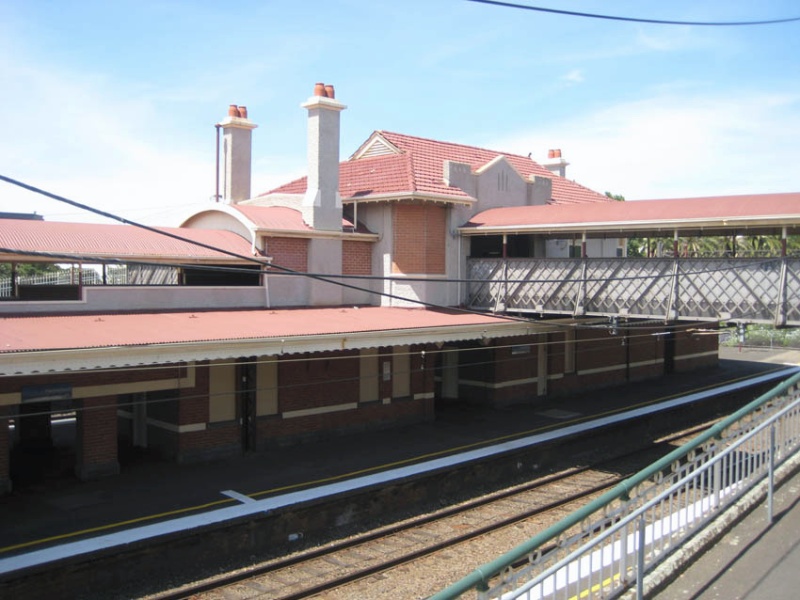 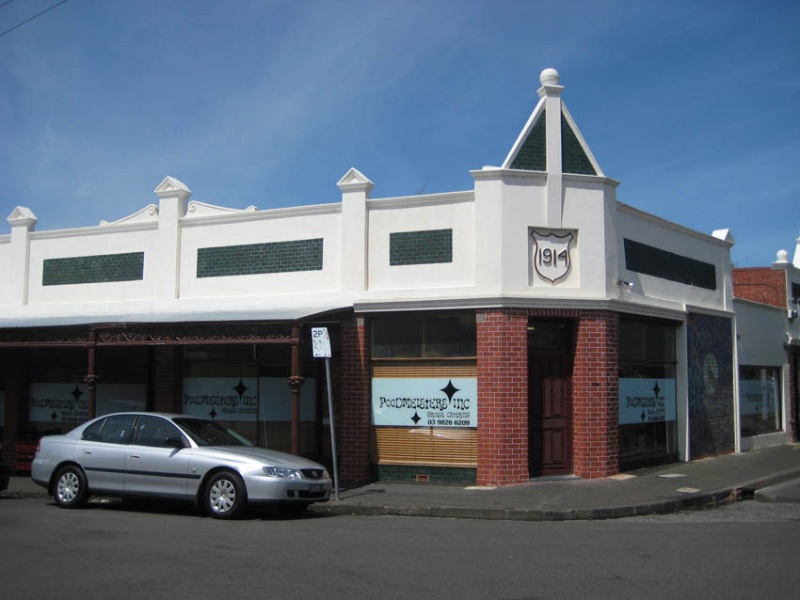 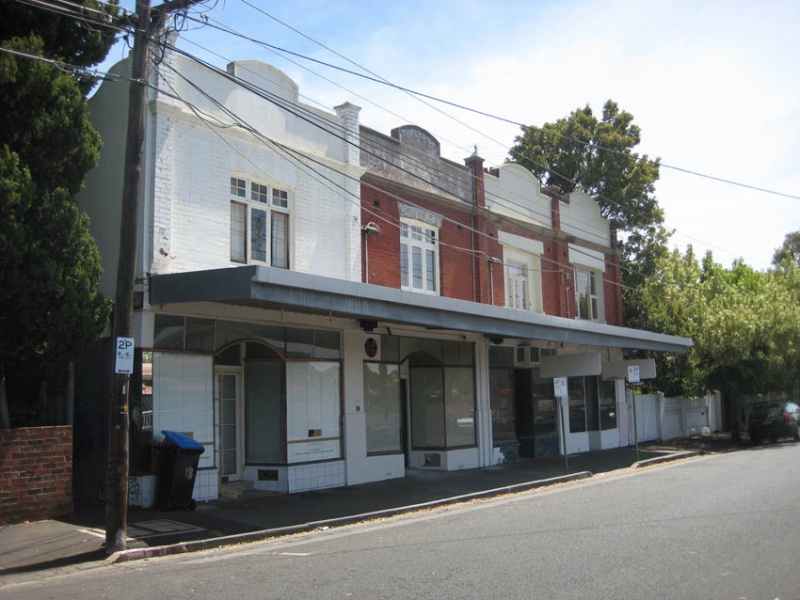 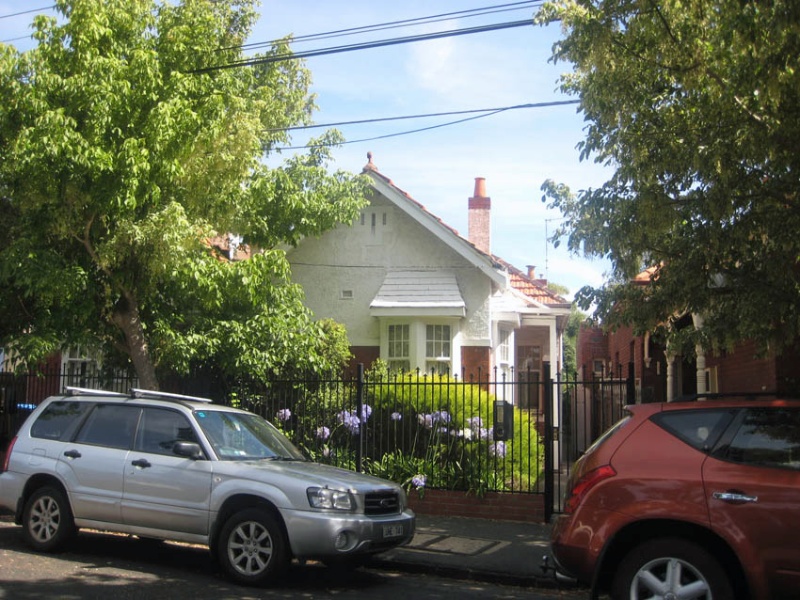 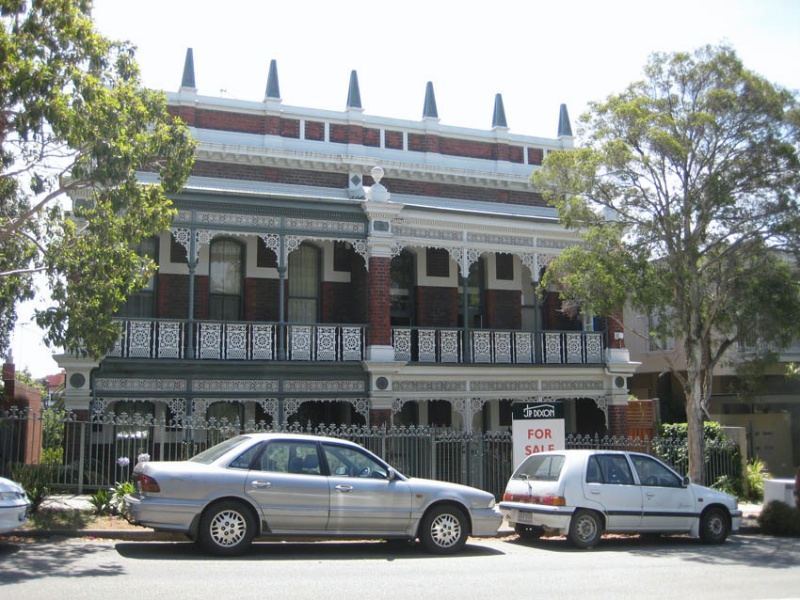 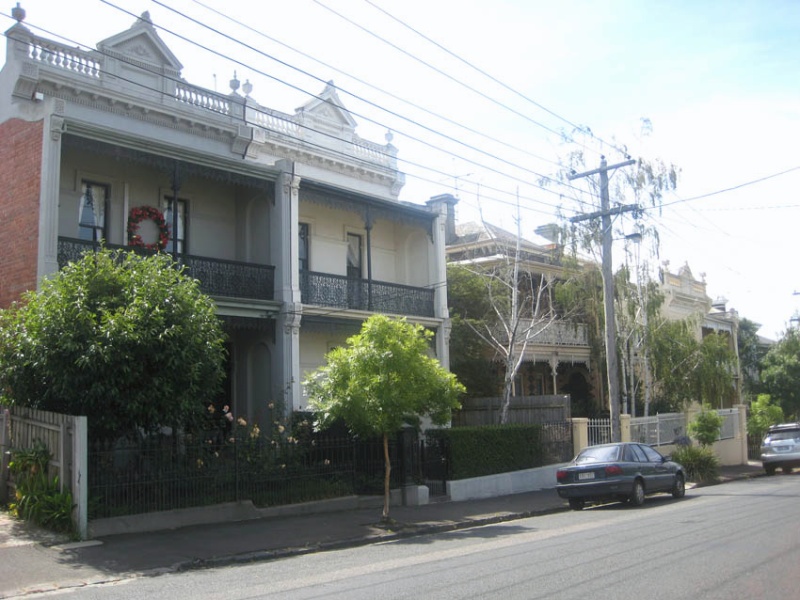 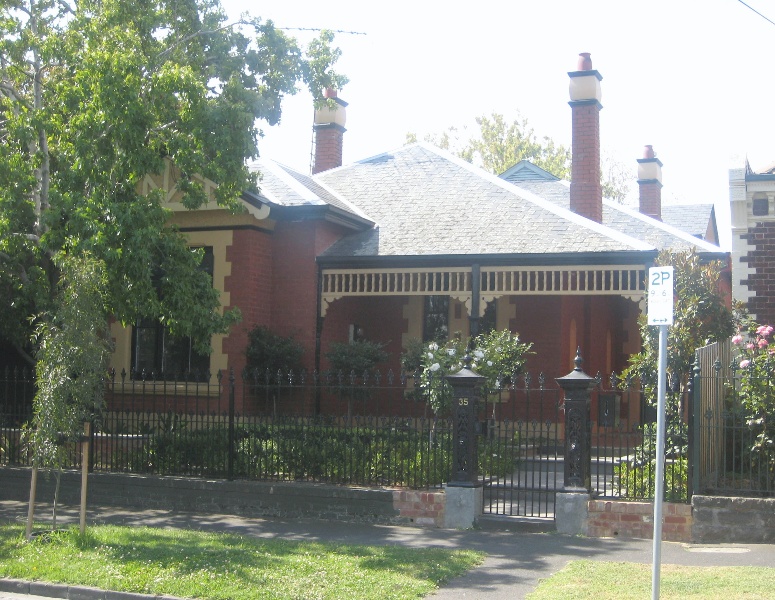 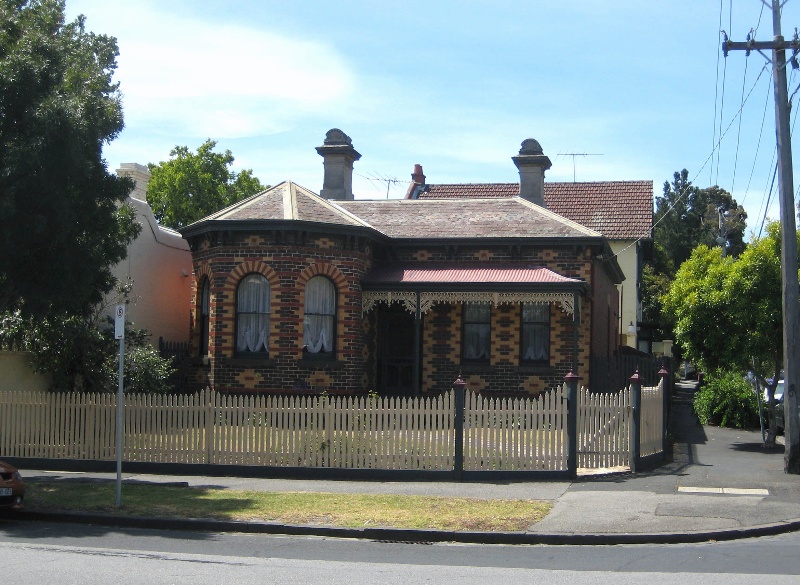 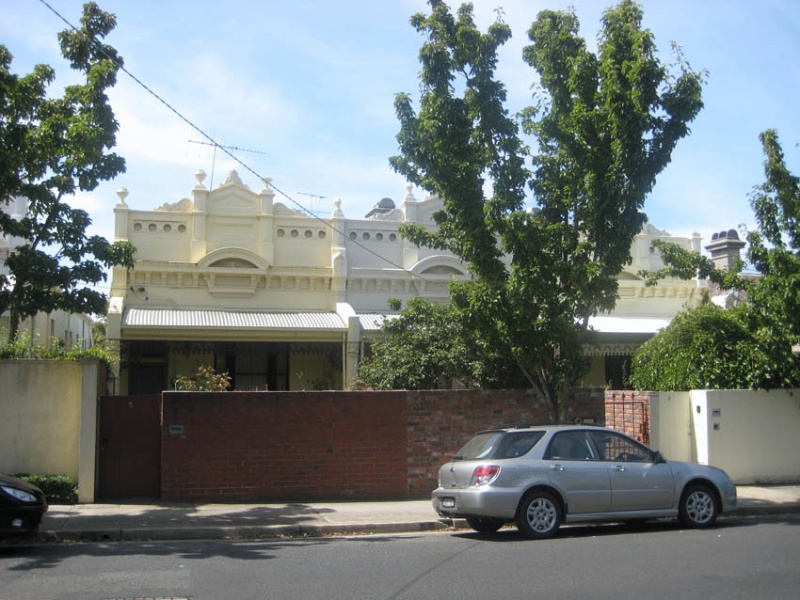 The Hawksburn Railway Station Precinct comprises an extensive and substantially intact residential area centred on the Hawksburn Station. Suburban development of the area began with the subdivision of large market gardening allotments from c.1860, gaining momentum with the construction of the Hawksburn Railway Station in 1879 and the subsequent subdivision of the grounds to Hawksburn House. A range of dwellings from modest cottages to substantial two-storey terraces and ornate villas were constructed through c.1880s. These largely survive and form significant elements within the context of the Heritage Overlay area. The station buildings were rebuilt to their current form in 1914 and retail and further residential development was undertaken c.1910s on sites left undeveloped through the recession of the 1890s. The rebuilt station, Edwardian retail and residential developments and some interwar developments contribute substantially to the significance and the mature c.1920 character of the area. Elements which contriibute to the significance of the area include:

-Road layout and allotment patterns reflecting the subdivision of local mansion estates and the relationship between and topography and status.
-The open landscaped character of the area brought about through broad streets and footpaths, undeveloped front setbacks and landscape elements both within individual properties and the public realm. Low fences and the general absence of carparking, particularly in areas to the south of the station, contribute to this quality.
-The station buildings and associated platforms and elevated walkways and the extent and form of its curtilage arising from the 1914 redevelopment.
-Built form from two distinct periods with very little modern infill illustrates development during the boom of the 1880s and the resurgence of development after the economic recession.
-Intactness of the area to its c.1920 arising from the low proportion of modern infill.
-Intactness of individual buildings to their original states. Dwellings typically survive with their presentation to the street largely unaltered retaining verandahs and decorative detailing. The area is notable for the absence of prominent additions and alterations.
-The consistent, modest scale of the built form. The station, terrace groups and substantial individual buildings such as those to the south end of Hawksburn Road and elsewhere being notable and valued exceptions.
-The detached form of the early dwellings, other than the terraces, with generally uniform (within each streetscape) front setbacks and modest side setbacks.
-Face brick or render materiality (occasionally overpainted) and roofscapes with chimneys, pitched roofs in slate or other tiles.

The Hawksburn Railway Station Precinct is of local historical and aesthetic significance. The Station is a significant element at a regional level.

The Hawksburn Railway Station Precinct is of historical significance for its capacity to illustrate the development of early retail and residential areas around a transportation node (Historic Themes: 3.3.3 Speculation and land boomers - subdivision from 1880 onwards, 7.1 Serving Local Communities). Local subdivision patterns reflect the development of large allotments and demonstrate the relationship between topography and social status with larger villa sites occupying the higher ground near the station and modest cottages built on small, low-lying allotments near the creek (Historic Theme: 8.2.1 Mansion Estates and the Higher Ground - Middle Class Estates in Prahran). Building stock dates from two distinct periods with no transitional buildings and illustrates the hiatus in building through the recession to a degree not evident in less intact areas (Historic Theme: 3.3.5 Recovery and infill 1900-1940). The station, itself, shows the role of the railway in molding and encouraging the development of suburbs (Historic Theme: 4.4.2 Developing state railway systems in the late nineteenth century). It is an element of high individual significance and, in combination with similar stations at Toorak and Armadale, also contributes to a historically significant group of stations along the line (Historic Theme: 4.4.3 Twentieth century improvements).

The precinct is of aesthetic significance for its reasonably typical but unusually intact and legible collection of intact buildings and streetscapes. The station building adopts a domestic expression departing from the polychrome appearance of nineteenth century stations. The character of the station is enhanced by retail groups to the north and south which are of some individual significance and combine to create a broader station precinct. Dwellings in residential streetscapes around the station typically reflect polite builders' domestic designs. While these largely comprise straightforward cottages and villas, a number of buildings of particular note provide additional interest. These include: two-storey terraces and villas in Hawksburn Road; Terrace Rows in Barnsbury Road and Motherwell Street; grand residences such as 1 Hawksburn Road, 31-33 Cromwell Road and 29 Motherwell Street; and ornate cottages at 55-59 Hawksburn Road. These buildings adopt a more refined architectural character, beyond that of builders' speculative designs and contribute to the high quality character of the area. A two-storey retail development to the intersection of Luxton and Williams Roads is not typical of built form in the area but is of some individual note.