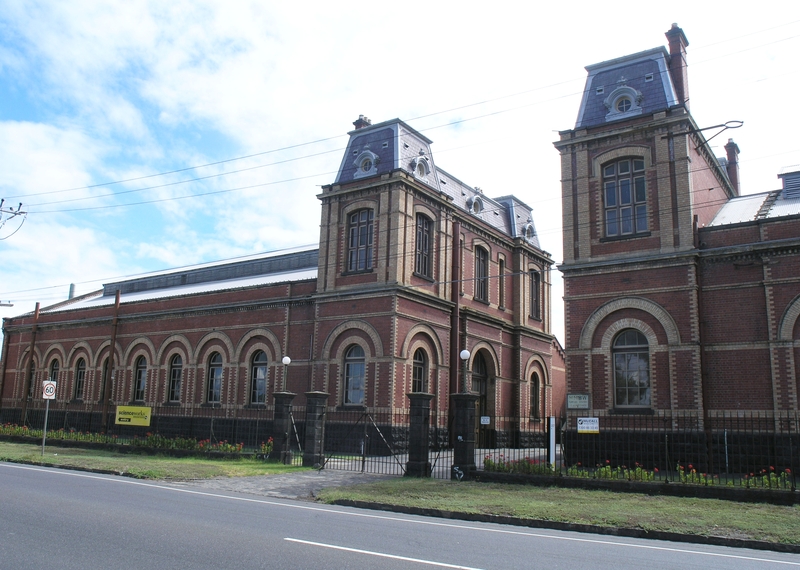 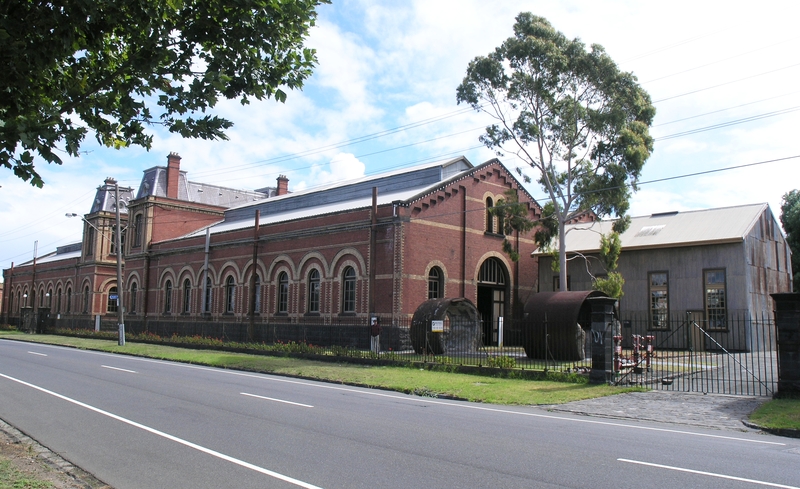 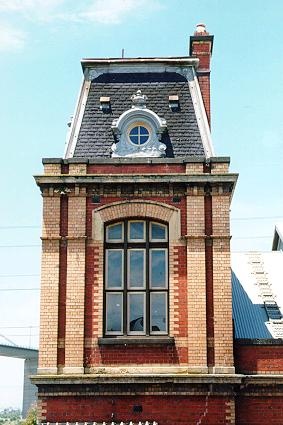 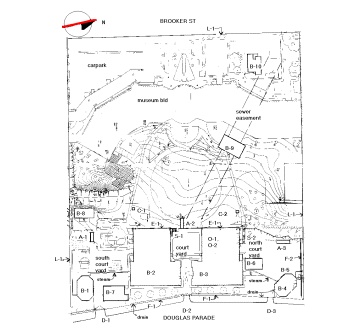 The Spotswood Pumping Station completed in 1896 and built as the key component of Melbourne's first centralised sewerage system, was initiated by the Melbourne and Metropolitan Board of Works in 1892. Designed in the French classical revival style by engineer Christian Kussmaul, and constructed by contractor AG Shaw, the complex consists of a symmetrical arrangement of two pumping houses, with their associated boiler and coal bunker buildings, and two polygonal straining well houses which are constructed of red brick with contrasting cream detailing around three courtyards. The entrance to the central yard is flanked by imposing mansard towers. Important accretions include the two-storeyed, brick managing engineer's residence built in 1898, three WWII air raid shelters, two substations and a valve house. A unique collection of steam engineering equipment as well as tools, furniture and other objects, remain at the complex. Spotswood ceased operation in 1965, although sewage still flows under the site.

The former Spotswood Pumping Station now managed by Scienceworks, is of historical, technical, architectural and social importance to the State of Victoria.

The Spotswood Pumping Station is historically important as the key component of Melbourne's first centralised sewerage system which began operations in 1897 when the first connections between toilet and sewer pipe were made. The station is unique in Australia as an intact ensemble of buildings, sewage pumping machinery, and objects. In terms of its integrity and rarity the complex has no parallel in Australia.

The Spotswood Pumping Station is technically important as an ambitious exercise in engineering that supplied the force to move millions of gallons of the city's sewage each day. Its 1901 English, Hathorn Davey steam engine, one of the most advanced pumping engines in the world at that time, is possibly the oldest extant engine of its type in Australia or Britain. With the 4 locally-made Austral Otis engines, the pumping installations at Spotswood form one of the largest collections of engines and devices functionally related to an industrial site in Australia and Britain. The station has further technical importance for its ability to demonstrate the processes of sewage treatment in the nineteenth and early twentieth century, and the machinery and associated tools chart the technological life of the complex from steam power to electricity.

The Spotswood Pumping Station is architecturally important as an extraordinary example of the Late French Empire style employed in an industrial complex, its decorative and formal qualities being illustrative of the grand tradition of nineteenth century industrial buildings built to celebrate the rise of technology.

Spotswood Pumping Station has significant social associations with the benefits its sewerage system brought to Melburnians; namely basic sanitation, and a dramatic improvement to its citizen's public health. The former managing engineer's residence, and the bacteriologist's laboratory (occupied by the only women ever employed on site), are both socially important for their associations with key staff and their specific roles.