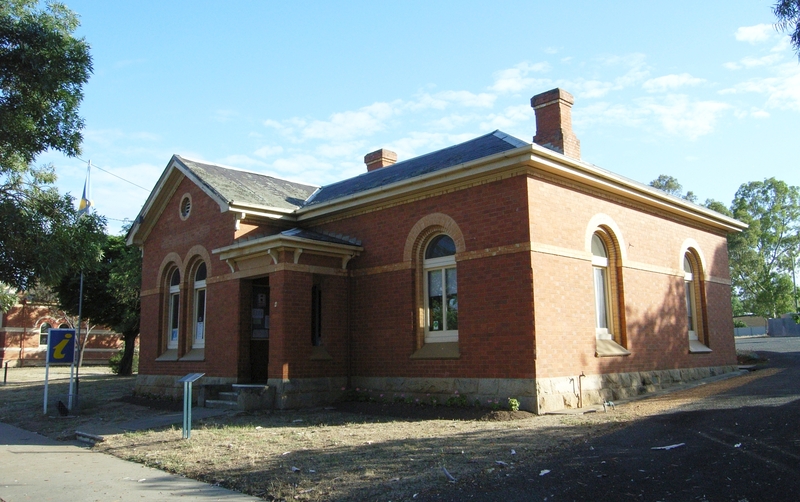 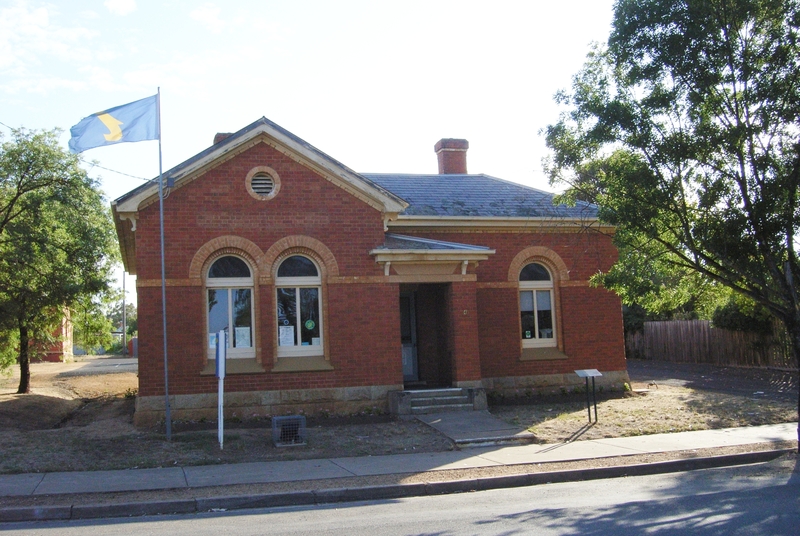 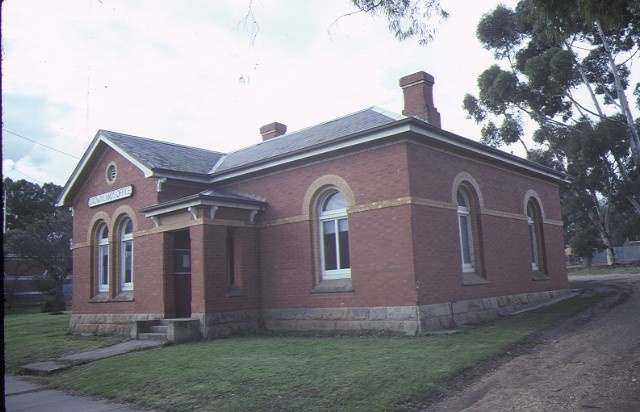 'What is significant?
The discovery of gold at St Arnaud in 1855 led to the survey of a township the following year. As the town developed through the 1860s, a number of public buildings were erected. The borough of St Arnaud was established in 1863. Apart from serving mining interests, the town also serviced a large pastoral district. From the mid-1860s and through the 1870s, large areas of Crown land in the immediate district and further north became available to selectors under the new Selection Acts. The amended Land Act of 1869 (the Grant Act), which permitted the free selection before survey of 320-acre blocks subject to the selector making certain required improvements to the block, led to a rush for land. As a result, the large squatting runs were broken up and replaced by smaller holdings. Wheat-growing proved particularly successful in the district. Land selection boosted the town?s development, and St Arnaud became the administrative centre of a large and thriving farming district.

A local government land office was established by 1874 to administer the large volume of applications under the new land act. A total of 122,000 acres had been selected in the district in the ten months prior to June 1873. A new purpose-built Crown Lands Office was built in 1876. The new building accommodated the local land board, which was responsible for the local administration of the Act. Crown land administration was not always carried out in purpose-built premises, but was often accommodated within other existing public buildings, such as court houses.

Built to a design of the Public Works Department, the Crown Lands Office, St Arnaud, is a simple, four-roomed, red-bricked office building with a hipped slate roof, an entry porch and a granite plinth to the base of the building. There a suggestion of Italianate design in the arched windows, which are highlighted by cream brick. Between two rooms in the buildings, there a small opening in the wall was made to allow for 'conversational intercourse between the clerks and the surveyors'. The new building was described in 1876 as 'somewhat squat, but far from being unhandsome' with 'a splendid foundation of Yowang Hill granite, four rooms and a hall six feet wide'.


How is it significant?
The Crown Land office, St Arnaud, is of historical and architectural significance to the State of Victoria.

Why is it significant?
The Crown Land office, St Arnaud, is of historical and architectural significance as an example of a purpose-built Crown Land office built in response to the large volume of land selections in the wake of the 1869 Land Act. These are relatively rare in Victoria, as Lands offices were often allocated space within other public buildings, such as court houses or municipal offices.

The Crown Lands Office, St Arnaud, is also of historical significance for its part in opening up the vast Wimmera wheat-belt in the 1870s; as such, it marks the important shift from gold-mining and grazing to wheat-farming.

The Crown Lands Office, St Arnaud, is also of historical and architectural significance significant as one of an important group of public buildings that make up the town's historic public buildings precinct. These include the Post Office (1866), Court House (1866), Police Lockup (1862?) Shire Offices (1902) and Town Hall (1869).