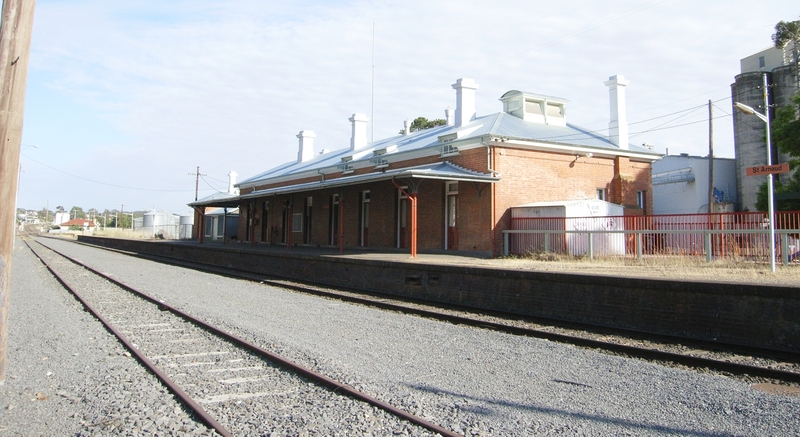 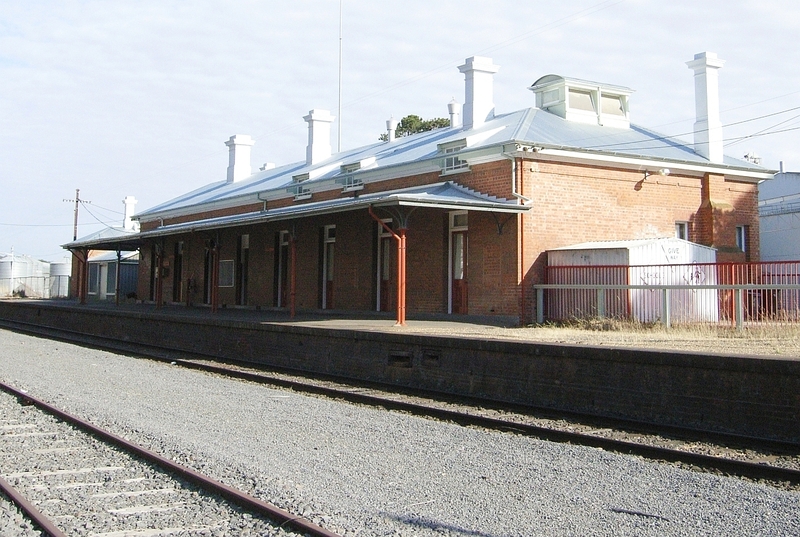 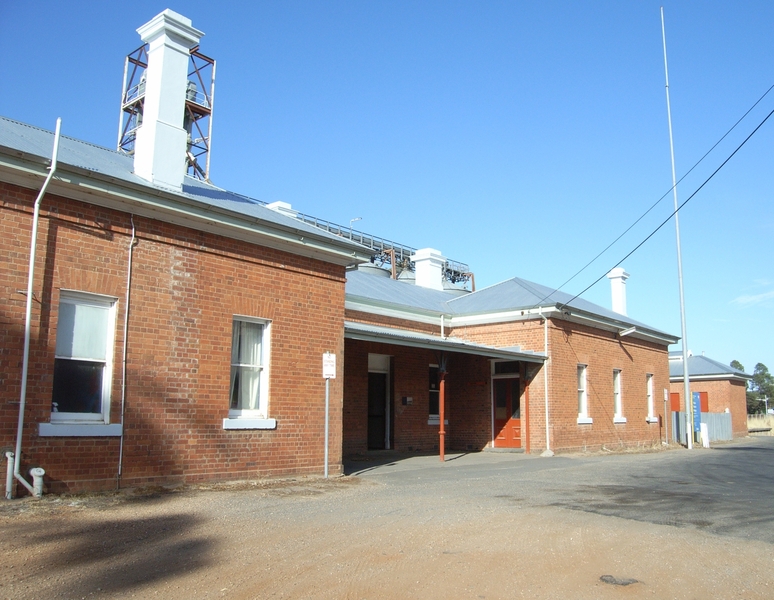 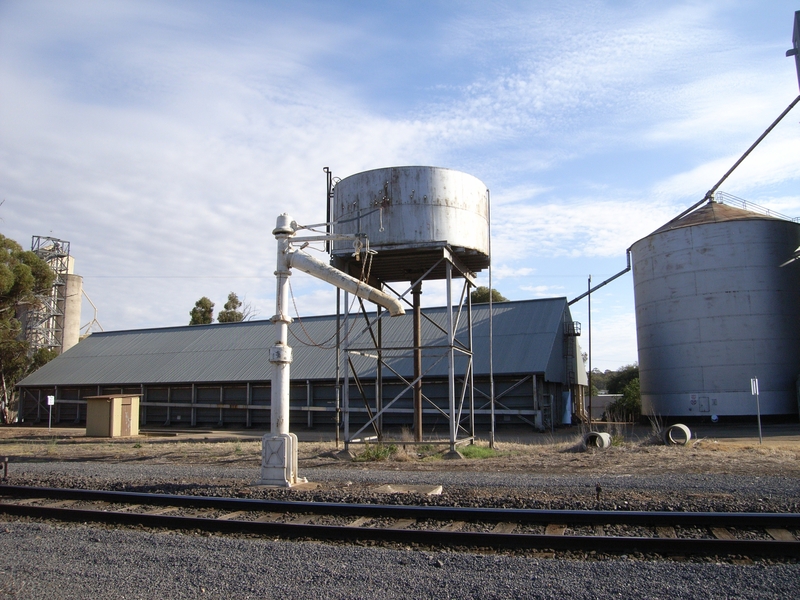 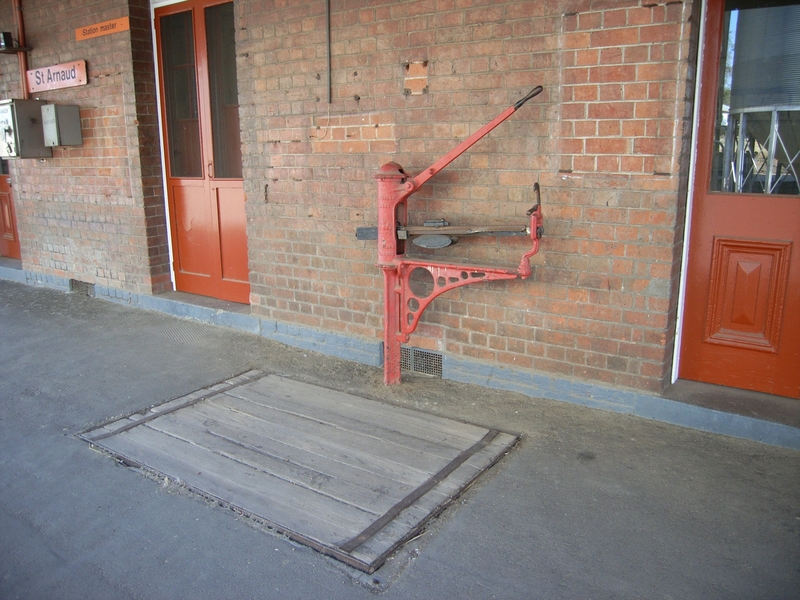 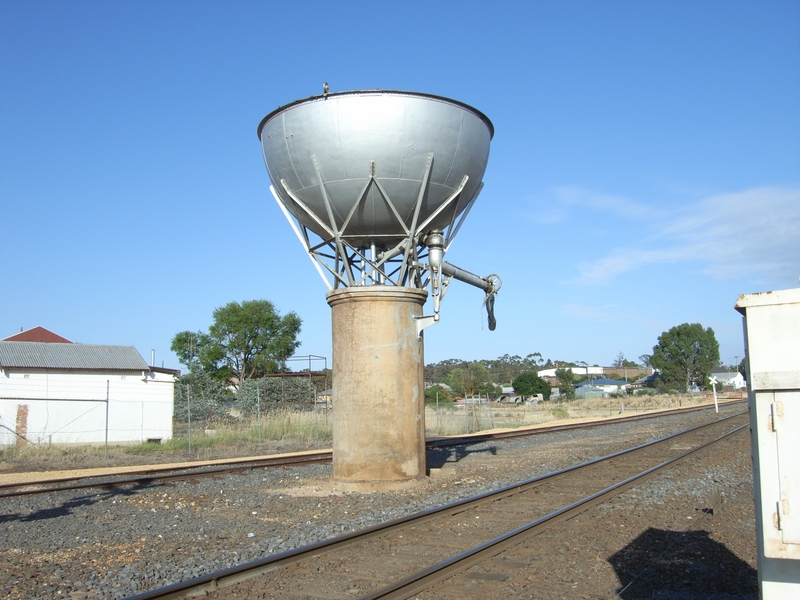 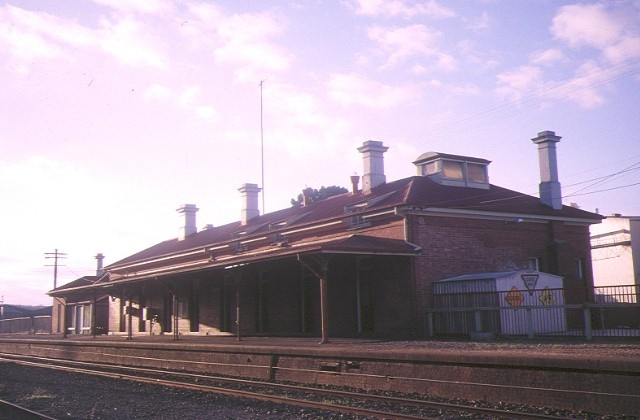 St. Arnaud Railway Station was built by J Foot in 1879, on the Ballarat-St. Arnaud line for the Victorian Railways. It consists of a substantial, symmetrical, hip roofed brick station building with cast iron platform verandah. A detached brick lamp room adjoins. The water tower is a standard 'Type B2' design- hemispherical 5,000 gallon tank carried by means of a 'T' iron frame onto a cement rendered brick column. Other structures include a 10,000-gallon water tower and a water column, which remain to the upside of the station. The platform wall is brick with basalt coping.

St. Arnaud Railway Station is historically and architecturally significant to the State of Victoria.

St. Arnaud Railway Station is architecturally significant as an important member of the 'St. Arnaud' style of station buildings, which were developed to cater for the demands of the larger inland towns. Being of classical design, with a standard 'U' shaped plan, they feature a verandah to both elevations. The water tower is also architecturally significant; the use of riveted, curved 1/8" steel plates to form the hemispherical shape of the 5, 000-gallon tank is of particular interest.

The large size of the station recalls the town's former role as a major gold mining centre during the 1880s. The hemispherical water tower is historically significant as the last remaining example of its type and an important reminder of the steam era.