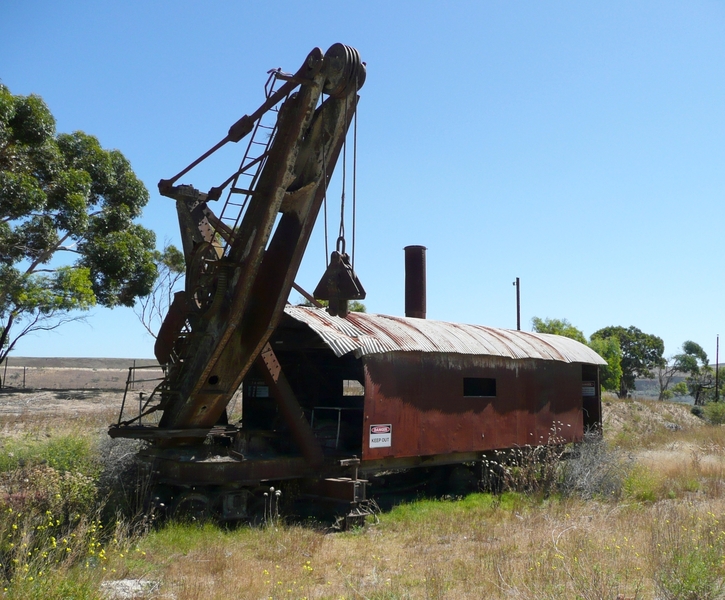 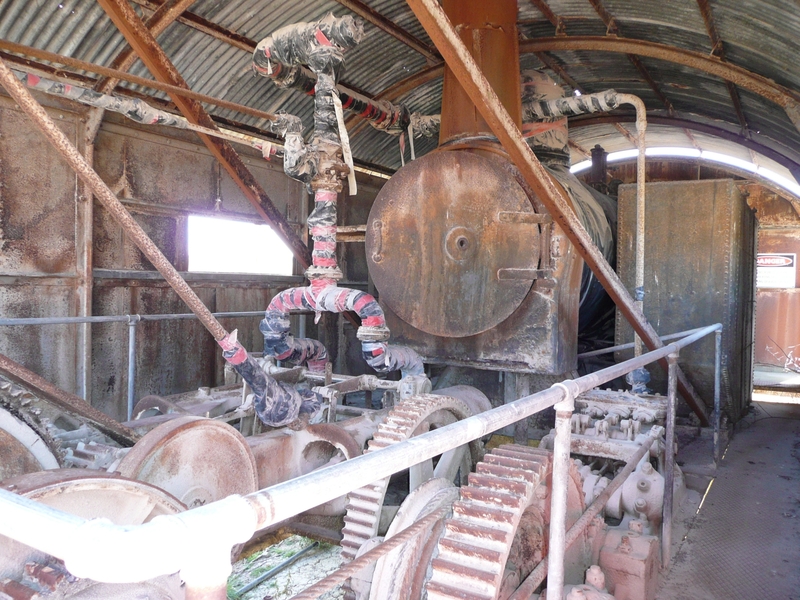 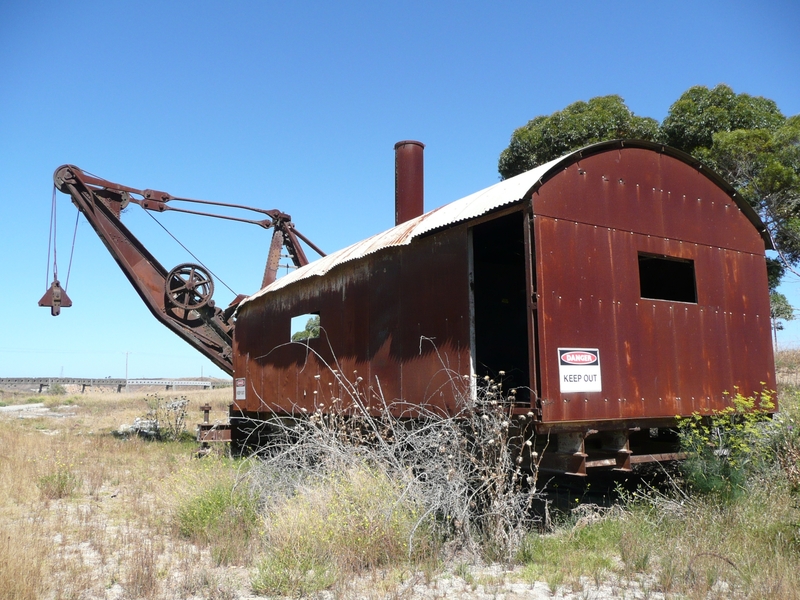 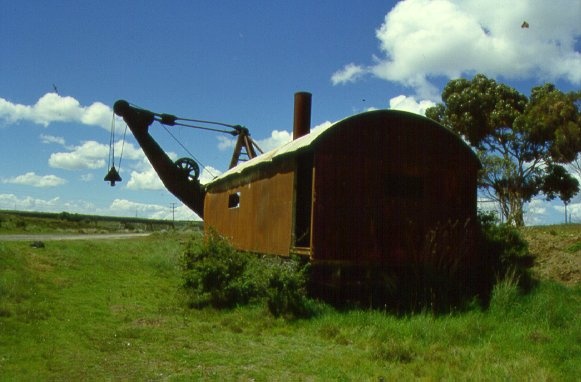 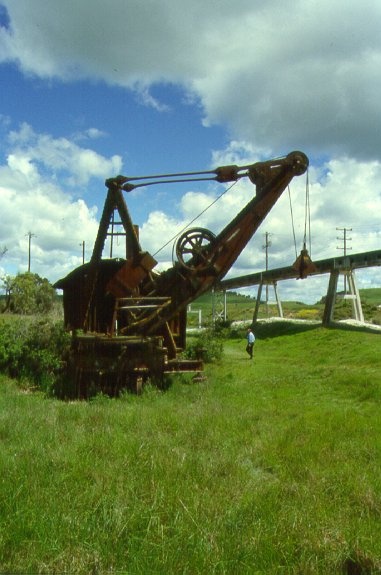 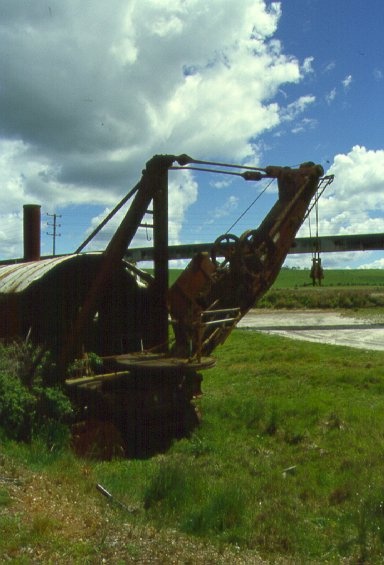 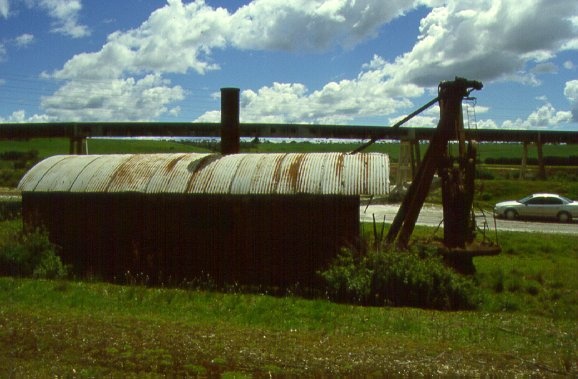 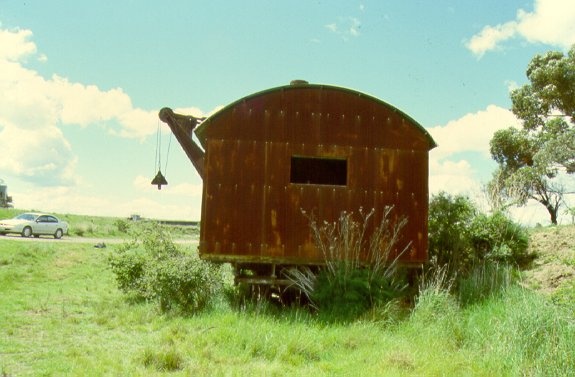 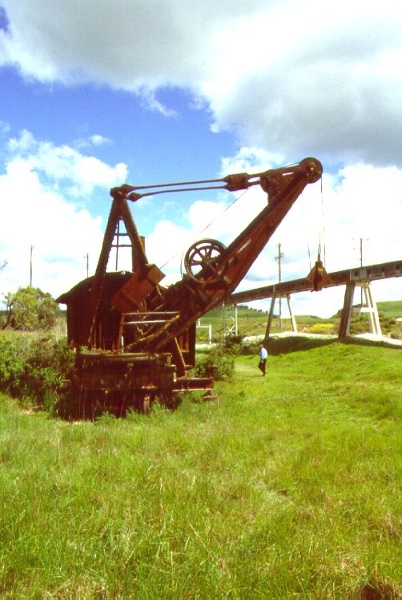 What is significant?
The Bucyrus Railroad Steam Shovel, manufactured in 1903 by The Bucyrus Co, South Milwaukee and located at Geelong Cement's Batesford quarry, Fyansford is a rail-mounted, fixed-platform, limited slew steam powered shovel. The steam shovel comprises a steel platform supported on two four wheel rail bogies, and weighs 65 tons. The shovel is mounted at one end of the platform and can slew 180 degrees. Mounted on the platform, and contained within the housing, are a horizontal locomotive type boiler, and horizontal steam engines. The three engines provide motion to move the entire excavator, and hoisting, slewing, and thrusting action for the shovel boom, dipper, and bucket. It has been dormant on rails at the top of the quarry since the 1960s. The dipper and bucket are missing and the boom converted for use as a crane.

The fixed-platform limited-slew arrangement in which the shovel is pivoted from one end of the platform was the basis of the first successful shovel in 1835. Shovels developed from this first machine followed the same basic layout until the present design of a fully slewing machine was developed. The shovel is also mounted on railway type bogies, which was the only feasible method of supporting these heavy shovels, and providing some mobility prior to the development of crawler tracks. The shovel, built in 1903, predates the development of crawler tracks (first applied to agricultural tractors in 1904). Crawler tracks were experimented with first by Bucyrus in 1905 but were not used on larger shovels until 1911, after which crawler tracks soon displaced rail mounting. Many rail mounted shovels were retrofitted with crawler tracks to improve their mobility.

The shovel was first used at the Mount Morgan gold mine, Queensland and commenced operation in September 1903 removing overburden. In 1908 it was rented to the Rockhampton Harbour Board, which used the shovel until 1923, when it was transported to Brisbane and used on the city's sewerage construction project. Later it was sold to Australian Portland Cement (now Geelong Cement), Victoria's largest cement producer, where it is thought to have begun work in the early 1920s. The shovel worked until the 1960s when it was retired. It was removed from the Geelong Cement Quarry, Batesford in 2010 in preparation for the closure of the quarry.

How is it significant?
The Bucyrus rail-mounted steam shovel is of historical, and scientific (technical) significance to the State of Victoria.

Why is it significant?
The Bucyrus rail-mounted steam shovel is of historical significance because of its association with some major Australian mining, quarrying, and construction projects. It is a rare surviving example of early machinery associated with the Geelong Cement plant.

The Bucyrus rail-mounted steam shovel is of scientific (technical) significance because it demonstrates an evolutionary period of excavator design in regard to shovel movement, machine mounting, and powering.. This shovel is the only known Bucyrus shovel of its type in the world to retain its original rail mounting. It is both the oldest known shovel, and the only example of its type, in Australia, and the world.

The shovel is of scientific (technical) significance because it demonstrates the steam powered method of powering an early generation of mechanical excavators.