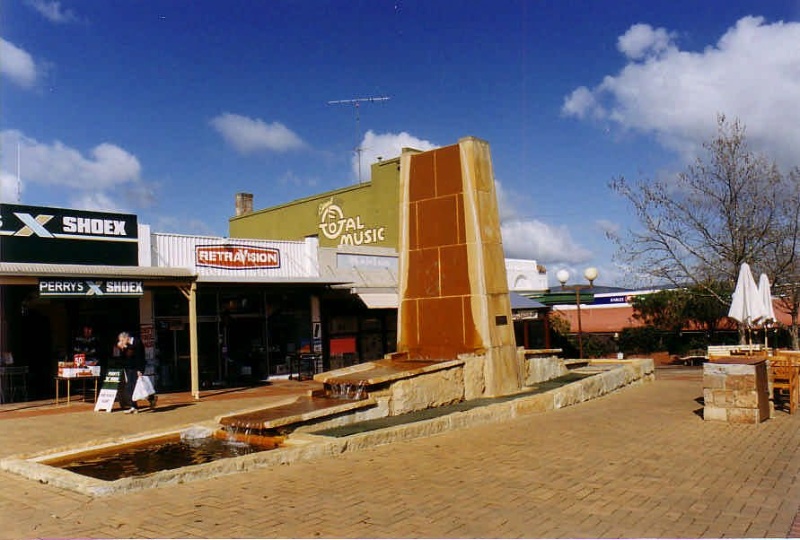 The Athletics Fountain, Gold Reef Mall, has significance as a celebration and commemoration of the achievements of the Stawell Athletic Club founded in 1877. Erected in 1977 as part of the centenary celebrations, the fountain represented one component of a major redevelopment of the upper end of Main Street into the Gold Reef Mall. The fountain was relocated in 2004.

The Athletics Fountain is historically and socially significant at a LOCAL level. It is associated with the development and success of the Stawell Athletics Club that was founded in 1877. The Club established an annual athletic carnival at Easter known as the Stawell Gift.Since the 19th century, the Stawell Gift has become Australia's premier short distance professional running race, giving the town prestige and injecting much-needed income. The fountain is recognised by the community as valued symbol of the Stawell Athletic Club's achievements between 1877 and 1977.

Overall, the Athletics Fountain is of LOCAL significance.