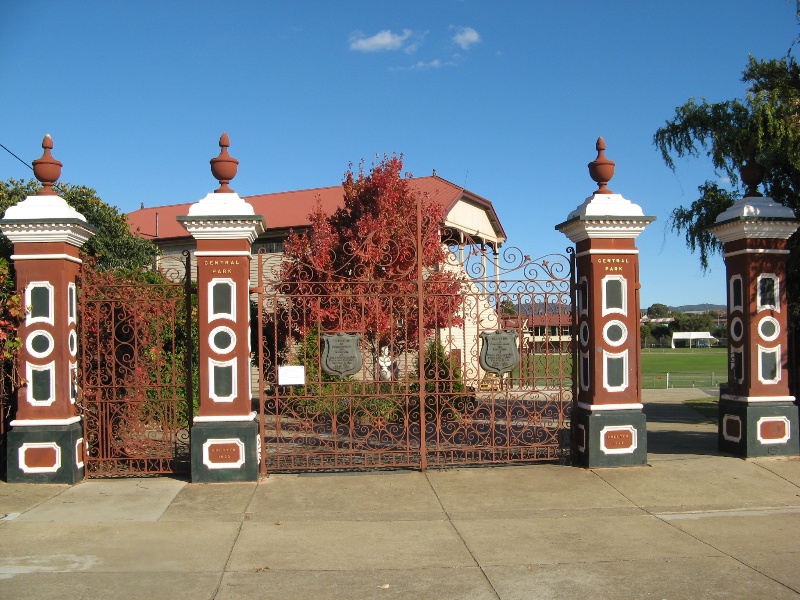 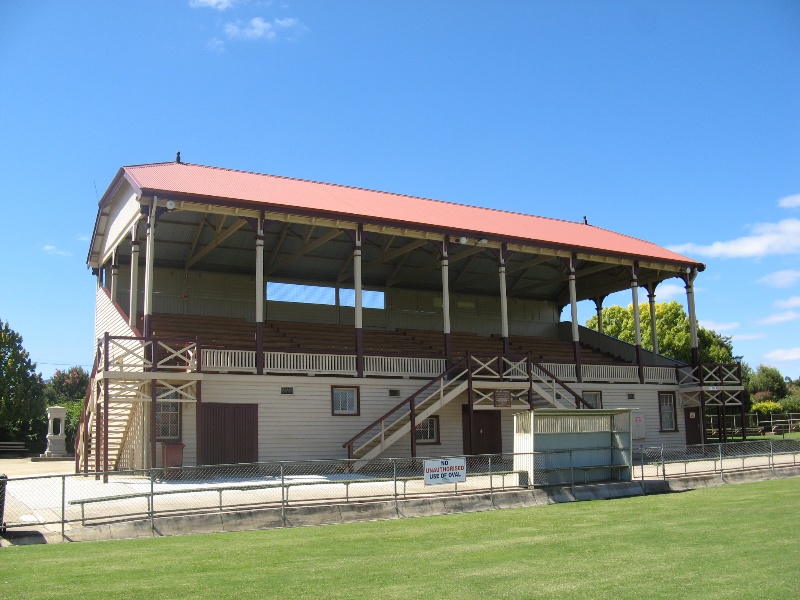 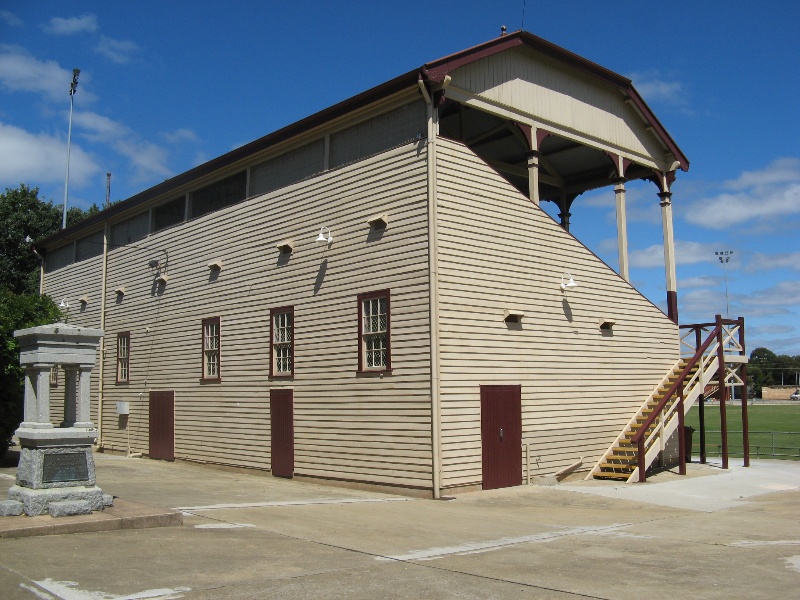 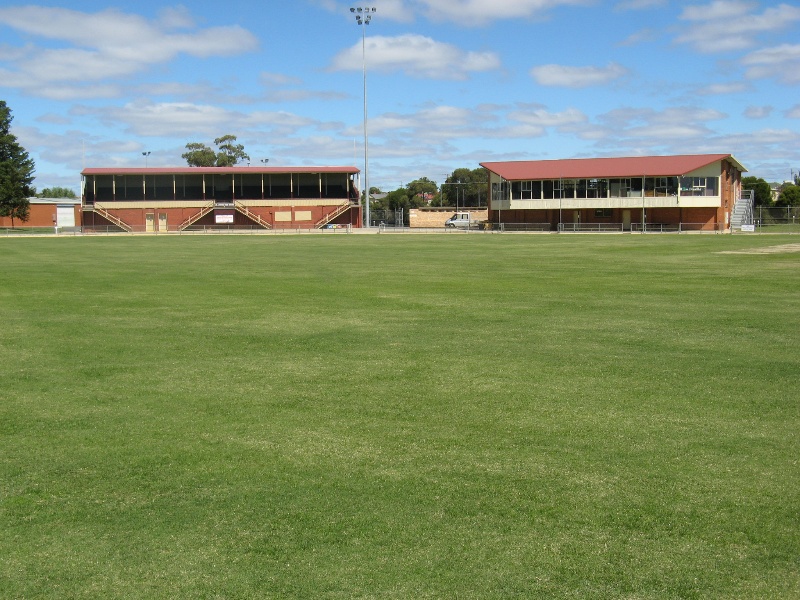 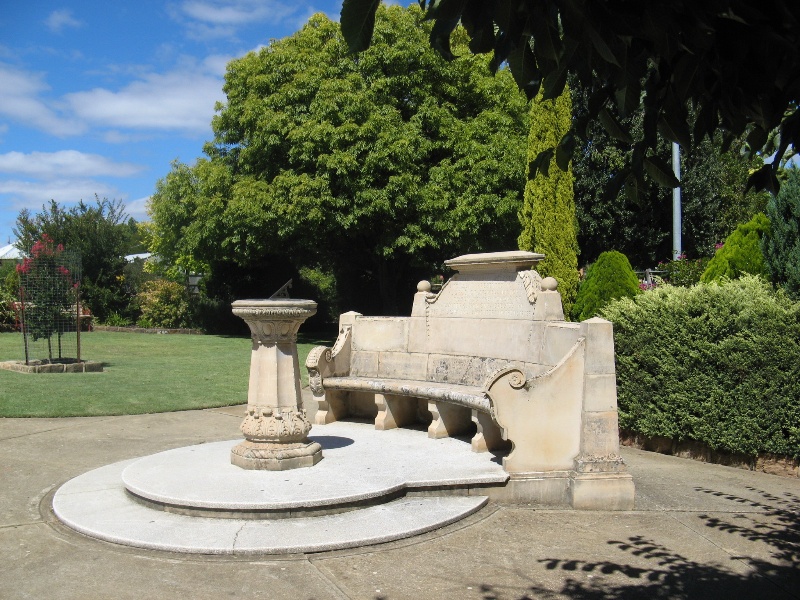 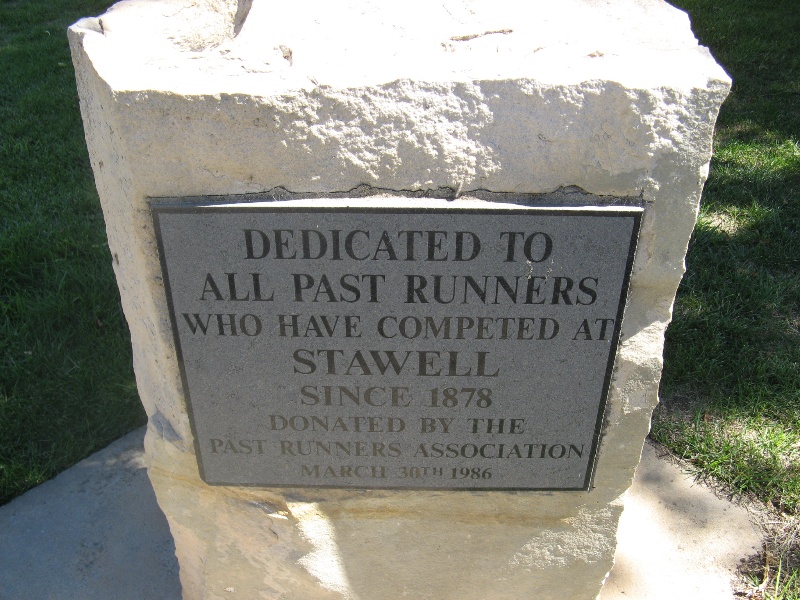 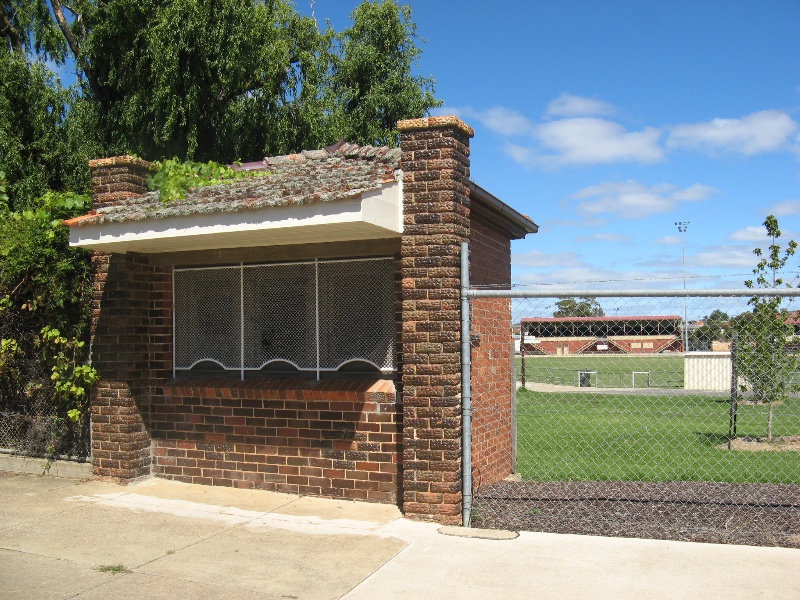 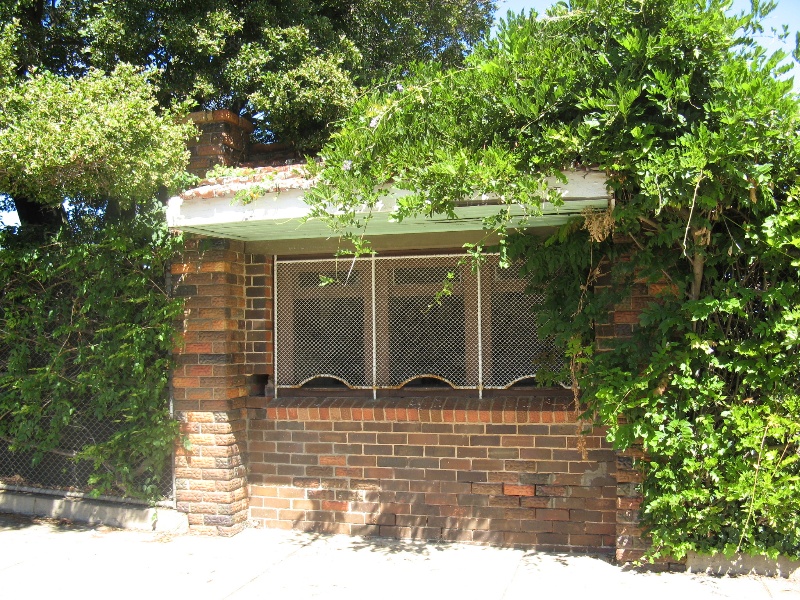 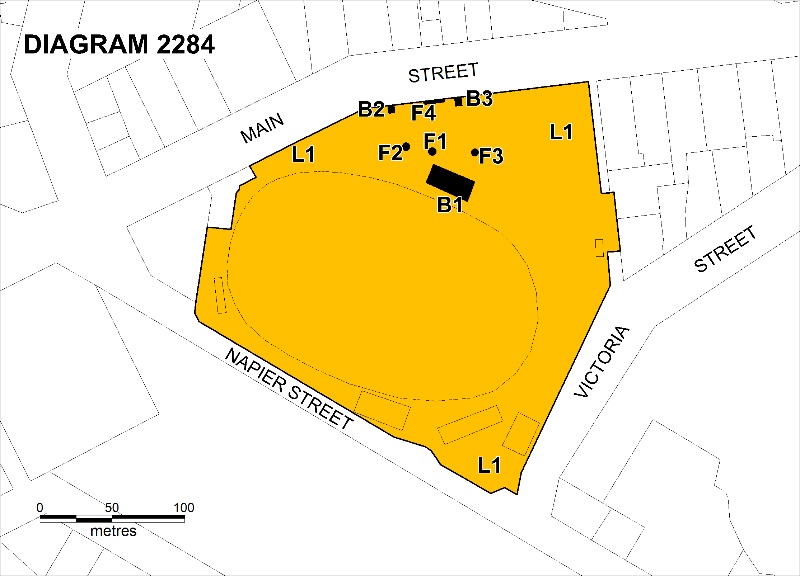 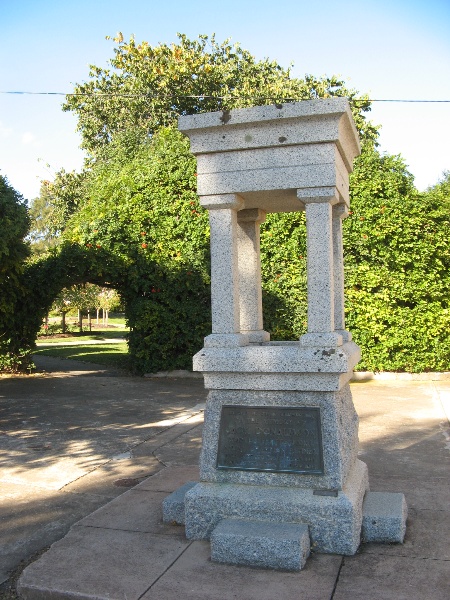 Central Park at Stawell is located near the centre of Stawell and comprises a sports oval, a timber grandstand and other buildings and a number of memorials, set amidst ornamental gardens and lawns. The site was used from the 1860s by the local gold miners as a cricket ground, but is best known as the site of the Stawell Gift, Australia's oldest, richest and most prestigious short-distance footrace. The origins of this race lie in the popular sports meetings organised as recreation by the miners and other community groups from the early 1870s. The Stawell Athletics Club was formed in 1877 and held its first meeting on Easter Saturday 1878 at the botanical reserve. The main event was the Easter Gift, run over a distance of 130 yards (118.9 metres) with a first prize of £20. The third meeting in 1880 had expanded to a two day event and its popularity, and the prize money, continued to grow. By 1884 the Gift had become an international event, with runners from around Australia competing against those from Europe and America. In 1898 the Easter meeting was held for the first time at Central Park, where a new timber grandstand was built, designed by the Melbourne architects Kempson & Conolly. The Memorial Gates, made by the local foundry of Kay & Company, were added in 1903, in memory of the fifty-seven Stawell men who volunteered to serve in the Boer War. The Stawell Gift meeting has been held at Central Park every Easter since 1899, apart from the war years of 1942-5. It has grown to a three-day event, culminating in the Stawell Gift race, a handicap race now (since 1973) of 120 metres, with a first prize in 2011 of $40,000.

Central Park is a reserve of about 7 hectares with views south towards the Grampians. It comprises a grassed sports ground, elaborate cast iron memorial entrance gates supported by masonry pillars, two brick ticket offices, an old timber grandstand and two other newer brick stands, several memorials to past runners and large open areas, including ornamental gardens and lawns. The central feature is the sports oval, around which is a diverse range of mature and semi-mature trees, including both native and exotic species. Between the grandstand and Main Street is a small ornamental rose garden, enclosed by a thick hedge and with a memorial sundial and stone seat. The timber grandstand has a corrugated iron roof supported by timber roof trusses and timber columns and has tiered timber seating. The access stairs have been replaced but to the same configuration as the original. In the ground floor area below are refreshment and change rooms.

Central Park at Stawell is of historical, architectural and social significance to the state of Victoria.

Central Park is historically significant for its long association with the Stawell Gift, Australia's oldest, richest and most prestigious short-distance footrace, which has been held at Stawell every Easter since 1878 (apart from the war years of 1942-45), and at Central Park since 1898. The Gift reflects the importance of athletics events as a recreational activity in the nineteenth century, and the continuing popularity of footracing as a professional sporting event since then. Central Park is associated with the gold mining origins of the town of Stawell, having been used by the miners as a cricket ground as early as the 1860s, and the origin of the Gift lies in the running races held by the Stawell Miners' Association from 1873.

The grandstand at Central Park is of architectural significance as a rare example of a Federation period timber grandstand, and is typical of the era with its timber columns, roof trusses and balustrading and its half-hipped roof.

Central Park is of social significance as the site of the running of the Stawell Gift, one of Australia's greatest sporting events.