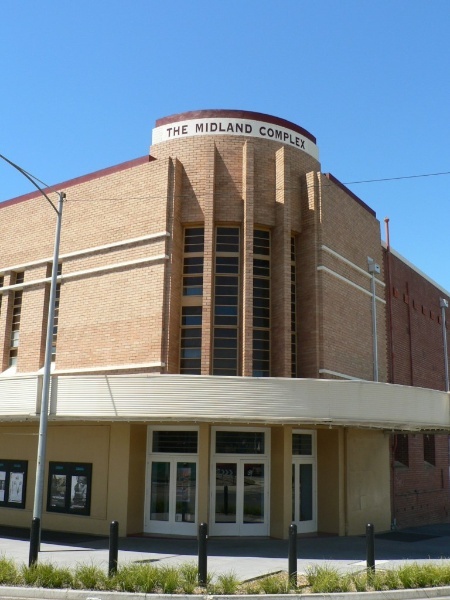 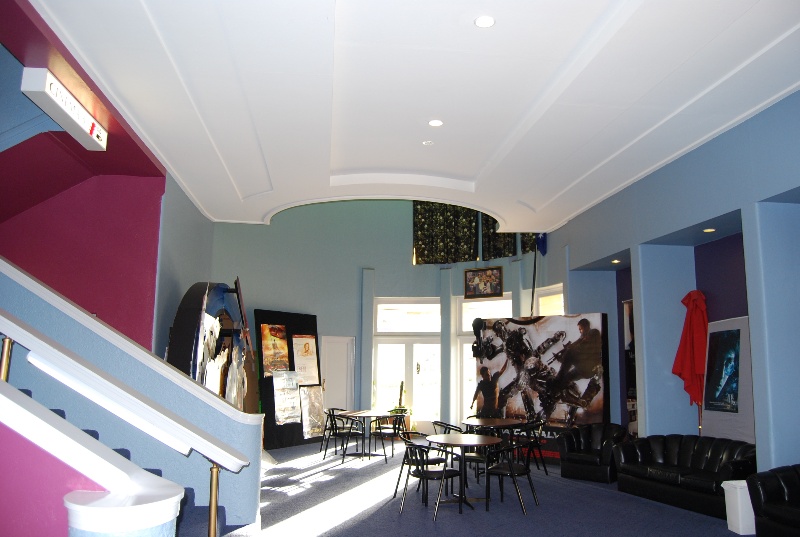 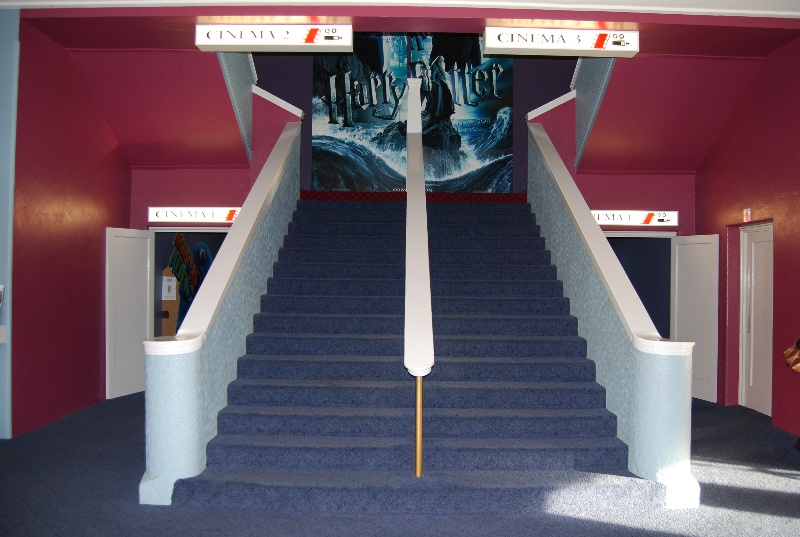 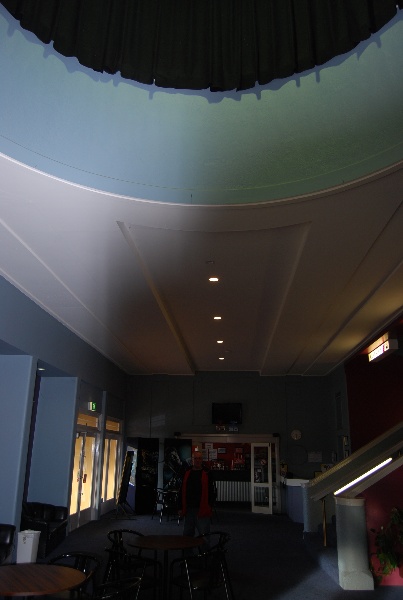 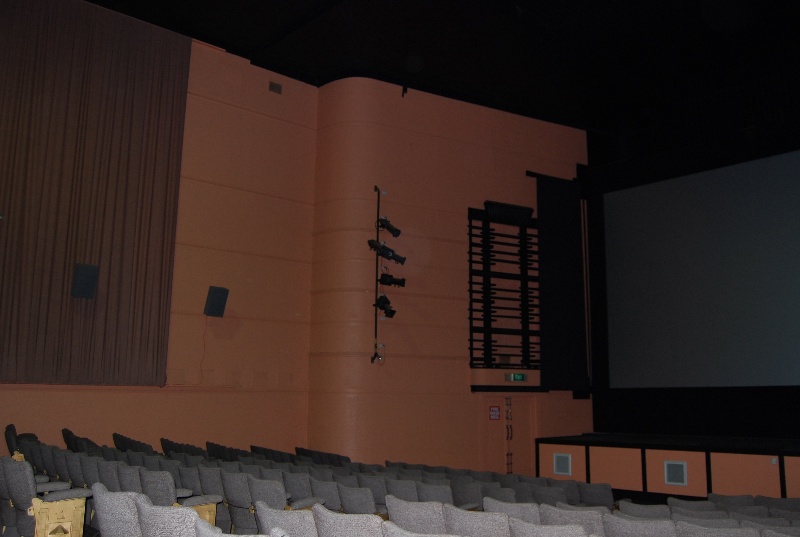 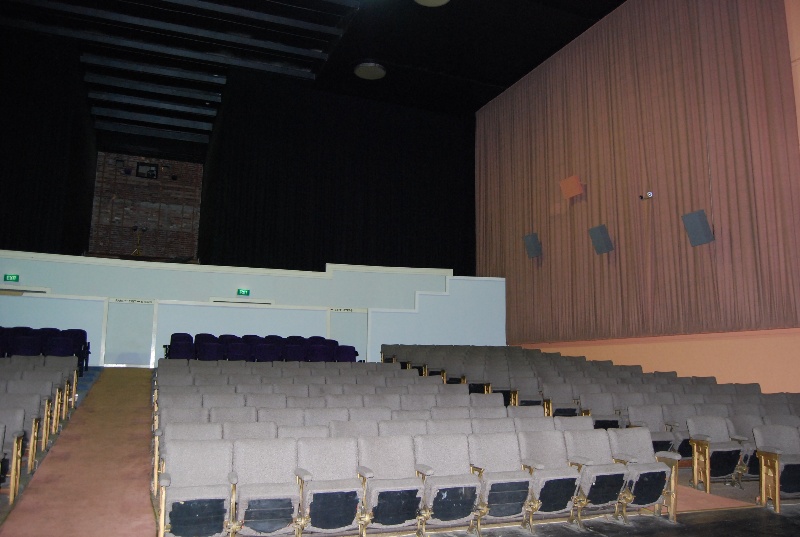 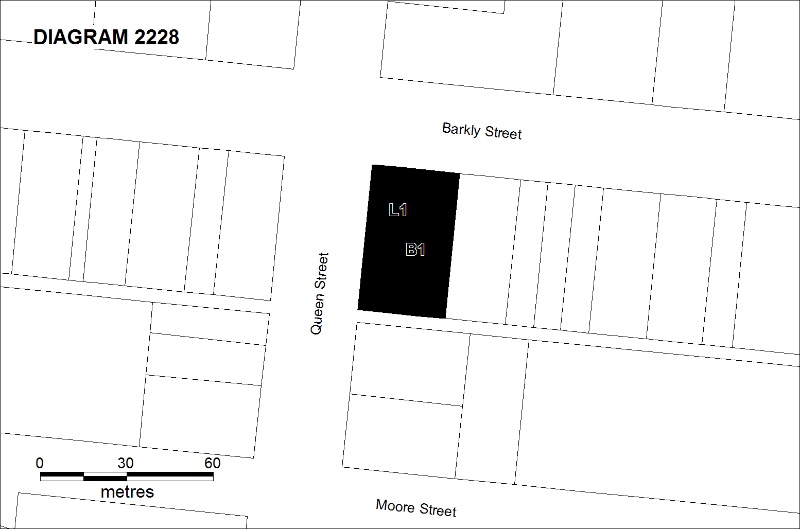 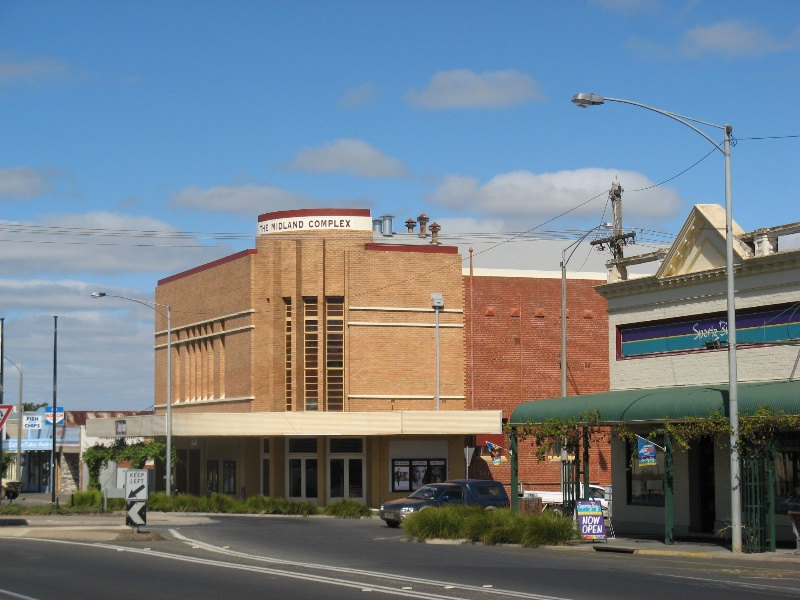 What is significant?
The Midland Theatre was built on a corner near the civic precinct of Ararat for Otto Spehr and J. Friedman. Designed by architect Rhys Hopkins to hold nearly 1000 patrons, it opened in 1938 as one of the largest purpose-built commercial cinemas in rural Victoria. The building was renamed the Astor in 1959.

The theatre is a large brick parapeted building designed in the Moderne style of the 1930s. It curves around the corner site with cream brick used for the Barkly Street elevation and the curved section, and contrasting red brick for the Queen Street elevation and the rear elevations. Vertical and horizontal elements are balanced within the composition. The curved corner is strongly detailed with a recessed quadrant section featuring vertical cream brick fins and vertical strips of windows with contrasting horizontal transoms. A rendered strip trims the top of the parapet and rendered cornices are used to divide the facades into a ground floor, a taller first floor and a deep parapet. A cantilevered awning repeats the curve of the building.

Decoration throughout the interior of the theatre is minimal, in keeping with the Moderne style. The corner curve of the building contains a circular opening at first floor level which originally linked the upper foyer to the foyer below. A wide central staircase provided access to the upper foyer. The auditorium is designed using a stadium form of seating, with no public space provided below the dress circle. Few live performances were held in this theatre despite the provision of a stage in the auditorium.

The theatre ceased operation after the advent of television. However it reopened in the 1980s when two small theatres were installed at the rear of the main auditorium, largely replacing the dress circle and upper foyer.

How is it significant?
The Midland Theatre, Ararat is of architectural and historical significance to the State of Victoria.

Why is it significant?
The Midland/Astor Theatre, Ararat is of historical significance as one of the largest purpose-built cinemas in rural Victoria. It is important for its association with a major form of popular entertainment in the twentieth century and its reflection of the popularity of this form of entertainment in country Victoria from the late 1930s to the 1950s.

The Midland Theatre, Ararat is of architectural significance as an important, and relatively intact, example of the Moderne style in Victoria, in particular the work of the architect Rhys Hopkins who was described as one of the most important and innovative Moderne architects in Melbourne. It is unusual for the stadium seating form adopted in the auditorium and for the circular opening which originally linked the foyer levels.