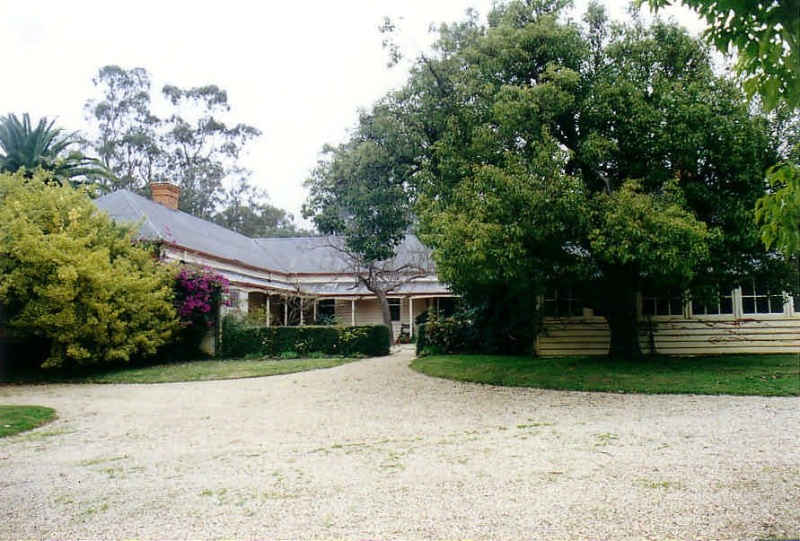 The Tottington complex consists of a rare surviving single storey, stone, brick and weatherboard homestead begun in the 1840s and completed in the 1850s around a courtyard, and various outbuildings. Other structures and places of importance in the complex include the ballroom constructed in the 1880s; the timber meat house and a brick building adjacent to the homestead; the timber slab woolshed constructed in 1845 and still in use; a stone cottage dating from the 1840s or 1850s; an early timber slab blacksmith's shop which retains the forge, bellows and some implements (The blacksmith's shop was demolished by falling tree branches during a storm in February 2015); a small cemetery; one of the two oldest steam engines in Victoria; the remains of the brick school house and the archaeological site of the winery. The property is located on the original pre-emptive rights of the Tottington and Ramsbottom pastoral runs.

The buildings are sited near the Avon River and retain their pastoral setting. Tottington homestead and outbuildings are architecturally significant at a STATE level. They demonstrate a sequence of development from the pre-gold rush period through to the late 19th century. The courtyard section of the homestead, substantially intact and unaltered from the 1850s, is significant. The late 19th century additions to the homestead contribute to the appreciation of the site as an evolving complex and are of social and historical significance.

The outbuildings, including the meat house, blacksmith's shop, stone cottage, brick cottage, remains of the schoolhouse and the site of the winery, and the cemetery, each contribute to the appreciation of the site as an evolving complex and for commemorative reasons and are of social and historical significance.

Tottington is historically significant for its association with Lawrence Rostron, a pioneering pastoralist, racehorse stud breeder and sheep breeder. Rostron is credited with having first introduced artificial fertiliser to Australia.

Tottington is historically significant for its association with Andrew Anderson, Member of Parliament, Chairman of the 1890s Royal Commission into Water Supply in Victoria and sheep breeder.

Tottington is historically significant for its association with the Count de Castelnau, naturalist, consul and landowner.

Tottington is scientifically significant at a STATE level. The early steam engine (which was used to power equipment from the 1850s to the early 1900s) represents a rare form of 18th century technology.

Overall, Tottington is of STATE significance.