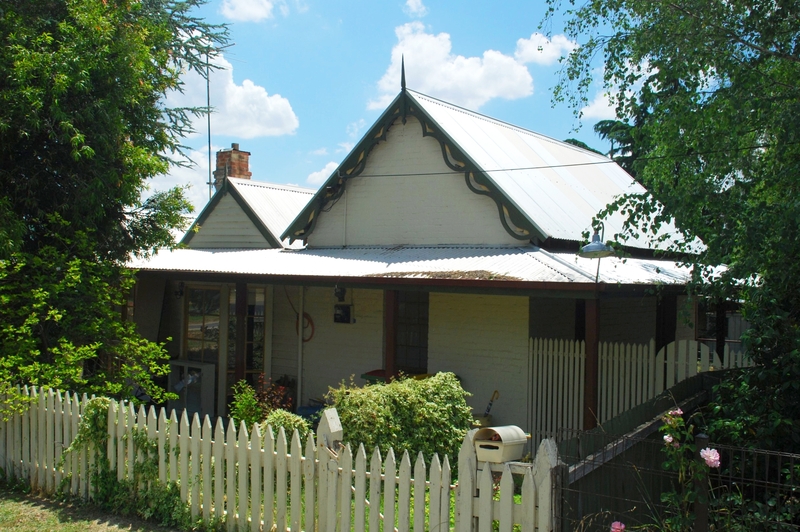 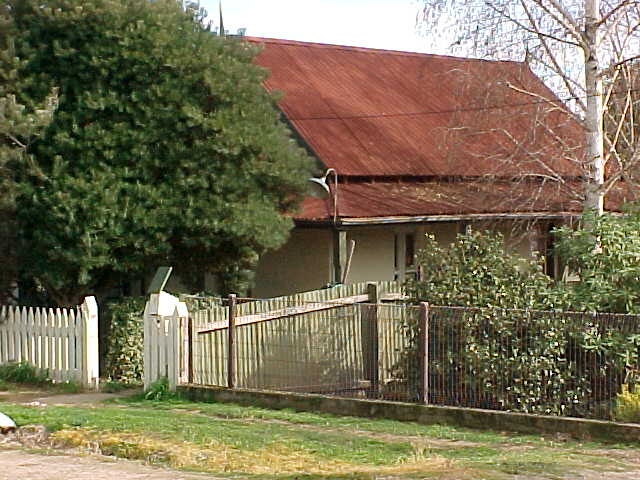 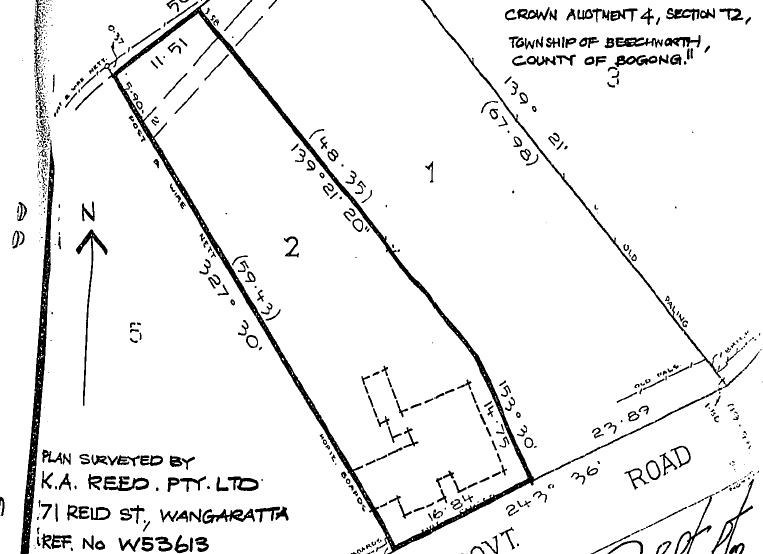 What is significant?
The house at 10 John Street was built in stages. In 1862 a miner named R Chant built a 16ft x 12ft calico tent with slab walls on the site. The slab walls were later replaced by weatherboards and the calico roof by shingles. This early structure probably comprises the central part of the present three gabled building. The principal section, built of brick with decorated barge boards and a verandah round three sides, probably dates from c1878. A notable feature of the house is its various additions, which are well documented, and its evolution from a miner's tent to a more conventional picturesque cottage with some pretension, as expressed in the decorative barge boards. The house is located close to the old gold mining area and is an interesting survivor of the gold rush period.

The house at 10 John Street is a single storey brick and weatherboard building made up of three gable roofed sections of different ages. The central part was originally a slab walled tent, which became a small miner's cottage with two rooms. Adjoining this on one side is a gabled brick section with fine decorative barge boards similar to those on several other houses in Beechworth. The house is an essential element of this important historic town. The low timber picket fence shown in early illustrations of the house has been removed. The windows and doors have been considerably altered, and the brickwork has been painted [1976 study]. The timber verandah posts have been placed on rendered brick pedestals.

[This information was obtained from the RNE citation, which does not give the date of the other section of the house. The National Trust Statement of Significance states that the three stages were built in 1864, 1872 and 1876. More research needs to be done to establish the correct dates and the present condition of the house.]

How is it significant?
The house at 10 John Street Beechworth is of historical and architectural significance to the State of Victoria.

Why is it significant?
The house at 10 John Street is historically significant as a survivor from the early days of Beechworth and as an essential element of this historic gold town.

The house at 10 John Street is architecturally significant as a surviving example of a small early miner's cottage, and for its documented evolution from a miner's slab walled tent to a picturesque cottage.
[Online Data Upgrade Project 2004]