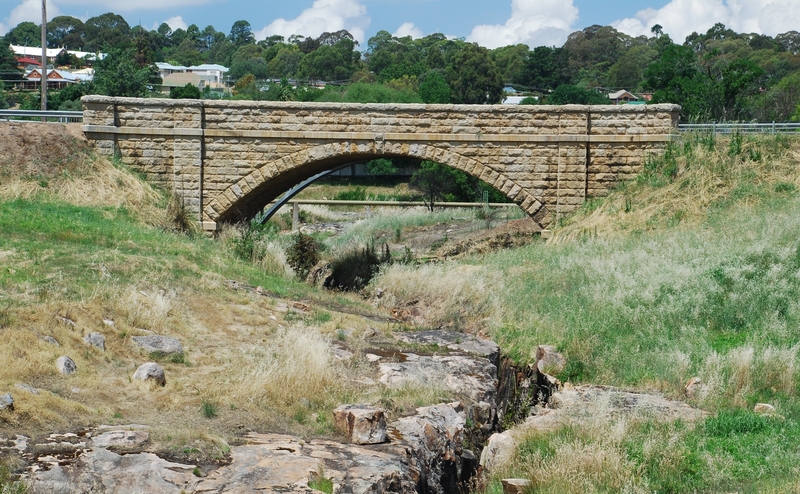 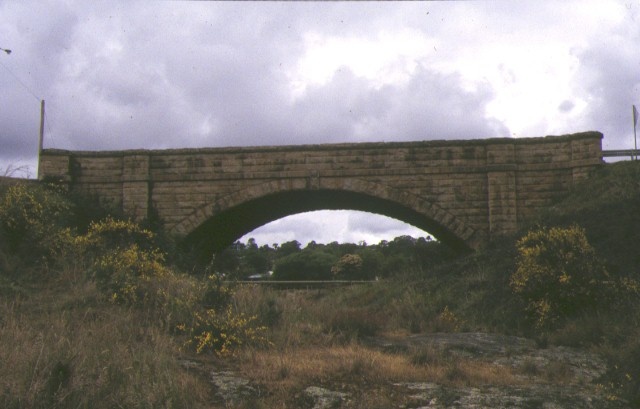 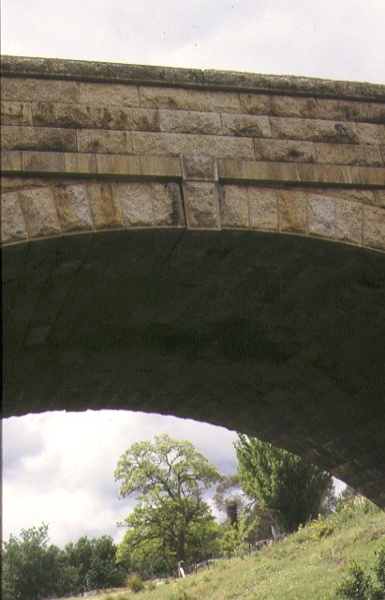 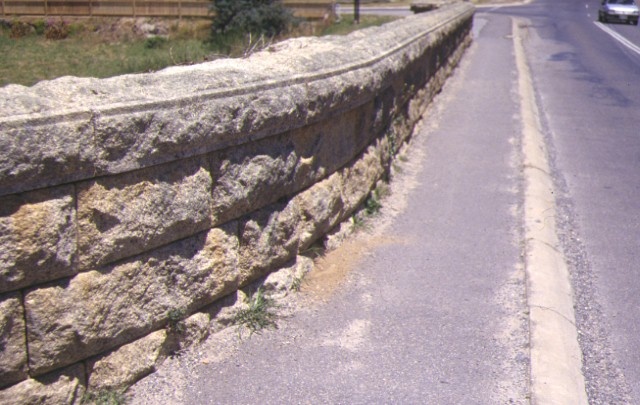 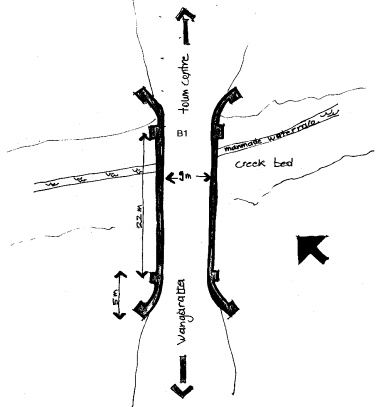 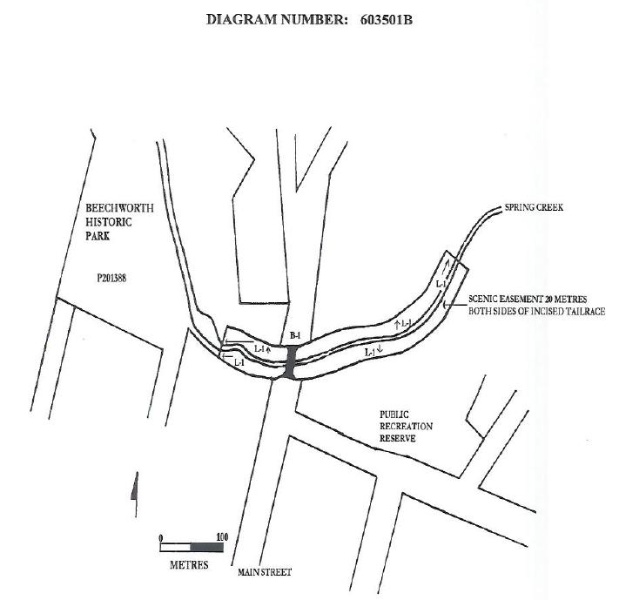 The Newtown Bridge is a single arch granite bridge built c.1875. The bridge spans over Spring Creek at Beechworth and is 24.8 metres long with a kerb to kerb width of 6.3 metres. The arch span measures 15.5 metres overall. The apex of the arch is adorned with two superimposed keystones while the lower (actual) keystone has been somewhat dislocated. The upper stone marks the centre of the smooth faced assailing course of granite. The capping stones have two carved weathering strips which run along the full length of the parapet. The weathering groove is open-ended thus allowing water to run off the surface of the capping stones. The parapet walls form an elegant curve at both ends while the darker coloured capping stones provide a distinctive contrast against the lighter stones of the parapet walls.

The Newtown Bridge is of architectural significance as an outstanding example of a large granite bridge and is important for the quality of its masonry work. The structure is an intact and representative example of a vernacular engineering tradition and demonstrates the use of local dimension stone and Scottish stonemason skills. The bridge is distinguished by its stone smooth faced string courses, rusticated parapet cappings, voussoirs and the far reaching and elegant span of the single arch.

The Newtown Bridge is of historical significance for its association with the gold mining era and the consequent growth of Beechworth, one of Victoria's most significant historic townships. The granite bridge replaced an earlier timber structure, which had been built further upstream c.1854, and it was constructed to facilitate transport and mark the entrance to the town The Bridge is also of significance for its association with the mining race over which it spans. The solid granite race was constructed in 1856 and was cut to drain the Spring Creek flats to enable miners to scour previously abandoned claims.

The bridge is of historical significance for its ability to illustrate the growth of the Beechworth township and it also provides a greater understanding of the development and impact of 19th century gold mining activities in the State. Due to the gold rushes of the 1850s rapid growth in economic activity occurred in Australia. Investment in roads and railways helped establish the national transport system and bridges formed important links in this expanding network. The Newtown Bridge is historically significant for its association with the expansion of Victoria's infrastructure in the 1870s and for its role in the development of transport systems.