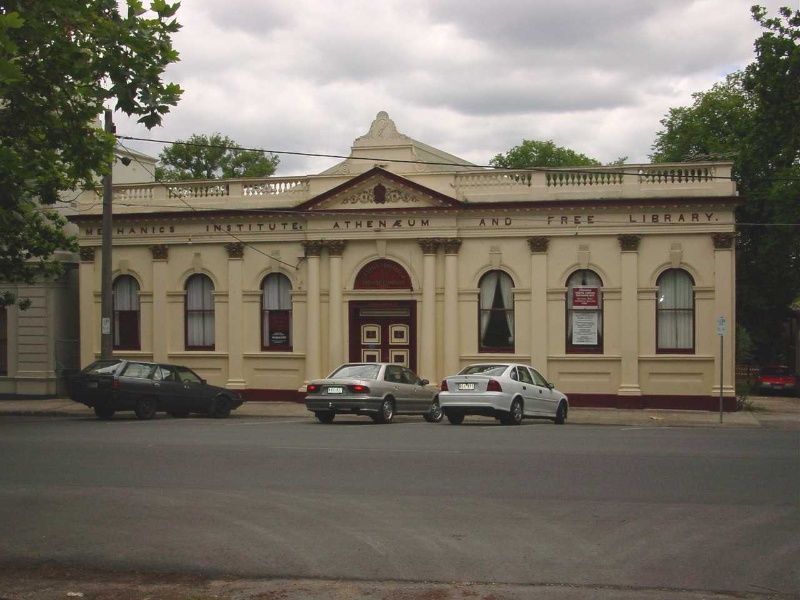 The region's oldest and most elaborate civic building, for many years the centre of social activities in Lilydale. Its facade is of an interesting architectural design. Included with the Lillydale Shire Offices, the facade of the adjacent Athenaeum, Mechanic's Institute and Free Library, a single storey facade with sympathetic neo-classic detail including pilasters, pairs of engaged columns supporting a pediment above and arched entrance door and a balustraded cornice. (National Trust citation as quoted by Tansley, 1978)

The building is important for its associations with Dame Nellie Melba and her performances there, including her appearance during her farewell concert series in 1928 (Criterion H.1). (RNE, 015547)

The Athenaeum is one of the region's most elaborate civic buildings and reflects characteristics of Victorian Free Classical style. Such characteristics include its strong symmetry, pilasters, Corinthian columns supporting a pediment above, its floral motif and a balustrated parapet (Criterion D.2). (RNE, 015547)

Together with the Shire Offices next door, the building forms an important streetscape element (Criterion E.1). (RNE, 015547)
Show more
Show less
All information on this page is maintained by Yarra Ranges Shire. Click below for their website and contact details.