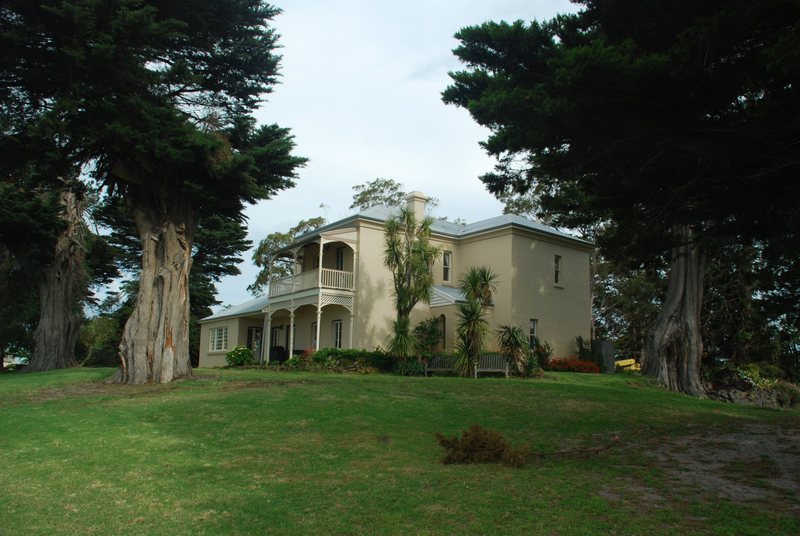 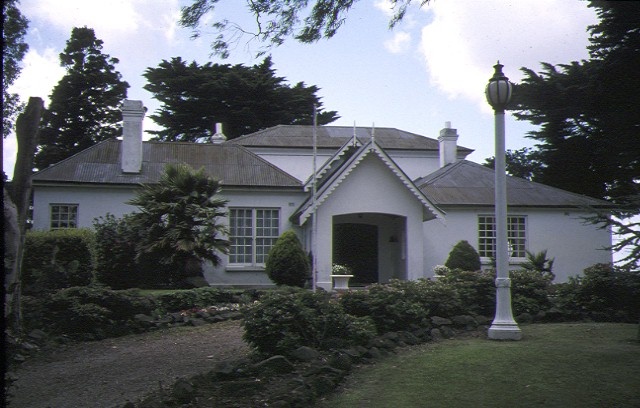 What is significant?
Harewood at Tooradin was built in 1865-8 on a sandy rise on the eastern shore of Western Port Bay for pastoralist William Lyall to plans drawn up by the Melbourne architect of Italian origin, Alessandro Martelli. It replaced an earlier cottage on Lyall's run. Lyall was born in Scotland, migrated to Port Phillip by way of Van Diemen's Land in 1847, and took up several pastoral runs throughout the colony. He was also a partner in a leading Melbourne firm of stock agents. He had made plans in 1858 to build a house here to use as a hunting lodge on his 30,000 hectare run, but there is no evidence that Harewood was used as anything other than a family home. During the late nineteenth and early twentieth centuries Harewood was the centre of social life in the Western Port district, and notable guests, including Lord Hopetoun, Governor of Victoria and later the first Australian Governor-General, and his wife, were entertained there. Lyall was a prominent member of the Acclimatisation Society, and introduced here Australia's first hares (which gave the name to the property), as well as partridges, deer, pheasants, shaggy highland cattle and various plant species. His interests were wide-ranging: he also imported pedigree English cattle, sheep and horses for breeding; he attempted oyster culture in Western Port in 1873; he imported a brick-making machine in 1876 to supply the district with bricks; and he lost money in unsuccessful attempts to drain the Koo Wee Rup swamps, including giving the Lang Lang River its first outlet to Western Port Bay. Lyall and his family were closely connected with the final years of the local Bunarong tribe, and Jimmy and Eliza, the last full-blood members of the tribe, lived in the room at the end of the stables during their later years. Lyall's descendants lived in the house until the 1960s.

Harewood at Tooradin is a large picturesque stuccoed brick house. The front part consists of two separate single storey hipped roofed sections with a separately roofed hall between. The hall originally had a hipped roof and a small porch; by 1890 it had a gable with decorative bargeboards and a larger gabled porch also with a bargeboards. The hall is a feature of the design and was originally covered with glass, which was partly replaced by timber in the 1880s; the hall was originally decorated with large pot plants. The rear of the house consists of a two storeyed L-shaped section, with a small porch over the back door and a two storey timber verandah on the side facing the bay. The roof is of corrugated iron. Several pieces of the original furniture, much of it made to order for Lyall in England, remain in the house. Most of the original outbuildings have been demolished, but the weatherboard stables have survived. The stable building is likely to incorporate the original hut on the site, built by Edwin Cockayne in about 1850.

How is it significant?
Harewood at Tooradin is of architectural and historic significance to the State of Victoria.

Why is it significant?
Harewood at Tooradin is historically significant because of its links with the early settlement of the district. It was the home of William Lyall, who was important in the early development of the Gippsland region, in the Acclimatisation Society and the introduction of European animals and plants to Victoria, in early agricultural experiments in the colony, and was a pioneer in the reclamation of swamp land. It is also significant as a link with Scottish immigration to Port Phillip, and with the original owners of this land, the Bunarong tribe.

Harewood at Tooradin is architecturally significant as one of the earliest houses in the Western Port district, for its relationship to the surrounding landscape, and for its unusual four block form, which might be due to the influence of its European-born architect, Alessandro Martelli.
[Online data upgrade project 2004]