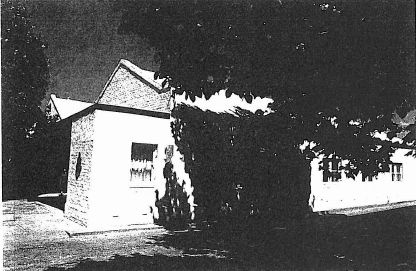 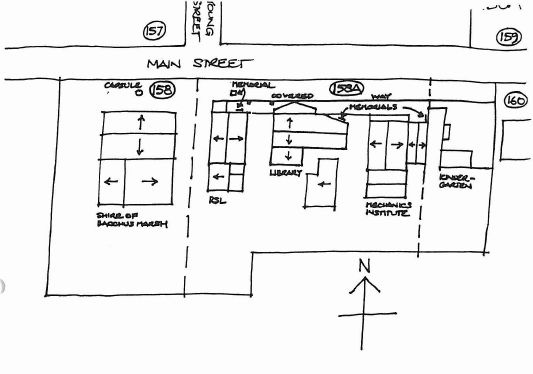 A group of three brick public buildings: the RSL (former Soldiers' Memorial Hall, 1921), the Public library (architect Peter Burns, 1971) (now demolished), and the Public Hall (former Mechanics' Institute, architect D.R. Stewan, 1883). Any stylistic characteristics of the halls have been erased and they have been linked to the library by a verandah, also by Burns in 1971, in a Modem, neo-Brutatist style. The group has local historical significance for its association with cultural, educational and social developments in the community life of Bacchus Marsh. The four memorial stones commemorate commitments by the community to international engagement (rather than casualties) and also the commencement of construction of the Mechanics Institute and an unknown earlier building. Finally the 1971 construction has local historical significance in demonstrating the effect of local government initiative and as evidence of the approach adopted at that time to conserving the two historic buildings.