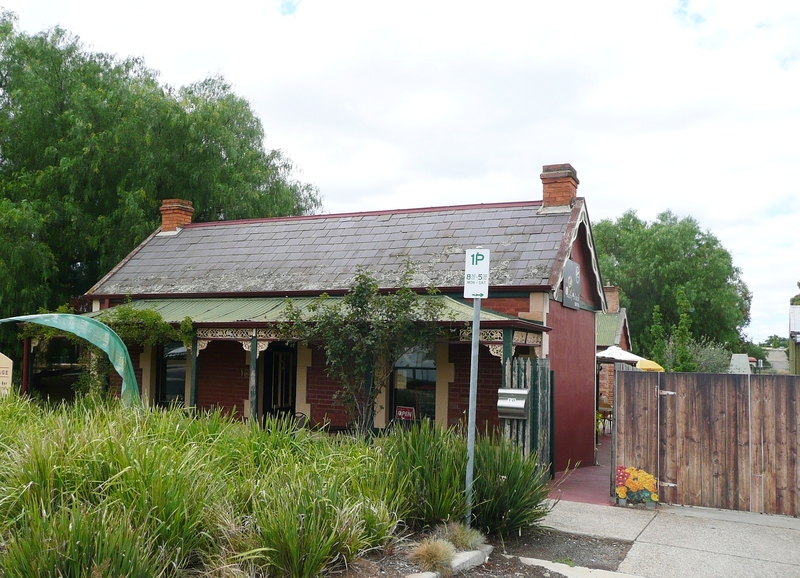 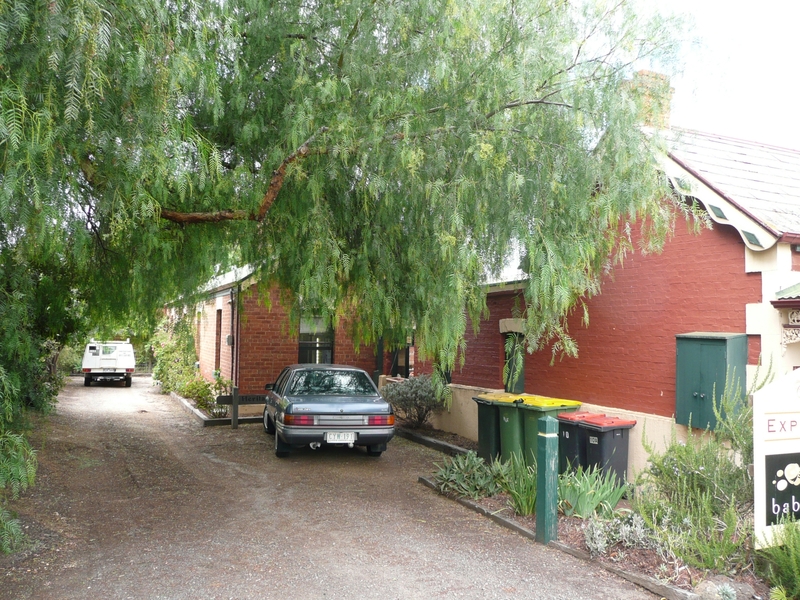 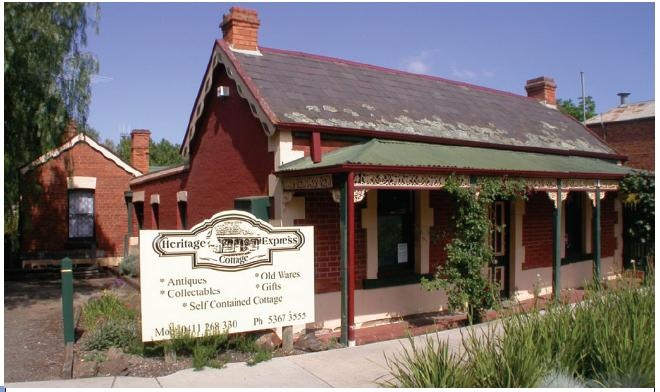 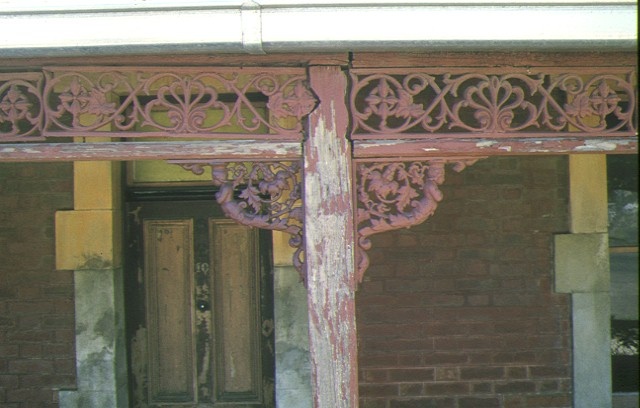 The original part of the house was built in c.1860 by William Watson, one of the founders of the Bacchus Marsh Express and a builder by trade, for himself and his mother. It consisted of a gabled cottage with a verandah across the front (now replaced) and was constructed of ruled rendered brick and probably had a shingled roof. In 1868 Watson extended the house, building the two-room cottage that now fronts onto Gisborne Road. In 1876 Watson sold his house and advertised it as "house of brick with slate roof, consisting of seven rooms, dairy, wash-house and underground tank, and outbuildings and one acre of land". It was bought by James Samford for £325 and tenanted until 1880 when it was purchased by Christopher Crisp.

The Bacchus Marsh Express was founded by George Lane, a book binder, and the first issue was published on 7th July 1866. The second edition was published by the Bacchus Marsh Express printing Co. which consisted of Dr. Are (editor), Rev James Scott, John Sanders, James E Crooke, James Young, William Watson and George Lane (printer). The syndicate failed after three months and the ownership was then taken up by Lane and Christopher Crisp, an Englishman who had been employed as a compositor by the company. Crisp was the editor of the Express from 1866 till his death in 1915, when he was succeeded by his son, Christopher, till 1932 and his grandson, FCM. Crisp, thereafter. Under Crisp's direction, the Express widened its readership and was subscribed to by public men and civil servants in Melbourne.

In the 1870s Crisp argued for the extension of Government responsibilities as a basis for social and political progress. In the 1880s Alfred Deakin and James Service acknowledged the influence of the Express on their legislative thinking and its proposals were debated during the drafting of the Federal constitution in 1895-98. In local affairs Crisp was active in promoting the Mechanic's Institute and water storages, revived the Agricultural and Pastoral society in 1883 and negotiated the completion of the Ballarat- Melbourne railway line in 1889. He made a number of private contributions to the legislative debates of the 1880s-1890s, publishing Wanted: a Cosmology (Bacchus Marsh 1895) and seed thoughts, Victoria Review 8th September 1883. During crisp's ownership the house was further extended to the rear some time after 1890. This involved the enclosure of the well at the rear and the addition of outbuildings.

After his death the building was occupied by Mrs Mcfarlane and a flat was added to the rear of the house c.1945 for an employee of the newspaper who later became a part-owner of the Express. The property remained in the ownership of the Crisp family until its sale in 1977. The house, throughout its many additions remains fairly simple with the exception of the 1868 addition which fronts on to Gisborne Road. Constructed of brick, with stone quoining at the corners and windows surrounds, the addition has a gabled roof with bargeboards decorated with lozenges. The concave colonial verandah is supported by simple timber posts and has a most elaborate cast-iron frieze and brackets based on French renaissance revival forms and employing the use of sinuous caryatids in the brackets. Internally the house is very simple with coved plaster ceilings in the original part and several fireplaces which appear to be later additions. The verandah to the south side is new but probably replaced an original. The 1940s addition is an unexceptional brick building with interest lying only in its squared-off keyhole portal.

This house is one of three buildings adjacent to each other along Gisborne Road all connected with the Bacchus Marsh Express. They are the newspaper office and on each side the home of the original editor and printer. This building is of great importance as the home of Christopher Crisp and is an integral part of the Express complex.