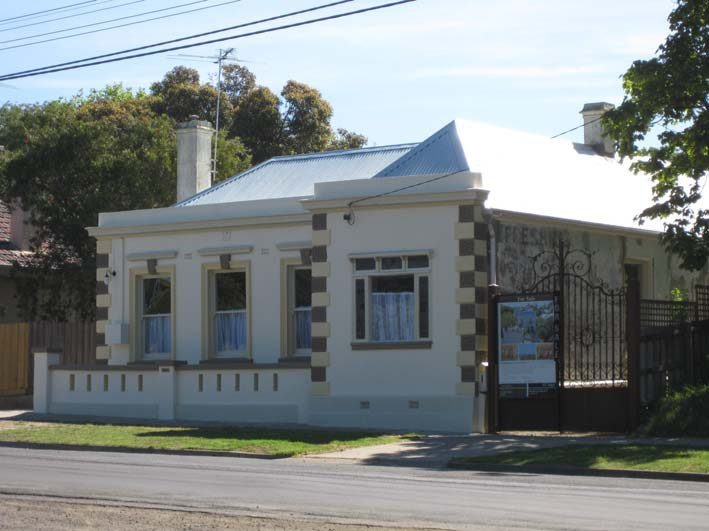 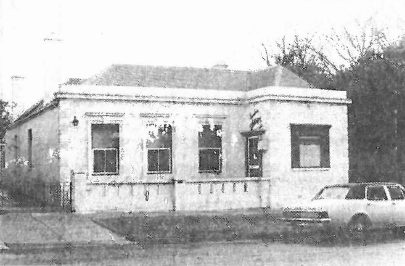 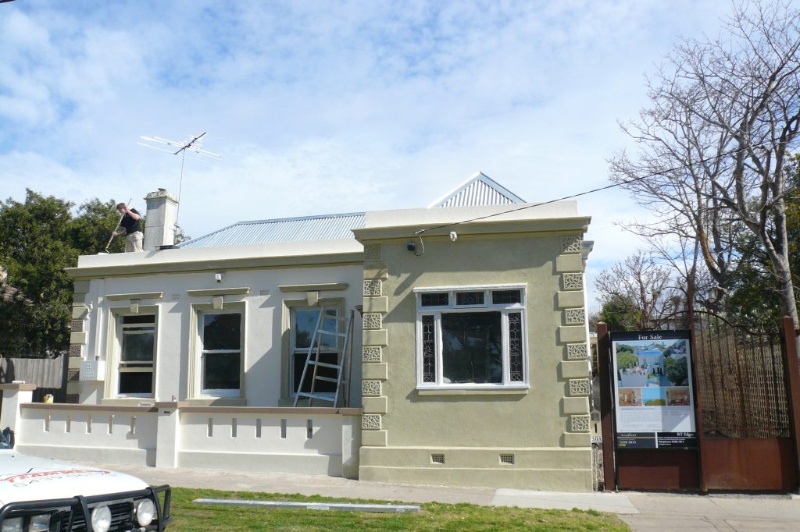 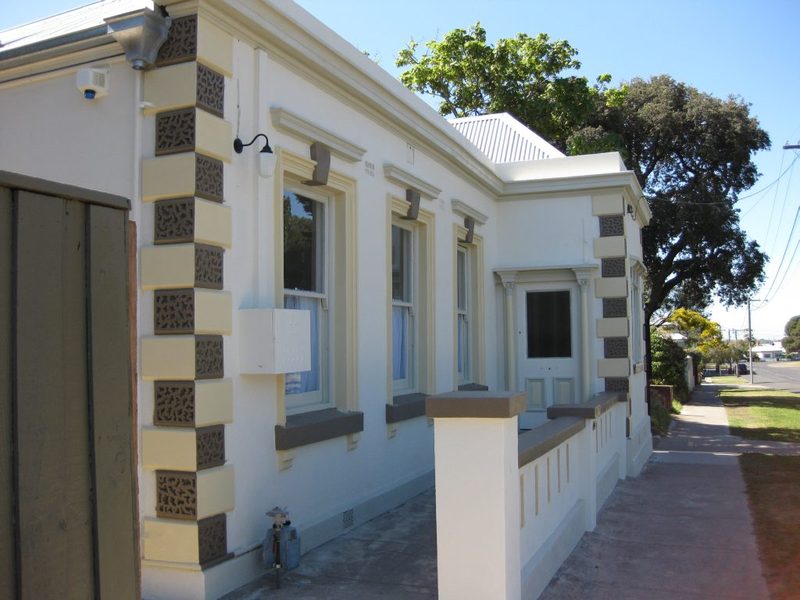 Caribou Cottage is of historical and architectural significance to the Borough of Queenscliffe. It is of historical significance as a comparatively early residence in Queenscliff which has been adapted and used as commercial premises, including as an early branch of the former State Savings Bank of Victoria. The original owner was William Sampson Jamieson, a baker in Queenscliff in the 1860s, and later (by 1886) Mayor of the Borough. Architecturally, while an evolved building and not externally intact to its original 1870s form and appearance Caribou Cottage has a highly decorated facade, with an unusual composition and somewhat awkward application of Classically-inspired detailing. Elements of note include the vermiculated quoining, entrance flanked by slender Classically-inspired columns, and the window treatment of rendered architraves with keystone and projecting cornice above.